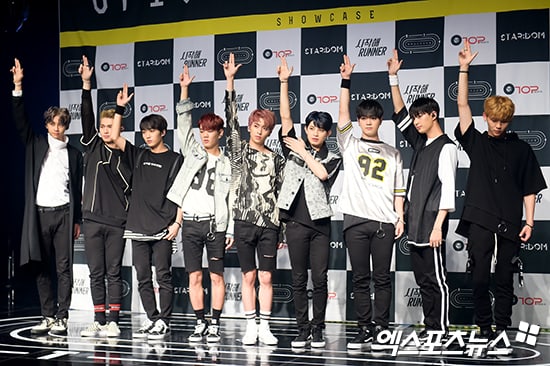 On June 29, UP10TION held a showcase for their sixth mini album “STAR;DOM.”

At the showcase, the members shared interesting moments from their music video shoot for “Runner” and Sunyoul brought up an incident that happened with the camera on set.

“While filming the music video, I crashed into the camera,” Sunyoul said. “I saw stars for a moment. The camera seemed like a really expensive one. Even while I was in pain, I was worried about the camera.”

Wei said, “We were really alarmed. It wasn’t a regular video camera but a jimmy jib. There was a loud noise as he crashed so we were worried, but he was embarrassed and said he was okay right away.”

UP10TION released their mini album and music video for “Runner” at 6 p.m. KST on June 29.

UP10TION
Sunyoul
XPN
How does this article make you feel?