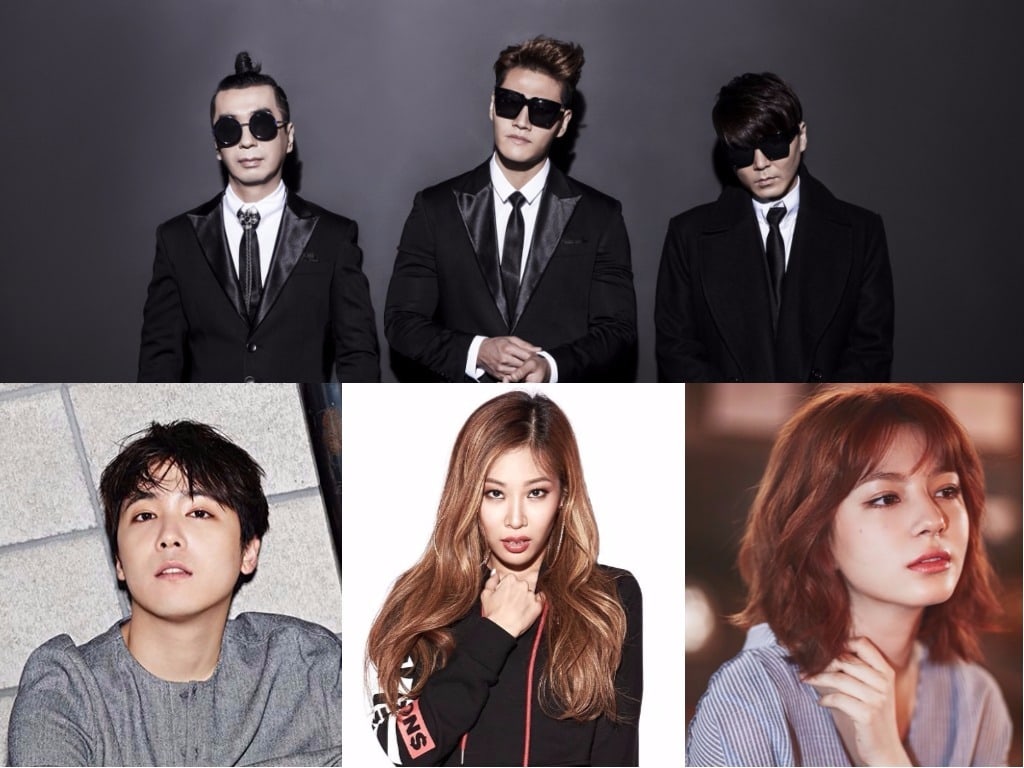 On the August 27 episode of SBS’s “Fantastic Duo 2,” various artists faced off against each other to see who would be Turbo’s partner on the rest of the show.

The contestants included FTISLAND’s Lee Hong Ki, Park Seul Gi, Jessi, Shannon, and Sleepy and DinDin. Lee Hong Ki introduced himself by saying, “I’m Lee Hong Ki, president of the bowling club I established. FTISLAND is in its 10th year and I want to keep going for a long time like Turbo.”

Turbo is a dance duo that debuted in the 1990s. Variety star Kim Jong Kook is one of the original members and in 2015 he gathered the former members back and made a comeback as a trio.

Jessi said, “I really wanted to stand on stage with Turbo but our genres were so different and there was no opportunity. I hope this will be a fun performance.” Sleepy and DinDin, who were competing as part of the same team, also expressed their love for Turbo and did a rap battle with them.

Shannon introduced herself as a solo singer that debuted as a child musical actress in London before coming to Korea when she was 12. Park Seul Gi, a comedian, shared that she gained confidence after seeing Kim Joon Hyun appear on a previous episode.

Turbo chose Jessi, Lee Hong Ki, and DinDin and Sleepy to be the three finalists. In the end, Lee Hong Ki was picked to be their partner for the rest of the episode.