Wanna One’s Kang Daniel, Lee Yi Kyung, And More Talk About What “It’s Dangerous Beyond The Blankets” Meant To Them

The homebodies of MBC’s “It’s Dangerous Beyond the Blankets” bid farewell to their show.

On July 12, the reality program aired its season finale, in which the cast gathered at their dorm to spend their last day together. Lee Yi Kyung, Highlight’s Yong Junhyung, Wanna One’s Kang Daniel, and NCT’s Mark got together to watch a soccer game on television, and Loco hosted “The Loco Show” before it began.

During “The Loco Show,” viewers got to see some previously unaired footage of the members. The cast was also joined by Loco’s friends Gray and Woo Won Jae, who came to visit the dorm.

Gray said, “I used to be a homebody, but these days, I’m enjoying the nightlife.” Woo Won Jae added, “I’m a serious homebody. When I go home, I put my phone on airplane mode and spend my time alone. I lie down and don’t do anything.”

The cast and their guests had fun playing games with watermelon seeds, lemons, and whipped cream. Afterwards, they chatted over some snacks and beer. 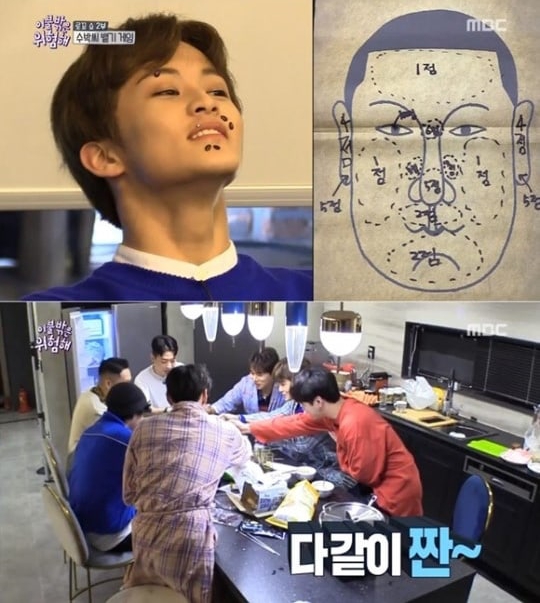 At the end of the episode, the cast members shared their thoughts on their appearance on the show. Describing the program as a “a good night’s sleep,” Yong Junhyung said, “When I’m home, I really have a hard time sleeping. I was very stressed out because of that. But whenever I come to ‘It’s Dangerous Beyond the Blankets,’ I sleep so well. I don’t know whether it’s because I feel comfortable.”

Kang Daniel stated, “‘It’s Dangerous Beyond the Blankets’ is a variety show that I appeared on before I debuted. It was the first variety show of my entire life. I met many older brothers [during the pilot special] and thought that it was a great variety show, so I really wanted to be the first to join the cast if the show was picked up for regular programming. I was able to come and make many good memories, so I’m really happy.”

Lee Yi Kyung commented, “I met many people and feel as though I’ve quenched my thirst. [To me,] ‘It’s Dangerous Beyond the Blankets’ was like a rest stop on a long highway leading to my destination.”

Loco said, “I wondered if it might be dangerous, but in the end, it felt like I was going back inside the blankets. It was a comfortable, cozy time. To me, ‘It’s Dangerous Beyond the Blankets’ was the inside of the blankets.” 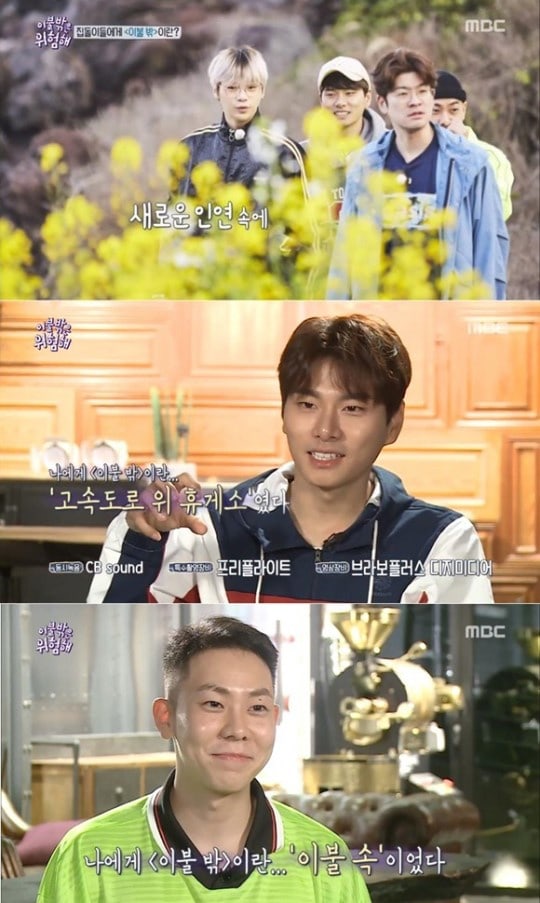 “It’s Dangerous Beyond the Blankets” concluded its first season on July 12. Check out the latest episode below!

Wanna One
Loco
Yong Junhyung
Lee Yi Kyung
Mark (NCT)
Highlight
Kang Daniel
It's Dangerous Beyond the Blankets
How does this article make you feel?