MBC’s “Time” has unveiled a glimpse of a heartwarming scene from its next episode!

On August 16, “Time” released new stills of Girls’ Generation’s Seohyun and Ahn Ji Hyun, who play close friends in the drama. Seol Ji Hyun (played by Seohyun) is a bright and optimistic aspiring chef who is suffering from the recent loss of both her sister and mother—and who has resolved to uncover the truth behind their deaths. Meanwhile, Oh Young Hee (played by Ahn Ji Hyun) is a loyal friend who has always remained by Seol Ji Hyun’s side during difficult times.

The latest photos from the drama show Seol Ji Hyun and Oh Young Hee enjoying a girls’ night in as roommates. Dressed casually and looking completely at home with one another, the two friends hang out and open up to each other over food and soju.

According to the crew, as soon as Seohyun arrived on set to film the scene, she was unable to take her eyes off the delicious food that they had prepared as props. She and Ahn Ji Hyun also reportedly acted out the scene so convincingly that the staff commented, “Their acting is so real that it makes you want to have a glass of soju.”

The drama’s producers remarked, “Seohyun, who has been showing her best acting yet through ‘Time,’ flawlessly pulled off the scene in which she drinks soju and eats bo ssam [roast pork wraps], making the staff hungry.” 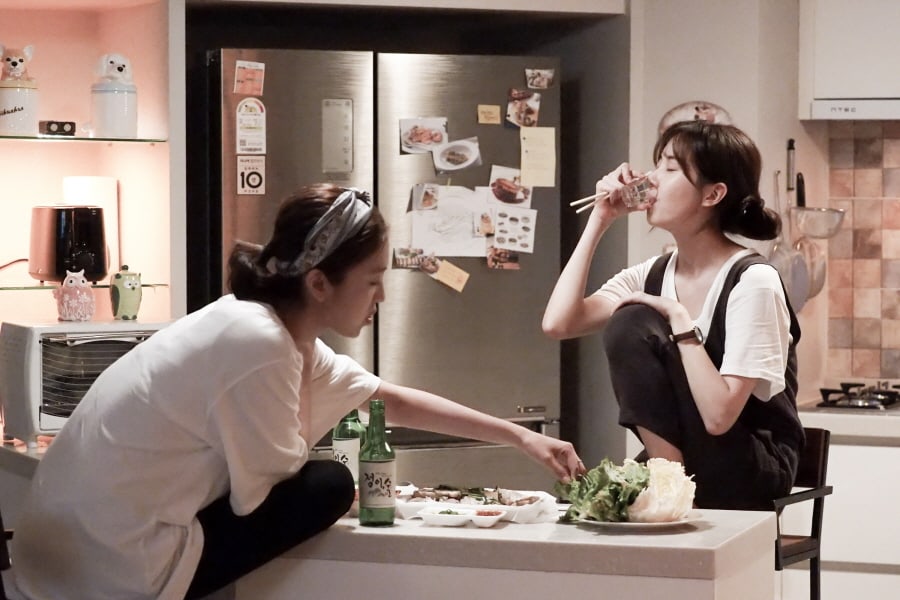 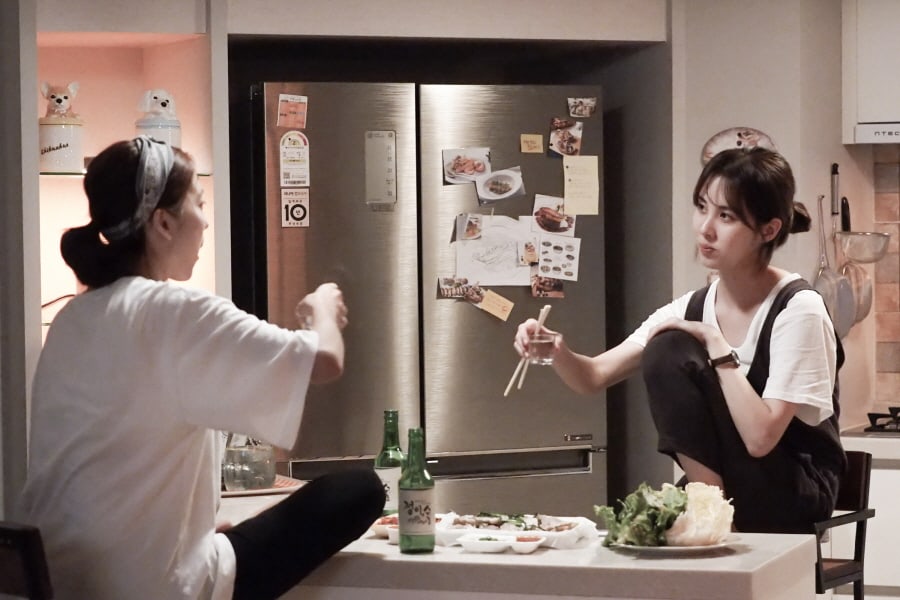 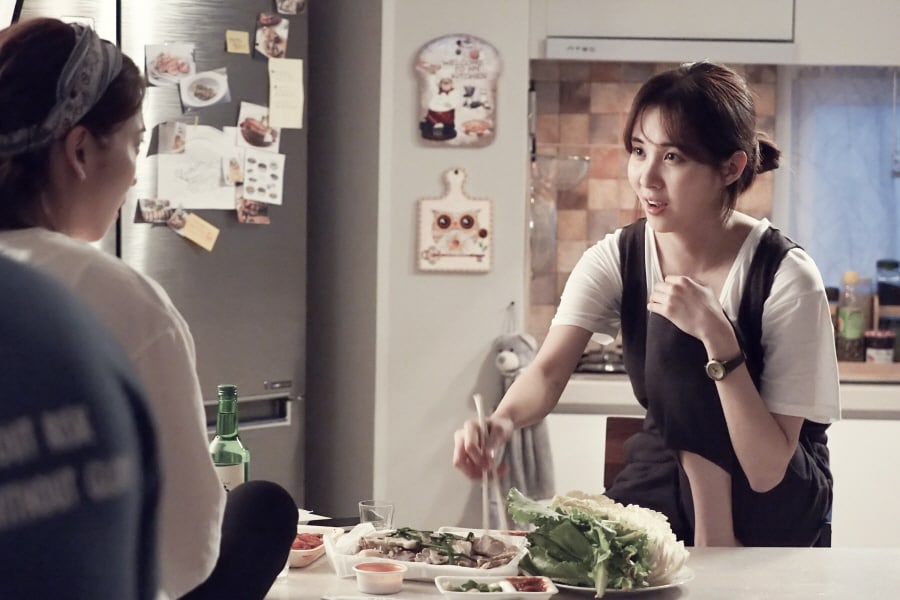 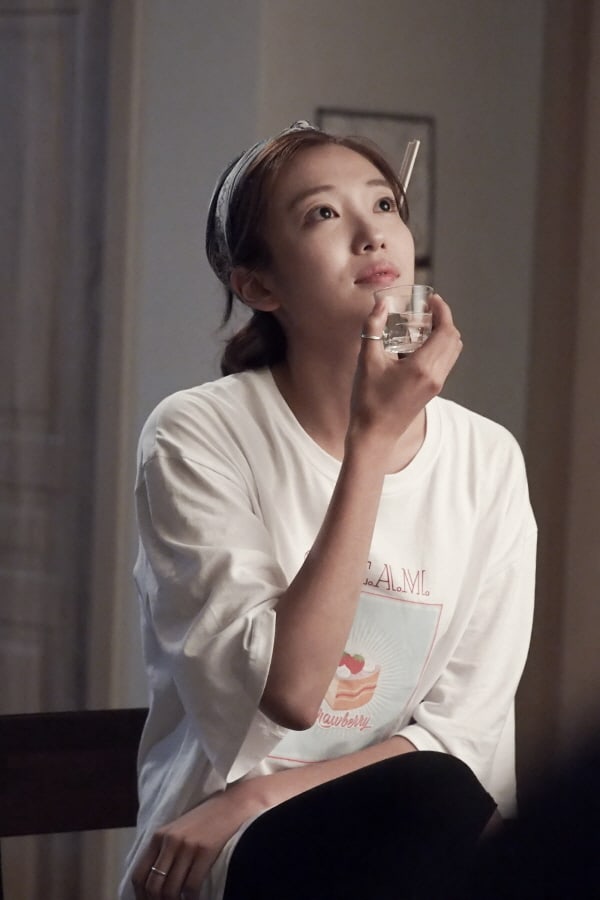 The producers added, “Please look forward to the thrilling path that Ji Hyun will take on this week’s broadcast after being disillusioned by the deaths of her sister and mother.”

The next episode of “Time” will air on August 16 at 10 p.m. KST. In the meantime, catch up on the latest episode of the drama below!