Son Yeo Eun and Ha Joon told the story behind their dating rumors.

On September 26, the cast of the upcoming drama “Bad Papa” appeared on MBC’s “Radio Star.”

When host Yoon Jong Shin said, “I heard from the ‘Radio Star’ writers that Son Yeo Eun and Ha Joon might have a fling,” the two actors shared their sides of the story.

Son Yeo Eun began, “We were introduced to one another since we’re in the drama together. He gave me a 90-degree bow and called me sunbaenim (senior). We exchanged numbers and I received a text message from him that night. It didn’t have the same vibe as the person who gave me a 90-degree bow just earlier that day. It said, ‘Noona! It was so nice to meet you today.’

“He said, ‘Since we only saw each other for a short amount of time, please buy me a yummy meal.’ It made me think that he was bold in approaching me, but I’m very shy.”

Ha Joon explained, “When you’re acting, you have to get close to one another in order to communicate well. I’m younger and it seemed like I needed to approach her first.” The actor is four years younger than Seo Yeo Eun and she debuted 10 years earlier than him.

When the hosts also asked Ha Joon about how he reminded Seo Yeo Eun to take digestion medicine, the actor replied, “To my acting partner, I always give them a lot of my heart and think about them a lot. She was cold that day, so I wondered how she was doing because her acting has to be good for my acting to be good as well.” 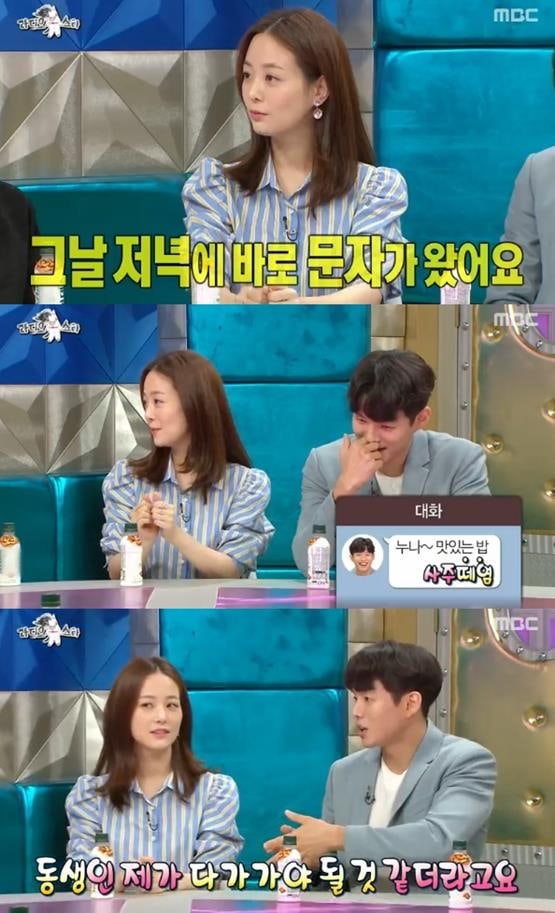 Catch Seo Yeo Eun, Ha Joon, and more in “Bad Papa” when it premieres on October 1. In the meantime, watch the trailer with English subtitles below: