The new Saturday-Sunday drama is about the supernatural events that occur at the South Catholic Hospital, and a doctor and exorcist who work together to protect the people they love.

In the drama, Oh Soo Min (played by Yeon Woo Jin) and Moon Ki Sun (played by Park Yong Woo) have a long-standing mentee-mentor relationship. Oh Soo Min, also known by his Catholic name Michael, leads unofficial exorcism association 634 Regia and is an exorcist who protects his principles. Moon Ki Sun, known by his Catholic name Peter, is an exorcist who tries to protect everyone.

The main posters for OCN’s first medical exorcism drama feature actors Yeon Woo Jin, Jung Yu Mi, Park Yong Woo, Son Jong Hak, Oh Yeon Ah, and Yoo Bi posing together in an intense way. The first poster only showcases the actors’ silhouettes, while the second poster displays them in the same position, but with their faces shown clearly. The poster ties the six characters together, while the 634 Regia sign catches viewers eyes. 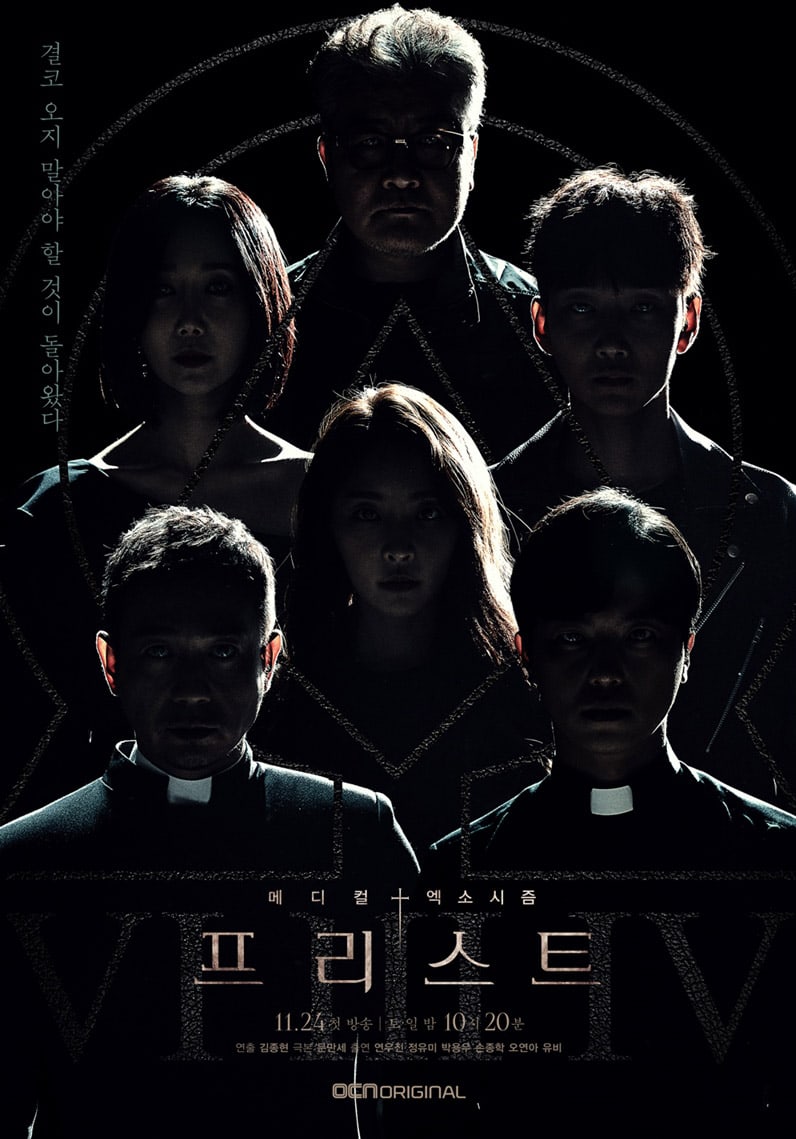 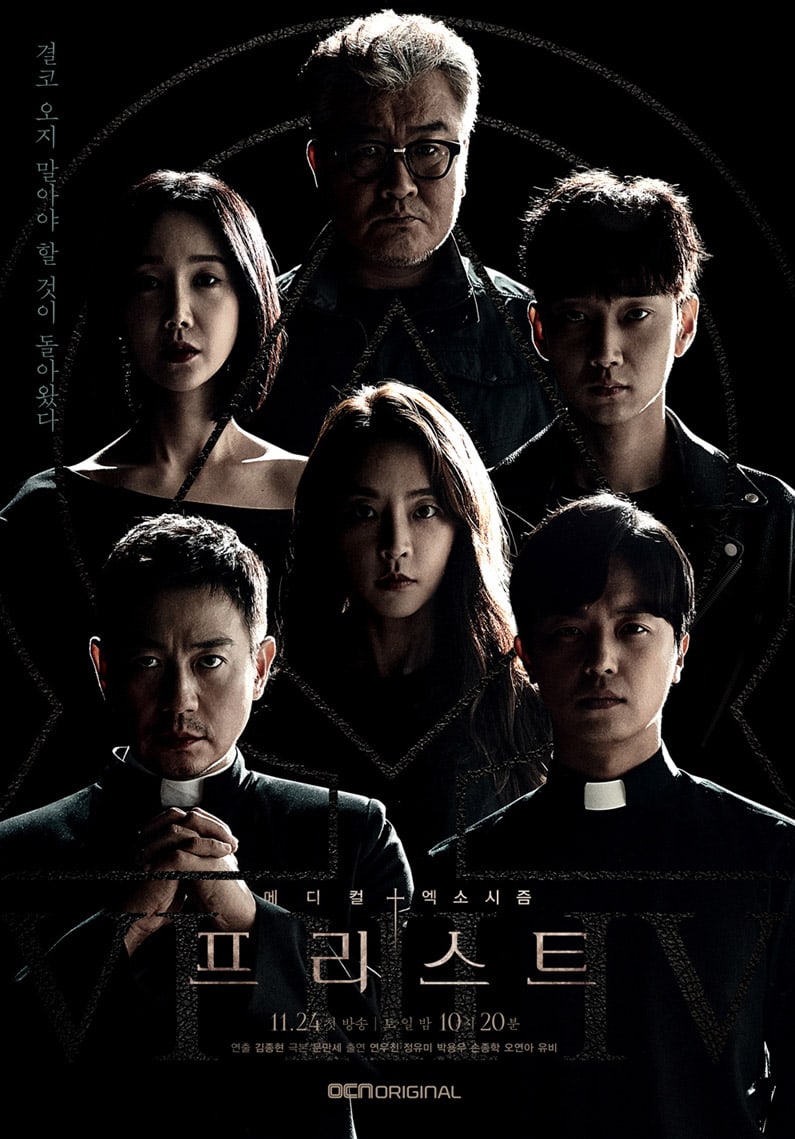 The poster also reveals the main members of 634 Regia for the first time. Son Jong Hak will play Ku Do Kyun, a detective who is on the brink of retirement, while Oh Yeon Ah will take on the role of Shin Mi Yeon, a woman who runs the 636 Regia’s secret gallery. Yoo Bi will star as Jung Yong Pil, the driver of a private ambulance who also holds an emergency medical technician license. These members are not exorcists, but are meaningful members of the organization.

One person in the poster who is not a member of 634 Regia is Jung Yu Mi, who will take on the character of Ham Eun Ho, a doctor who tries to protect lives. The six people will use the poster’s caption of “The thing that should have never returned has come” as their pushing factor and work together as a team to save lives.

The production staff stated, “Other than exorcists and doctors, who represent exorcism and medical concepts, characters with various occupations will appear in ‘Priest.’ Please look forward to these characters who have gathered, regardless of their jobs, to focus on the core belief of protecting their precious people.”

The drama will premiere on November 24 at 10:20 p.m. KST, following the broadcast of “Player.”