Nam Tae Hyun, Austin Kang, and Kwon Hyuk Soo have turned into ideal husbands for the most recent episode of “In-Laws In Practice”

The variety show revolves around three fantasy couples who are paired up to begin their “newlywed” lives while their real-life parents watch from the studio.

Lovelyz’s Mijoo and Kwon Hyuk Soo continued their Halloween-themed housewarming party while dressed up as Harley Quinn and The Joker from “Suicide Squad.” She obsessed over the lie detector, and after several attempts, she finally got a sincere “I love you” from her on-screen husband.

They began to tidy up the house for the last guest. Mijoo washed the dishes while Kwon Hyuk Soo cleaned up. She accidentally washed the dishes with hand soap and not dish soap, and he happily cheered her on after catching her mistake.

Their last guest turned out to be model Moon Gabi. Mijoo’s mother and Kwon Hyuk Soo’s father were not pleased that he invited a girl to their party, and even Mijoo grew jealous. Kwon Hyuk Soo told his on-screen wife, “Mijoo, don’t misunderstand. Gabi is like a little brother to me.”

Moon Gabi helped the couple take Halloween photos. By utilizing lighting and props actively, a unique atmosphere was created. The three people had a good time taking pictures together. 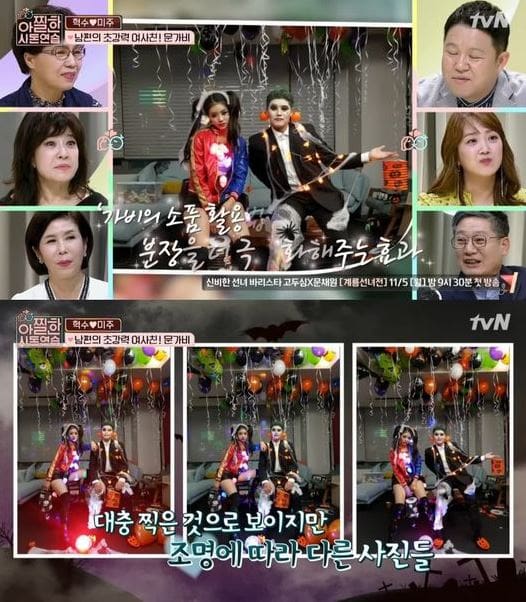 Jang Do Yeon met Nam Tae Hyun’s band South Club for the first time. They talked about how she had appeared on “King of Masked Singer,” and Nam Tae Hyun awed over her singing skills, saying, “After I heard the song, I thought your tone was really nice.” The couple decided to sing Soyou and Junggigo’s “Some” for a busking event, and after much practice, they successfully completed the sweet duet.

After singing, Jang Do Yeon, Nam Tae Hyun, and his band went to eat gopchang (small intestines). Nam Tae Hyun mixed drinks for Jang Do Yeon and even sang her favorite South Club song “Hug Me” at the restaurant. Touched, she gave him a real hug, catching everyone by surprise. 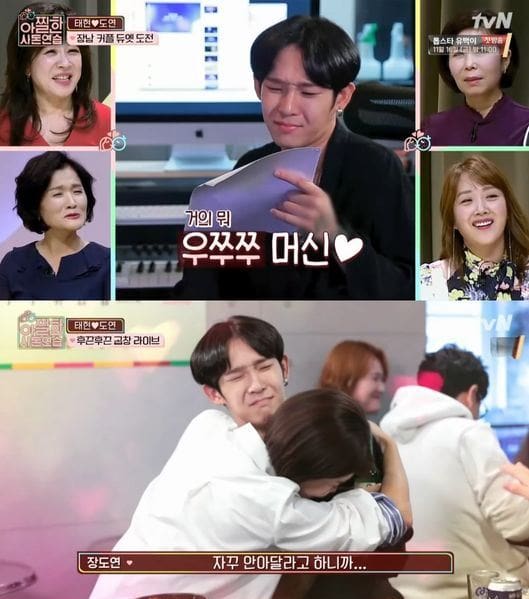 Austin Kang prepared a special event for 9MUSES’s Kyungri for the holidays. When he ran out of helium gas, he directly blew air into the balloons. After blowing up all the balloons, he made pancakes. Kyungri helped him by frying eggs, and they enjoyed brunch together.

Austin Kang gifted Kyungri with a bedroom that was decorated with balloons, flowers, and candles as well as a large bouquet of roses. He said, “I’ll be really good to you since you’re my wife.” Kyungri couldn’t hide her touched emotions and didn’t stop smiling at his sweet efforts to make her happy.

The second event Austin Kang had prepared was a wedding photo shoot. He prepared several dresses, bouquets, and shoes for it. Austin Kang proposed to Kyungri in poor Korean with couple rings he had prepared. The ring he got for her didn’t fit, but she eventually forced it on her finger. 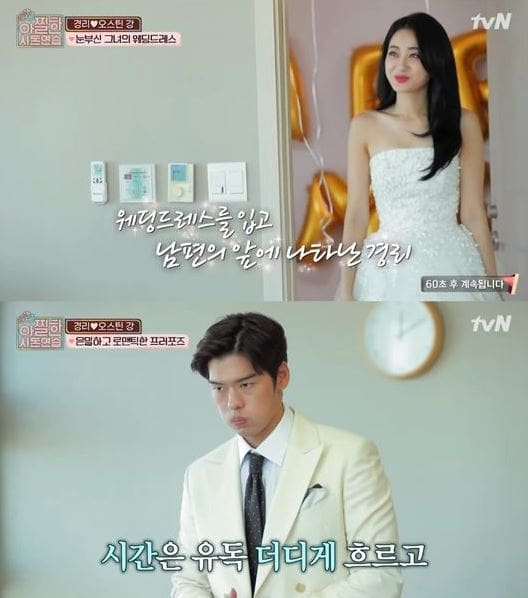 Which couple is your favorite so far?