On November 23, the 39th Blue Dragon Film Awards recognized some of the best performances, films, and filmmakers from the past year.

The annual ceremony was held at Kyung Hee University Grand Peace Palace, with actors Kim Hye Soo and Yoo Yeon Seok as the MCs. The winners of the 39th Blue Dragon Film Awards were chosen through a combination of surveys of experts in various fields within the industry and the results of online votes. Films that were released between October 12, 2017 and October 11, 2018 were eligible this year.

The Best Film award went to “1987: When the Day Comes,” while Kim Yun Seok took home the Best Actor award for his performance in the movie. He said, “I want to share this joy with all of the people who were nominated. I also want to express my gratitude to my beloved family.” He extended his thanks to the families of those who fought for democracy, who are depicted in the film.

Han Ji Min received the Best Actress award for her work in “Miss Baek.” She tearfully said, “Thank you for this award, it is an honor,” before mentioning the pain and difficulties that she went through in the long time it took for the film to be released. “I think that it’s thanks to the sincere message of ‘Miss Baek’ that I’m able to stand here at the end of that heavy and difficult time,” she said. “Rather than taking on ‘Miss Baek’ because of my ambitions as an actor, I instead had a great desire to show our society’s dark and painful reality through the film.” She went on to say that she wishes to share the honor with her co-stars and the film’s staff. 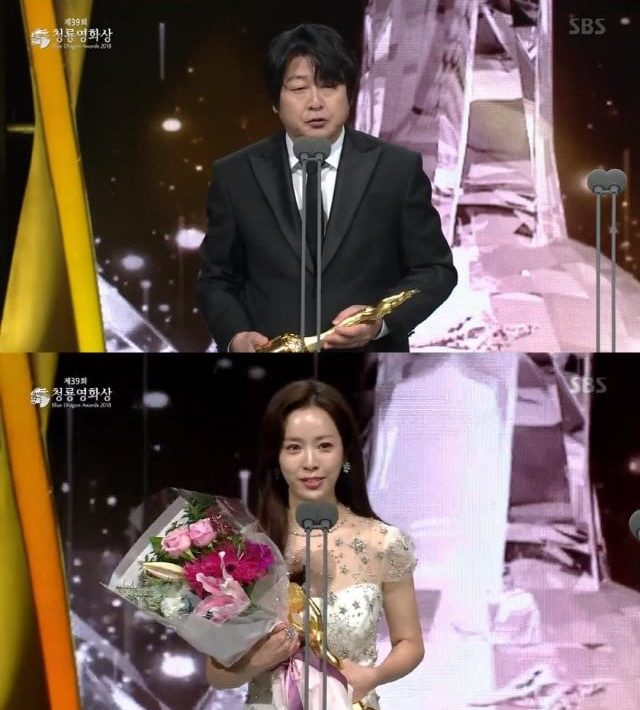 Kim Hyang Gi cried in surprise over her win, and said she learned a lot while filming “Along with the Gods: the Two Worlds” during her first to third year in high school, and thanked the staff and director. “Thank you for giving me this great memory before I become an adult,” she said. “Thank you to my school and teachers as well for being understanding as I did my studies and acting at the same time.” 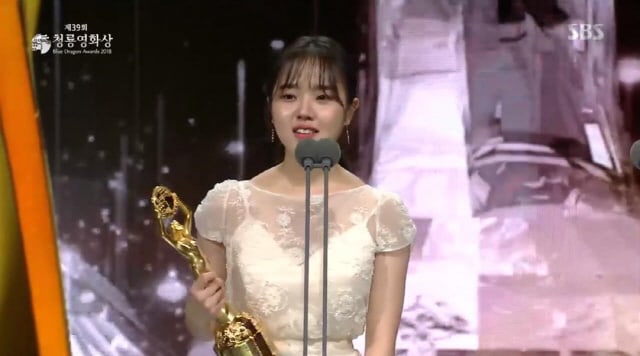 Nam Joo Hyuk said, “When I first received this project, my goal was just to not cause any inconvenience, however I have now received this great award. Thank you. I’ll work harder in the future.”

Kim Da Mi stated, “I still feel like I’m dreaming. It’s already been a year since we filmed ‘The Witch: Part 1. The Subversion’ last year, but I still have clear memories of it. Thank you to director Park Hoon Jung. I want to become a better actor.” 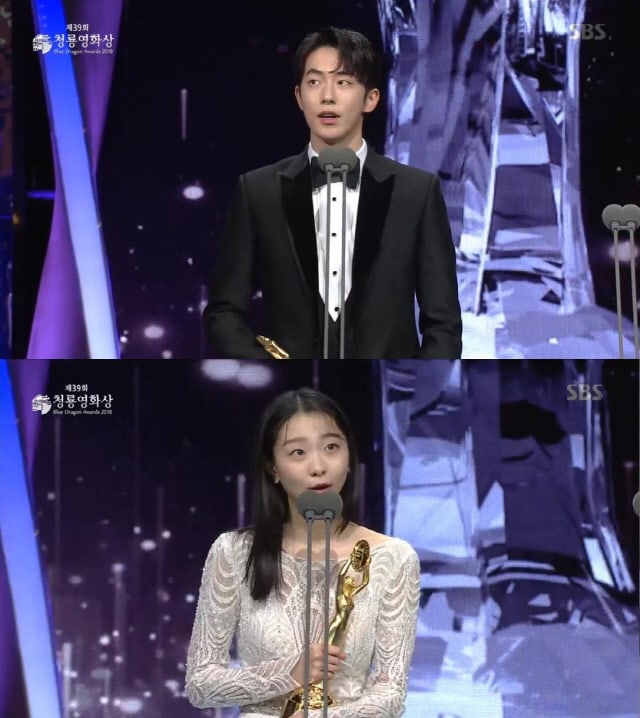 Best Supporting Actress: Kim Hyang Gi (“Along with the Gods: the Two Worlds”)

Technical Award: Jin Jong Hyun (“Along with the Gods: the Two Worlds”)

Audience Choice Award for Most Popular Film (highest viewership award): “Along with the Gods: the Two Worlds”