Lee Min Jung and Heo Joon Suk will meet as debtor and debt collector in “Fates and Furies.”

The upcoming SBS drama will tell the conflicting story of two men and two women. It will tell the story of a woman who loves a man to change her fate, and a man who loves her while believing that she is his destiny. It will also tell the story of another woman who tries to win over the man due to her own reasons, and another man who tries to win her back for revenge.

In the revealed stills, Lee Min Jung glares coldly at Heo Joon Suk. Her tough attire consists of a black hat and dark green jumper. She’s dressed as if she doesn’t want to be discouraged by the debt collector. The empty soju bottle, rice bowl, and earthen bowl in front of her seem to be explaining her current situation. She pretends to be strong, but it seems as if tears will pour out of her eyes any moment.

Sitting across from her, Heo Joon Suk doesn’t seem like an easy opponent. He doesn’t care about her charisma and just stares her down with a suffocating gaze. Viewers are wondering why Lee Min Jung meets Heo Joon Suk at a shabby restaurant, and what he will say to her. 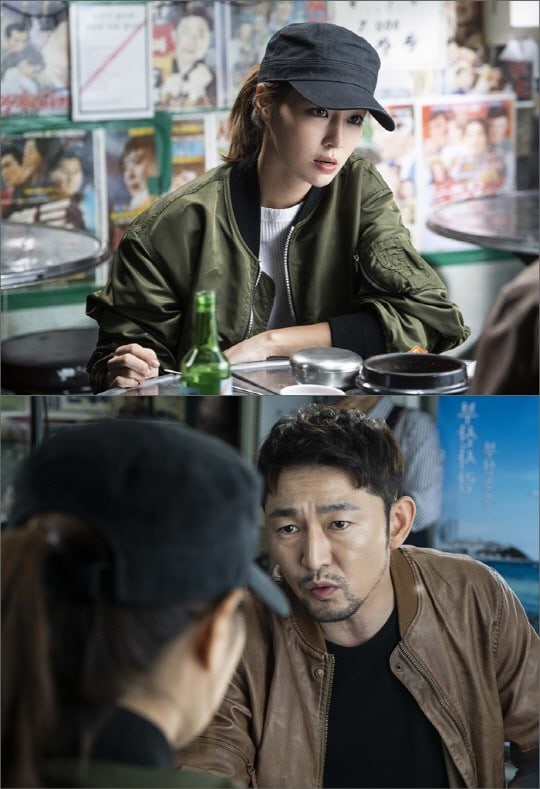 The production crew commented, “Debt collector Kim Chang Soo [Heo Joon Suk] is a character who persistently harasses Goo Hae Ra [Lee Min Jung]. His proposal will lead her to a completely different way of life. Viewers will not be able to take their eyes off the TV due to the villain named Kim Chang Soo and the feelings of pity that will arise for Goo Hae Ra.”

The first episode of “Fates and Furies” will be broadcast on December 1 at 9:05 p.m. KST. The show will be coming to Viki. In the meantime, watch a teaser below!

Lee Min Jung
Heo Joon Suk
Fates and Furies
How does this article make you feel?