Actors Who Boggled Our Minds With Their Dual Roles

However, there are some actors who portrayed two characters so perfectly that their characters seemed like two different people.

Here are a few actors who did full justice to their double roles:

In the currently airing drama “The Crowned Clown,” Yeo Jin Goo plays both King Lee Heon and the clown Ha Seon. As Lee Heon, he is merciless and cold while as Ha Seon, he displays a warm, bright smile all the time. He is being praised by viewers for portraying both bright and dark characters impeccably in one drama. 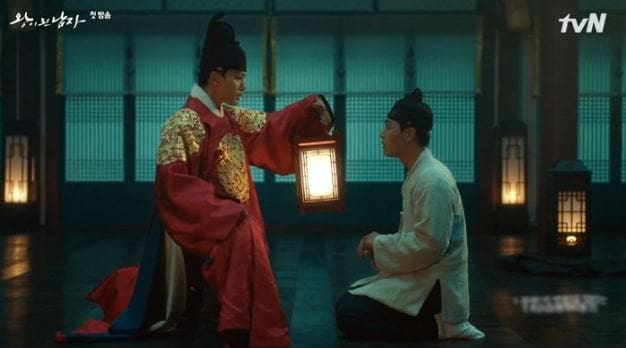 Check out the latest episode of “The Crowned Clown” below!

In the film “Assassination,” Jun Ji Hyun played two roles. She acted as deadly sniper Ahn Ok Yoon and her twin sister Mitsuko. She was praised for her successful acting as two opposite characters. 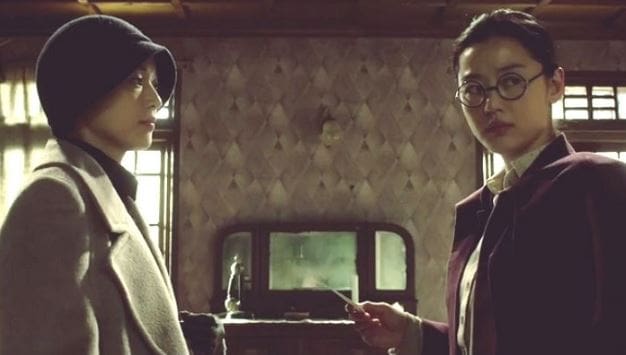 Watch the movie below!

In the 2012 movie “I Am The King,” Joo Ji Hoon played dual roles as timid Grand Prince Chung Nyeong and bad-tempered slave Deok Chil. He was able to skillfully express the unique characteristics of each character. 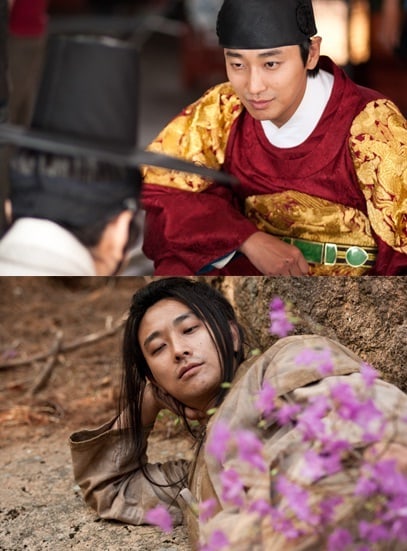 Kim So Hyun played twins Eun Bi and Eun Byul in ““Who Are You: School 2015.” With her skillful acting, she was able to portray both the kind younger twin Eun Bi who grew up in an orphanage and straightforward older twin Eun Byul with perfect looks, household, and grades. 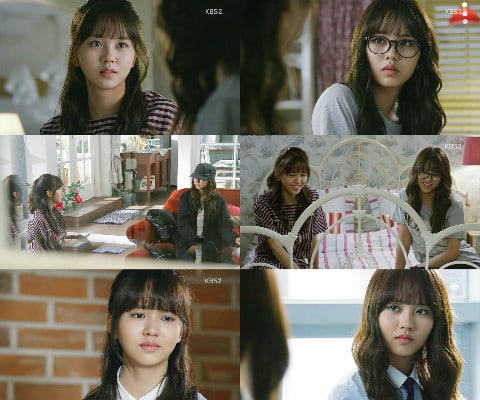 Currently remade as “The Crowned Clown,” the film “Gwanghae” garnered attention with Lee Byung Hun playing two completely opposite roles. The actor was able to impress the viewers with his acting as both the crazy king and comical clown. 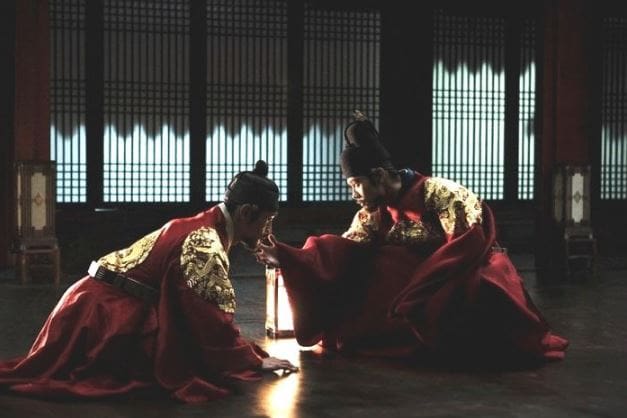 Park Bo Young wowed with her double role acting in “Oh My Ghostess.” Her character was revealed to be extremely timid and shy. Despite her feeble nature, she worked hard in hopes of becoming a chef. However, her character changed when a lusty virgin ghost portrayed by Kim Seul Gi entered her body. Park Bo Young was able to perfectly portray both unique characters.

Start watching her dual acting in “Oh My Ghostess” below!

Jo Jung Suk showed his creative acting in “Two Cops” with his two-character role as tough police detective Cha Dong Tak and witty conman Gong Su Chan. With his detailed acting, he naturally switched between his two roles perfectly, causing viewers to look forward to his characters. This was the first time he played two roles at one time since his debut. With a 180-degree transformation from his previous roles, he presented viewers with extraordinary acting. 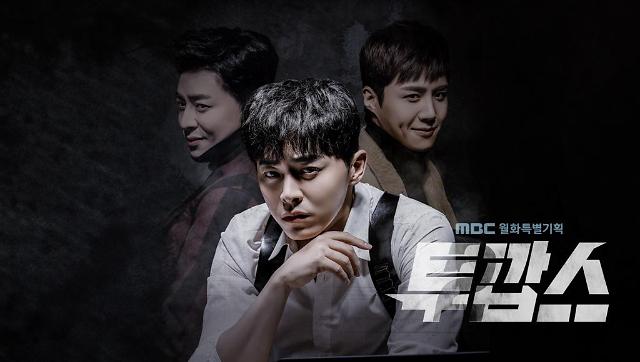 In “Your Honor,” Yoon Shi Yoon played both Han Kang Ho and Han Su Ho, twins brothers with different lives. The former is five-time-convicted criminal-turned-judge, and the latter is an intelligent judge who has disappeared. Thanks to his brilliant acting, the drama often aired No. 1 in its time slot. 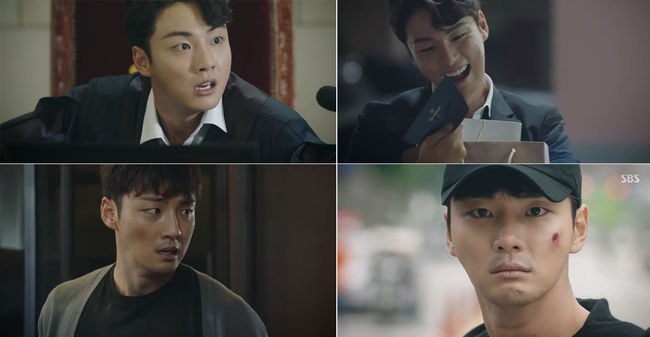 You can start watching “Your Honor” here:

Uhm Ki Joon played an important role in SBS’s “Defendant” with his portrayal of identical twins with different personalities. Despite their identical face, the twins each had their unique strengths, weaknesses, desires, and abilities, and Uhm Ki Joon skillfully juggled both roles as straight-laced Cha Sun Ho and evil psychopath Cha Min Ho. 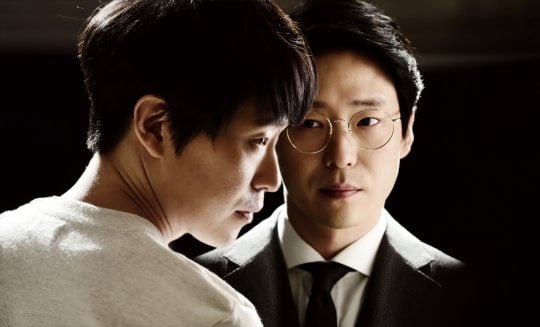 If you haven’t already watched “Defendant,” you can start watching it below:

Jang Geun Suk successfully portrayed prosecutor Baek Joon Soo and genius conman Sa Do Chan in “Switch.” The actor was able to end the drama with solid ratings before starting his military service. 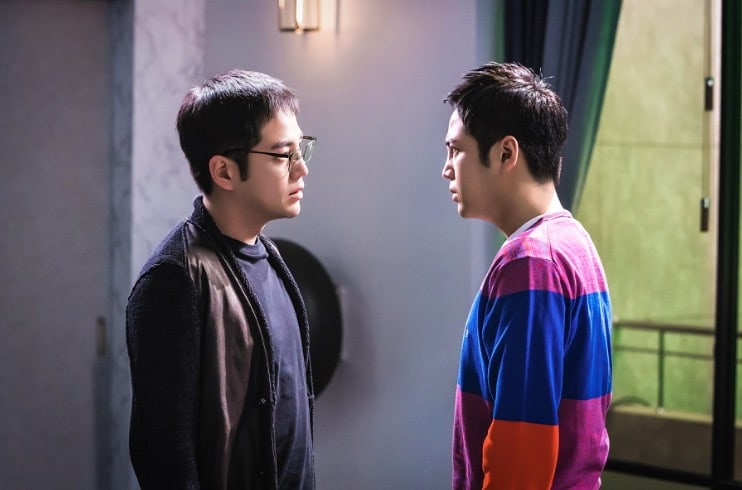 Check out “Switch” below!

Which double roles impressed you the most?