The newly released stills show Im Chang Jung, who emits a unique comic aura with his parted hair and fancy suit. He is seriously talking to someone on the phone while Kim Hye Ja stares at him in wonder.

It is said that Kim Hye Ja spared no praise of Im Chang Jung as a genius of comedic acting. It is expected that he will make people laugh by showcasing his unique, slick acting. 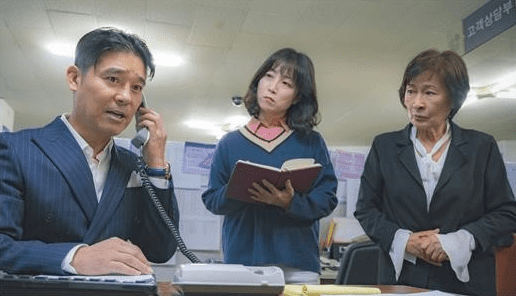 On the other hand, Choi Moo Sung appears as an ordinary egg seller. The way he is dispersing the eggs with his rough appearance is sure to bring the laughs. The reason he appeared in the drama was because of his relationships with the director and writer. He worked with director Kim Seok Yoon in the “Detective K” series as well as the drama “I Live in Cheongdam-dong.” He also starred in “Weightlifting Fairy Kim Bok Joo” written by writer Kim Soo Jin.

Choi Moo Sung showed extra special teamwork with Kim Hye Ja because the two had starred together in “I Live in Cheongdam-dong.” 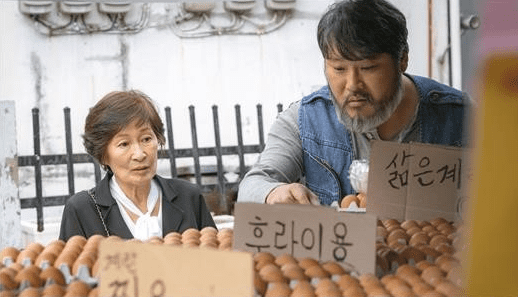 Lastly, Kim Byung Man, who is holding nunchucks in the picture, will play a leading role as a senior public relations officer. He shows off a professional appearance with his nunchucks in front of his elders, but his shrewdness makes him a funny character. The comedian willingly appeared in the drama because of his relationship with Kim Seok Yoon. 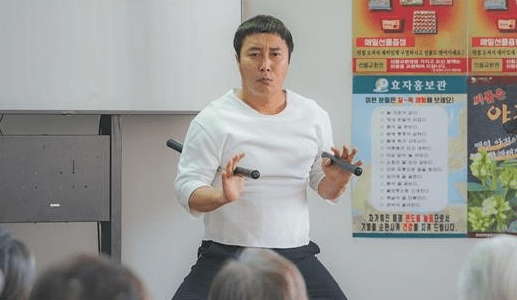 The production crew heightened anticipation by commenting, “Im Chang Jung, Choi Moo Sung, and Kim Byung Man, who maintained a special relationship with director Kim Seok Yoon, appear in ‘Radiant’ and played the role of a ‘smile booster.’ You can look forward to their special synergy with Kim Hye Ja.”