It’s full speed ahead on the relationship front for our Jung Rok-Yoon Seo couple, or as full speed as possible while keeping the relationship a secret from everyone else. This week, in between helping out Secretary Yang with her daughter and helping Jung Rok’s father with his troubles, the couple still manages to sneak in plenty of adorable moments.

Here are some moments from episodes 9 and 10 that gave us both the sweet and not-so-sweet feels:

When Jung Rok is outraged for Yoon Seo

We’ve long established that Jung Rok (Lee Dong Wook) is a rather inexpressive person (other than giving excellent side-eye). But when he reads the brutally hateful comments netizens have written about Yoon Seo (Yoo In Na), he becomes so outraged, he vows to sue each and every one of them. This anger and desire to get justice for Yoon Seo illustrate just how deeply he cares for her. Needless to say, Yoon Seo and us viewers were very touched by this rare show of emotions. 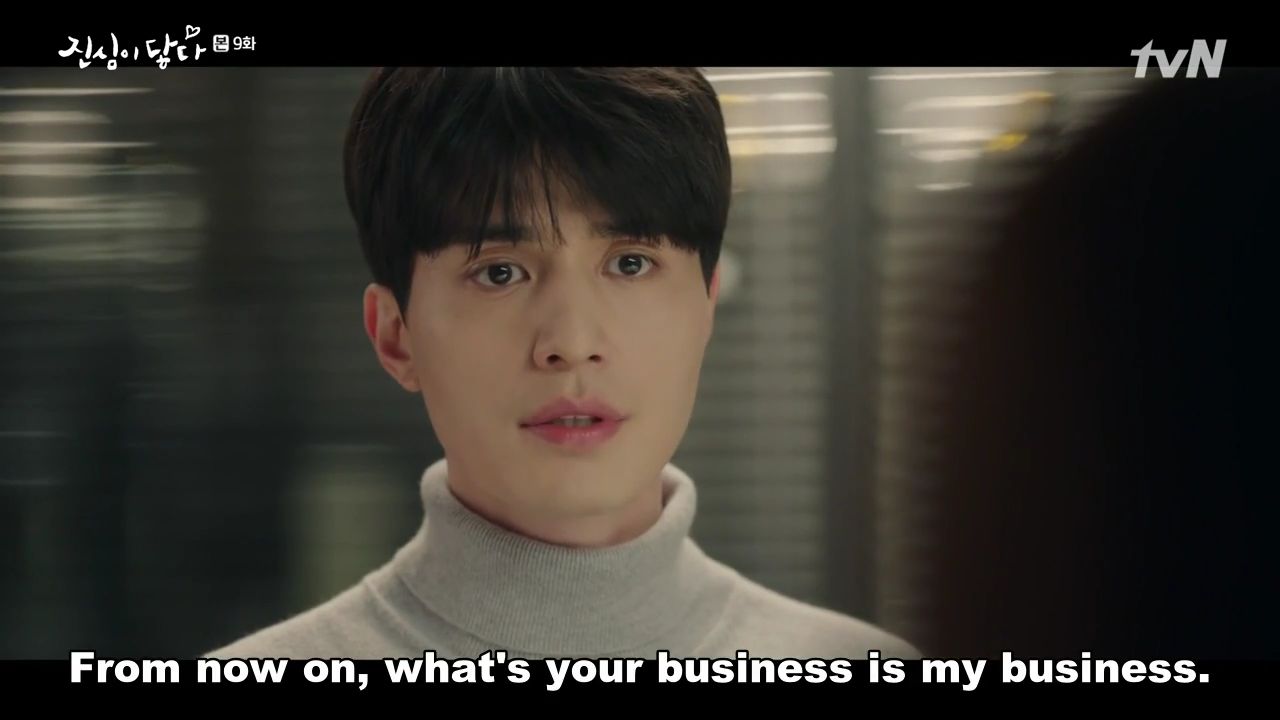 When Jung Rok and Yoon Seo act caring towards each other

Although Jung Rok started out the drama as Mr. Clueless, he’s now practically a master in dating. Showing off his gentlemanly side, he goes out of his way to drive Yoon Seo home from work before heading back to the office again to finish his paperwork. But he ends up doing less work and more streaming videos of Yoon Seo, and you can pretty much see hearts shooting out of his eyes from the way he lovingly gazes at the screen.

Yoon Seo is no novice in the department either, as she returns to the office yet again to bring Jung Rok some food. And the moment she admits she went back also because she misses him, he swoops(!) in for a kiss, and every female viewer collectively swoons.

We’ve known early on that Paralegal Lee (Park Ji Hwan) has a thing for Secretary Yang (Jang So Yeon), and it’s in this week’s episodes that we get to see the beginning of this one-sided crush. The way Paralegal Lee quietly watches over her and helps her, like it’s the most natural thing in the world, is very charming and is a refreshing contrast to the more lovey-dovey relationship of the main couple.

On another note, it’s also nice to delve more into Secretary Yang’s personal life, since her more grounded persona often takes a backseat to her more quirky colleagues. The relationship between mother and daughter is always relatable, and I’m glad we are able to spend some time with Secretary Yang and her daughter.

When Yoon Seo’s stalker gives us the chills

We’ve been teased for weeks about the return of Yoon Seo’s stalker, Lee Gang Joon, and he finally makes his grand appearance this week. But before physically appearing on screen, he signals his return by sending Yoon Seo a pot of flowers, as he often did years ago. There’s something especially chilling about the way he blatantly announces his return, knowing the effect the flowers would have on Yoon Seo, as well as reminding everyone how powerless they are to stop him. 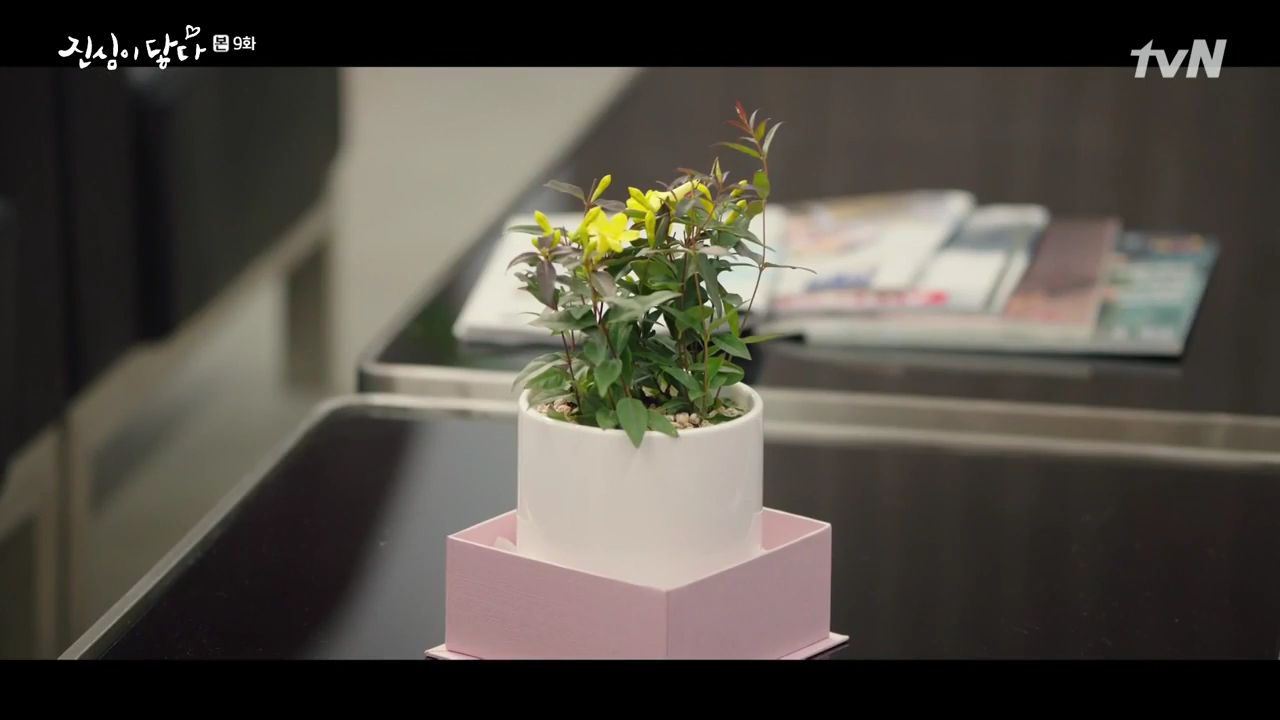 Lee Gang Joon is undoubtedly the main antagonist and the common thread that will unite the mostly separate storylines of the lawyers (Jung Rok and colleagues) and prosecutors (Se Won and Yeo Rum), and I for one can’t wait to see all this come to a head.

When Yoon Seo turns on the aegyo

Jung Rok and Yoon Seo are enjoying the thrill of secretly showing affection for each other, throwing a wink here and sliding food across the table there. Jung Rok even sneakily* declares in front of their colleagues that he really likes Yoon Seo. Later, when the two get a moment together, Yoon Seo playfully hits Jung Rok while coquettishly complaining that she’s flustered by the sudden shows of affection. The scared look on Jung Rok’s face at Yoon Seo’s aegyo is priceless!

*When Secretary Yang asks if Jung Rok really enjoys his work, he replies “네 진심 좋아합니다,” which means “Yes, I sincerely like it,” but it also sounds like, “I like Jin Shim.” Jin Shim is both Yoon Seo’s birth name as well as the Korean term for “sincerely.”

After Yoon Seo accidentally invites Jung Rok over for a movie and Jung Rok accidentally accepts (What? It happens!), the two of them get pretty nervous and self-conscious about spending time together alone, under one roof.

Yoon Seo: “I couldn’t stop thinking about the fact that we would be alone at my place, and that made me imagine so many things.”
Yoon Seo (hurriedly): “I don’t mean imagining anything bad!”
Jung Rok: “By bad do you mean…this? (Leans over to kiss her). Or this? (Kisses her again)”

You’d think I’d be bored of gushing about their kisses by now, but boy are you wrong! There is just something so tender and sweet about the way Jung Rok kisses Yoon Seo, and as I said, this boy has earned himself a Ph.D. in romance!

When Jung Rok and his father start to heal

As it turns out, Jung Rok and his father share a strained relationship. When his father is suspended from work after revealing that the deputy mayor has embezzled millions, Jung Rok takes up the case, and with the support and advice from Yoon Seo, he and his father begin to take steps towards mending their relationship. And while Yoon Seo initially leaves an unfavorable first impression on Jung Rok’s father, her thoughtfulness and determination to right the situation pay off. By the end of the day, it appears that his father approves of the two being together. These two really bring the best out in each other!

It also probably helps that Jung Rok nonchalantly drops the “girlfriend” bombshell mid-conversation, which causes Yoon Seo and the father to adorably bond over their shared-flusteredness.

Now that we’re past the mid-way point, do you think the drama will take a darker turn? And who is more hilarious — drunk Yoon Seo or drunk Jung Rok? Leave your thoughts and comments below!

Belinda_C hopes the drama will fully flesh the stalker storyline out, instead of just using it as a mere hurdle to overcome! Come discuss this drama and SEVENTEEN with her on Twitter!

Currently watching: “Touch Your Heart”
All-time favorite: “Kill Me Heal Me”
Looking forward to: Any recommendations?