Korean Movies You’ll Be Surprised Are Based On True Events

Many fantastical and amazing movies have come from Korea, but you may be surprised that some of these extraordinary tales are derived from some truth. Below are just some of the great Korean films “based on true events.” 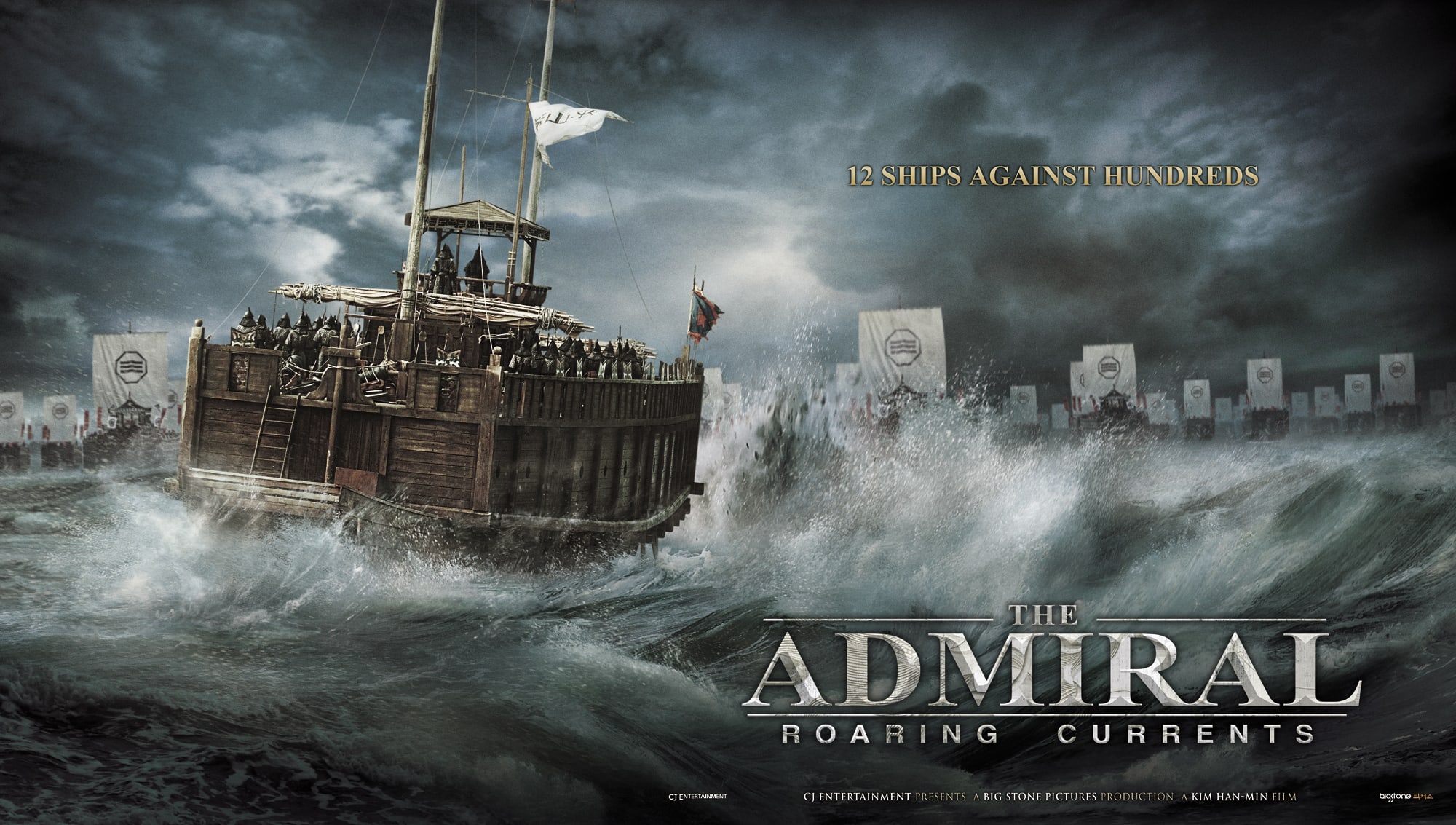 Action-packed and full of excitement and drama, “The Admiral: Roaring Currents” garnered over 17.6 million viewers during its run in theaters, the most ever in Korean box office history. And it’s no wonder Korean audiences came out in droves to witness the dramatization of one of the most epic naval battles in history. During the Joseon Dynasty, under the reign of King Seonjo and during the Japanese invasions of Korea, one man led 12 ships to victory against a Japanese fleet of over 300 vessels.

That man was Yi Sun Shin, a military man who showed great skill and success from a young age. Military leaders were threatened and falsely accused him of desertion, after which he was stripped of his rank, tortured, and imprisoned. After his release, he quickly rose through the ranks again until he reached his position as Commander of the Left Jeolla Naval District. He worked tirelessly to build up the ranks of the Korean navy and invented the famed Turtle Ship, which would be used to win the Battle of Myeongnyang.

Historians consider Yi Sun Shin as competent an admiral as Horatio Nelson, which, considering his background, is almost unbelievable. Not only did he lead Korea to a number of victories, both on land and sea, but he went out in a blaze of glory after fighting off the Japanese offense. His last words, “The battle is at its height. Beat my war drums. Do not announce my death,” will give you chills. 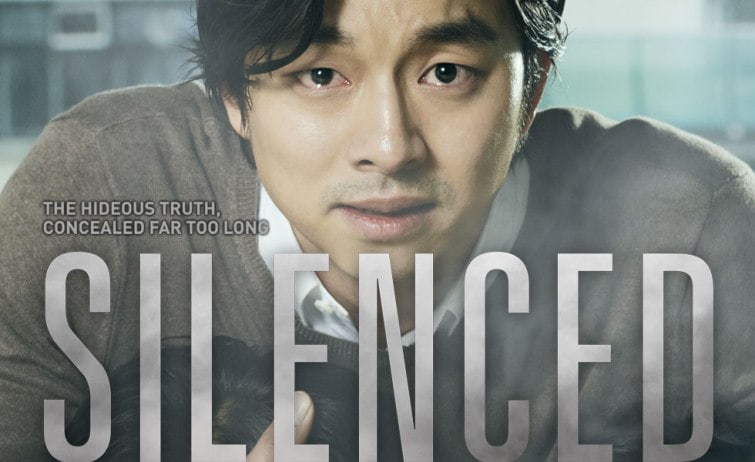 The true story behind “Silenced,” a movie based on a novel of the same name by author Gong Ji Young, is shocking and painful to hear, but the real disbelief behind the story comes from how readily people in positions of power covered up what happened and swept the victims under the rug.

The story follows Kang In Ho (played by Gong Yoo) as he starts a new job in a boarding school for children with hearing impairments. The children are clearly victims of abuse, and as he investigates further, he finds a dark, disgusting foundation beneath the school’s shining exterior. Like in the movie, the real teacher came forward to authorities to protect his students from abuse, but years later, many of the people accused of terrible crimes were allowed to stay on at the school as teachers. Thankfully, the success of the movie cast a harsher light on those accused, and their cases were reopened. The public also called on the government to make serious changes in the way teachers are screened for criminal offenses and how child abusers are punished. 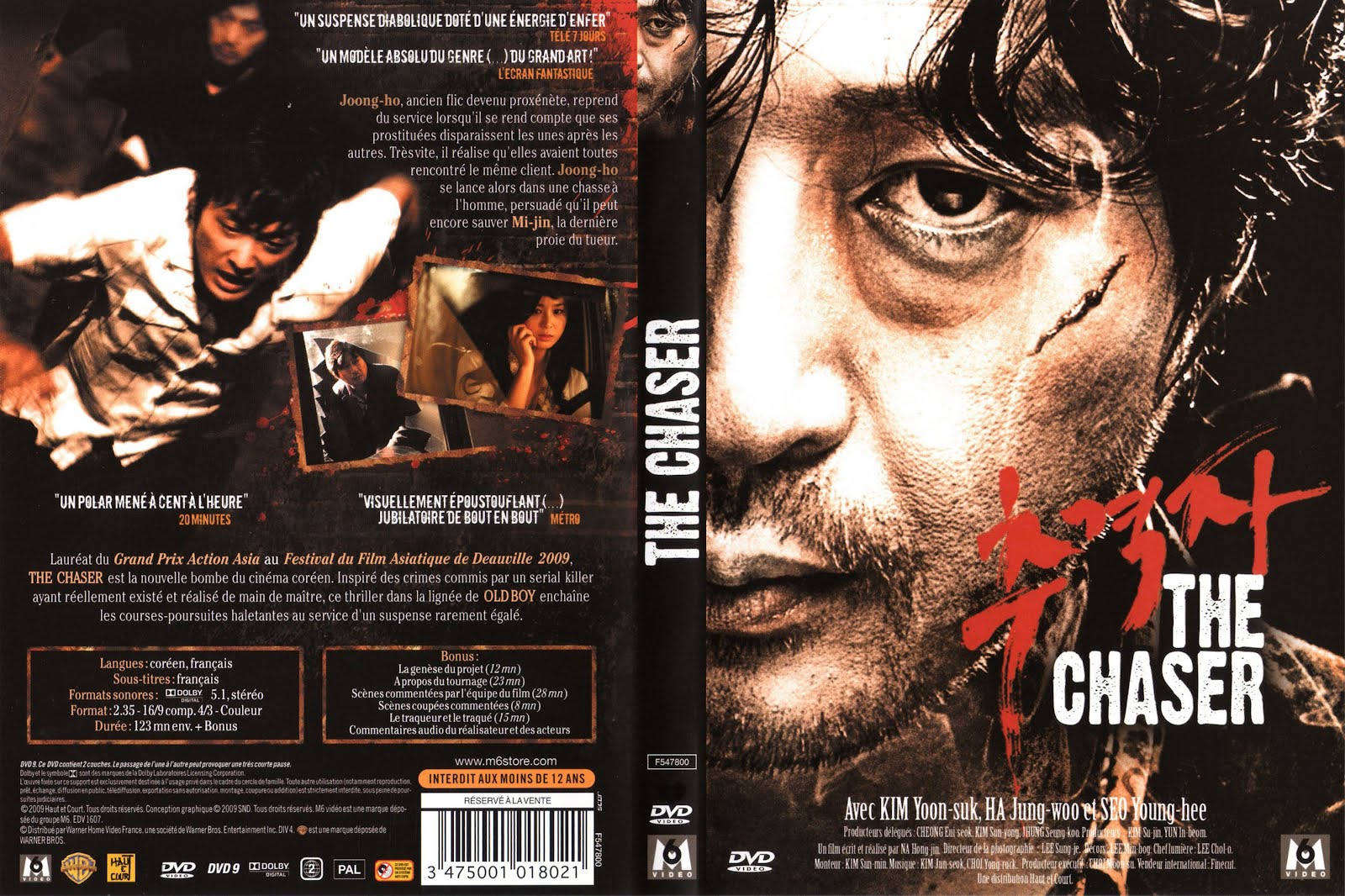 This movie is far more exciting, thrilling, and dramatized than the true events surrounding Korean serial killer Yoo Young Chul. However, the true story is certainly one for the books, serial murder being a rare occurrence in South Korea, with just a handful of perpetrators on record. Born in 1970, Yoo Young Chul started his life of crime from a young age with arrests for forgery, theft, and identity theft. He then escalated to child abuse and distribution of child pornography, and finally murder and cannibalism. He started his killing spree with a grudge against the wealthy, bludgeoning older men in their homes, but when authorities started to see the pattern, he transferred his malicious intent towards female masseuses (supposedly after his girlfriend, also a masseuse, left him).

This progressed to sex workers when his usual massage parlors stopped sending people to his house. Yoo was apprehended by civilians from a massage parlor after he contacted them and requested to meet a masseuse at an agreed upon location. They held him down until the police arrived, and Yoo eventually confessed to 21 murders. Despite his confession, the Seoul Central District Court only convicted him of 20 due to a lack of physical evidence. He was sentenced to death on December 13, 2004 and remains at the Seoul Detention Center. Although the death penalty is permissible by Korean law, it has not been carried out since 1997. 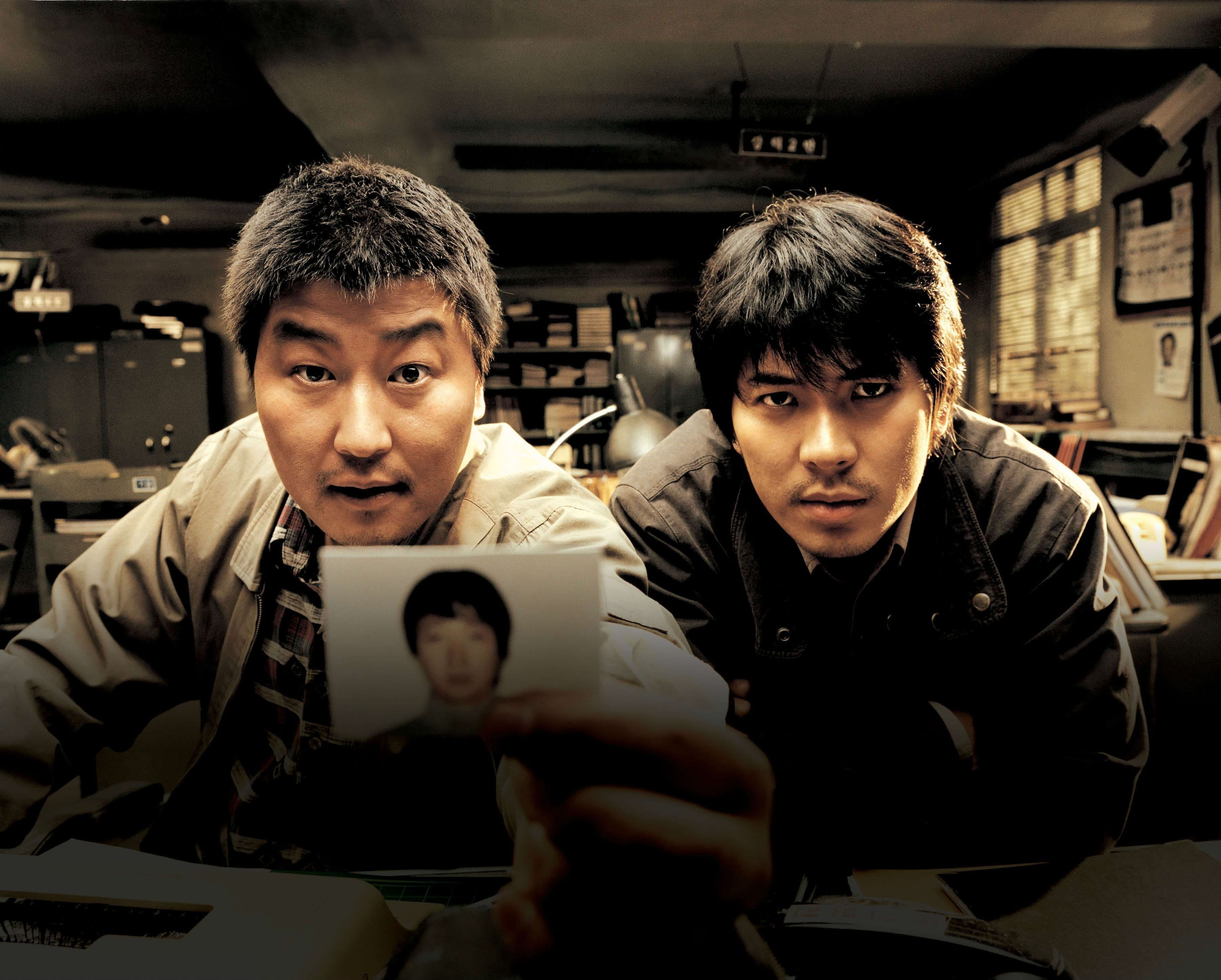 This action-packed and thrilling movie from Director Bong Joon Ho is a loose retelling of one of the most prolific murder cases in Korean history.

The Hwaseong Serial Murders shook South Korea as an unknown man raped and murdered 10 women between September 15, 1986 and April 3, 1991. This case became the first known record of a serial killer in South Korea with a clear modus operandi and has been compared to the notorious Zodiac Killer of America. In each case, the victims were found bound, sexually assaulted, and strangled to death with items of their own clothing. The authorities were unable to identify a suspect despite having DNA evidence, as forensic investigation was still in early development. Police believe the perpetrator was in his 20s at the time of his crimes, between 165–170 centimeters tall, and blood type B, but little else is known. Another murder using a similar modus operandi was investigated in 2004, but is still unsolved and cannot be directly linked to the Hwaseong Serial Murder Case.

The statute of limitations on the case ran out in 2006, but the The South Korean National Assembly passed an “amended criminal procedure law” in July of 2015, removing the 25-year statute of limitations on first-degree murder in a near-unanimous vote. This means the case can be legally reopened and investigated. More attention has been brought to the case and its victims by several TV and movie adaptations, including “Memories of Murder.”

“The Case of Itaewon Homicide” 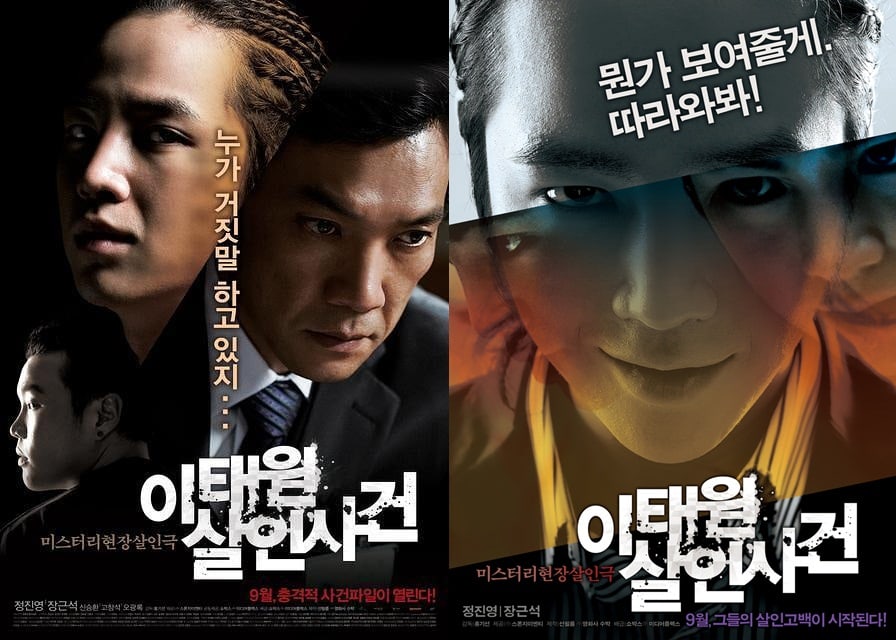 On April 3, 1997, a party in Itaewon took a dark turn when 22-year-old Hongik University student Jo Jung Pil was stabbed to death in the bathroom of a Burger King in the same building. Twenty plus teenagers attended the party, and witnesses say a conversation in the Burger King restaurant turned to the discussion of knives minutes before the murder took place.

Arthur Peterson (18 at the time of the incident) and his friend Edward Lee were the prime suspects, but failure to investigate properly led to their release in 1998 with no physical evidence to link them to the crimes. Both boys insisted the other was the murderer, and them traveling overseas made it difficult for prosecutors to bring them to justice even in light of new DNA evidence that proved Peterson guilty and implied Lee may have been the instigator. The release of “Where the Truth Lies” spurred controversy and led the public to demand justice for the crime, and along with persistence from the victim’s family, Patterson was eventually convicted and sentenced to 20 years in prison. Despite the closure a guilty sentence provides, the motive behind the murder remains unknown. 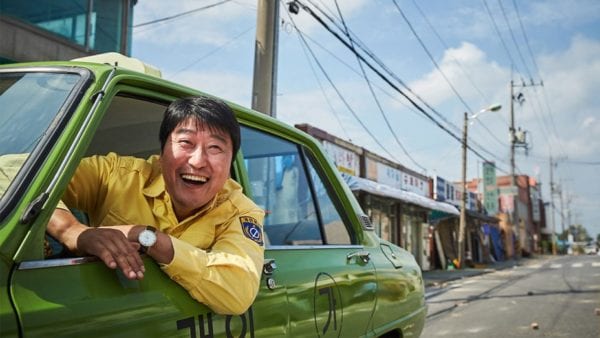 There are many movies and shows memorializing and dramatizing the events of the 1980 Gwangju Massacre, but “A Taxi Driver” shows the experience of two men not directly involved in the uprising, but witnessing the events and struggling to report them to the world.

From May 18 to 27 in Gwangju South Korea, Gwangju residents took up arms to protect themselves against military forces after the cruel treatment of Chonnam University Students during peaceful protest. Students who were demonstrating against the martial law government were fired upon, killed, raped, and beaten by government troops. As many as 606 people are believed to have lost their lives.

This movie follows the story of Kim Man Seob (played by Song Kang Ho), a taxi driver in Seoul who hears of a foreign journalist with an expensive request. Drive him to Gwangju and back before curfew, during civil unrest, when foreign journalists were prohibited from entering the small city. Despite road blocks enforced by the Korean military, they are able to enter Gwangju under the guise of being missionaries, only to discover the chaos of the Gwangju Massacre. Man Seob is worried about leaving his daughter at home alone for so long unable to contact her, and he fears for his own safety. However, as he tries to return to Seoul, he sees the pain and turmoil of those around him and returns to finish his job.

Jürgen “Peter” Hinzpeter, the German journalist who risked his life and his freedom to report on the events of the Gwangju Democratization Movement, was later awarded for his efforts after successfully leaving Korea and sharing his story with the world. It was later discovered that his taxi driver had given him a fake name, so the driver was never discovered and rewarded. 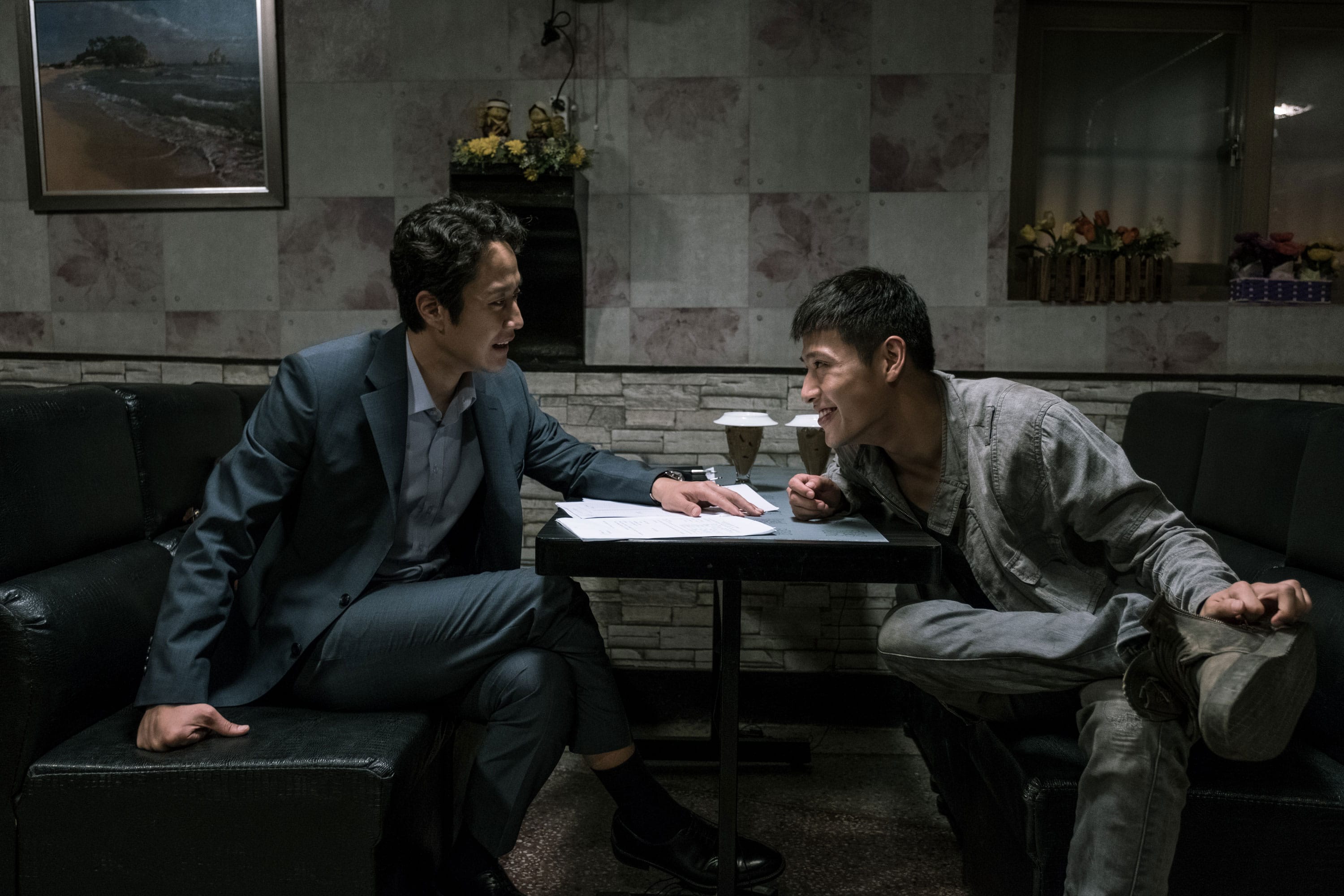 On August 10, 2000, a taxi driver with the last name Yoo was found with multiple stab wounds to his chest and shoulder at Yakchon Crossing in Iksan, North Jeolla Province. He was rushed to the hospital, but died of his injuries the same day. A 16-year-old boy with the last name Choi came forward as a witness to the murder and gave evidence that the police used to create a sketched portrait of the killer. However, three days later, the police arrested Choi on suspicion of murder, claiming that he had confessed to the crime. Although he recanted his confession on the grounds that it was coerced by the police, he later confessed again and was sentenced to 10 years in prison.

In 2003, the Gunsan police department released a statement announcing that they had apprehended the real killer, but due to a lack of physical evidence, they were unable to convict him. At this time, Choi had served three years of his 10-year sentence and would go on to complete it. An SBS TV documentary on the case released in 2013 suggested that the taxi tachometer is evidence that Choi could not have been the true killer, forcing the Iksan police department to release a statement promising to review their investigation. However, in the light of a possible lawsuit from Choi if he were to be released, the police department claimed no memory of the details of the case.

Choi suffered great mental stress in the wake of his prison experience and false conviction. After his release he requested a new trial at the Gwangju High Court in March 2013 with the support of attorney Bak Jun Yeong, known to specialize in retrials. In November 2016, the court acquitted Choi. The same year, the real killer, last name Kim, was arrested again and put on trial, after which he was finally convicted and sentenced to 15 years in prison.

What movies based on true events shocked and tantalized you? Let us know in the comments below!

Soompi Spotlight
The Admiral: Roaring Currents
Silenced
The Chaser
new trial
A Taxi Driver
memories of murder
the case of itaewon homicide
How does this article make you feel?