On the April 17 broadcast of “Mr. House Husband,” FTISLAND’s Choi Min Hwan revealed how much he would love to have a daughter.

The topic came up when the family suspected Yulhee might be pregnant after she started showing symptoms of fatigue and nausea. 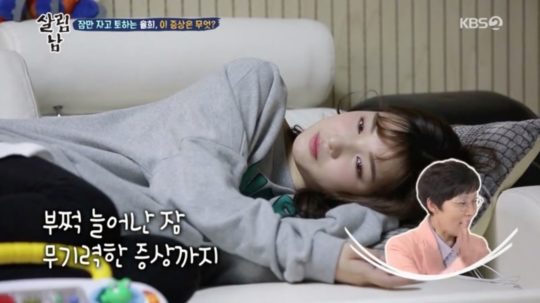 Yulhee’s mom was nearly certain it was pregnancy, revealing that her husband had had something like a conception dream in which a pig wearing flowers came into the home.

In an interview with the production staff, Choi Min Hwan, said, overflowing with excitement, “I like thinking that Jjang Yi (their nickname for their son) will have a younger sibling, but if we had a daughter, I’d love nothing more. But I would love to have a son, too. Just in case it’s a boy and he gets jealous.” 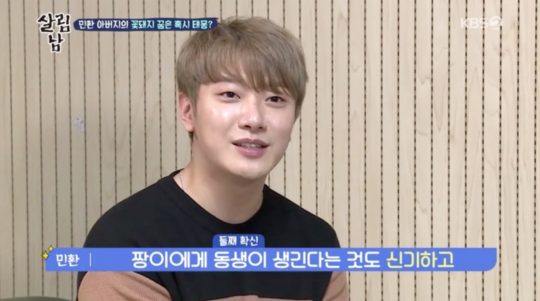 Choi Min Hwan, his mom, and his in-laws were ecstatic with the news, and they went to see Yulhee after shopping for new baby clothes. They congratulated Yulhee on her pregnancy, but she had no idea what they they were talking about and said, “I’m pregnant? I’m not pregnant. I don’t have any symptoms.” She said, “There’s no chance [of pregnancy] this time.” Laughing, she added, “Maybe next month.”

Choi Min Hwan said in his interview, “I was a little sad when she said she wasn’t pregnant. I would like to have a second child soon.” 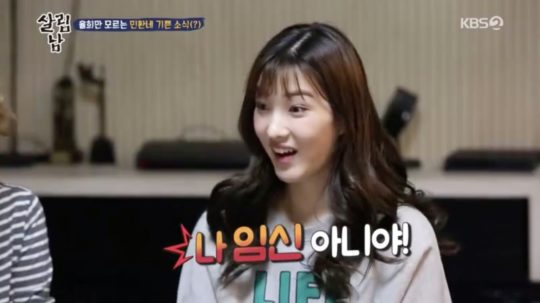