GOT7’s latest sub-unit Jus2 made their debut with mini album “FOCUS” and embarked on a showcase tour in seven cities. After visiting Macau, Tokyo, Taipei, Osaka, Jakarta, and Bangkok, Jus2 wrapped up their month-long tour at the “Focus” Showcase in Singapore at ZEPP @ BIGBOX on May 4.

Ahgases (GOT7’s fans) swooned over Jus2’s sensual vocals and dance moves as they performed their opening stage of “Long Black” and “Drunk on You”. Shortly after, GOT7’s Mark appeared on stage and had Ahgases even more thrilled when he introduced himself as the special emcee for the evening. The talk was separated into four different segments with each focusing on Jus2, Yugyeom, JB, and the fans, respectively. 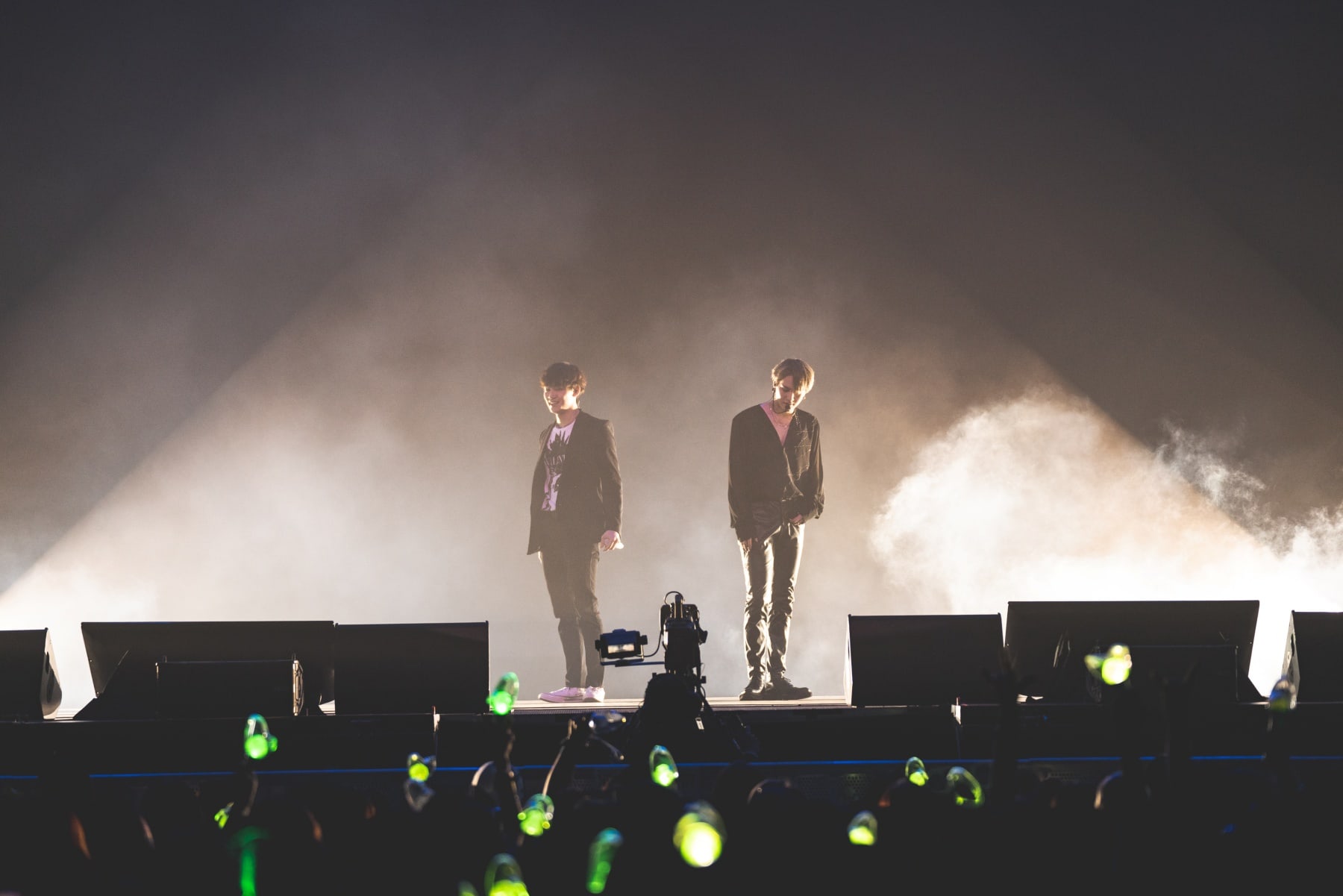 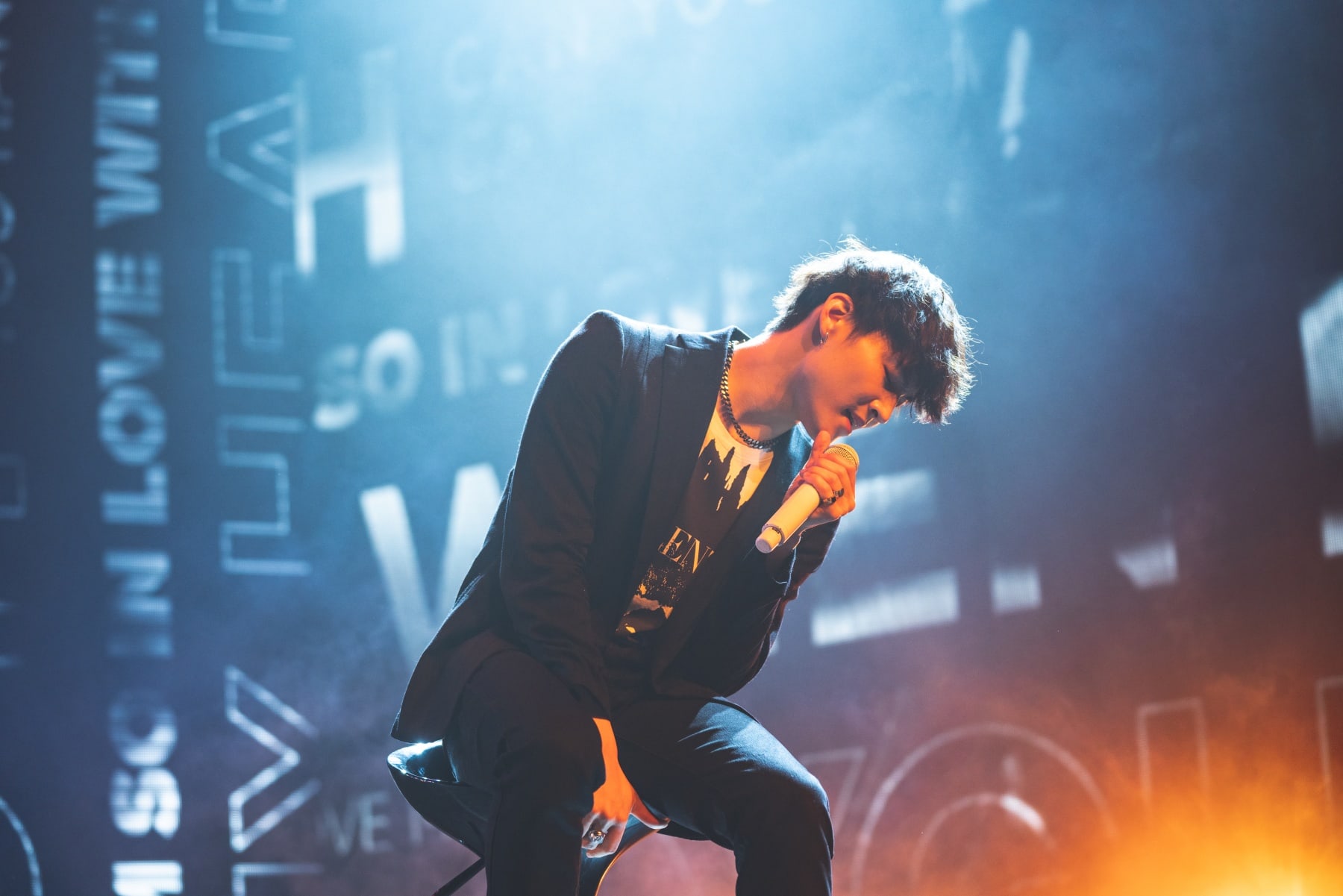 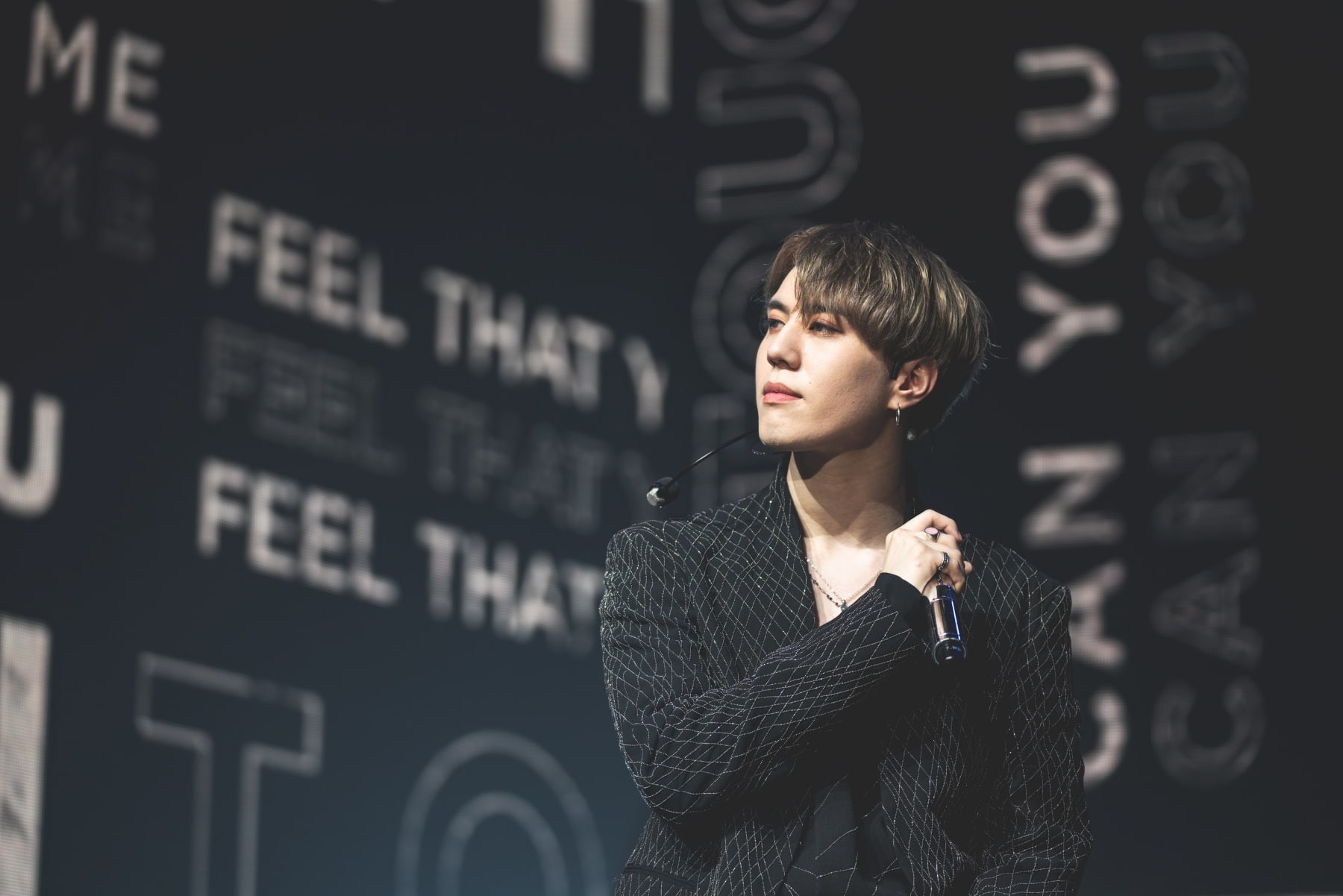 Jus2 started off with a brief introduction of their mini album and how they attempted a different genre with more elegant and sensual music, as compared to their usual upbeat hits from GOT7. Mark commented that he was watching their performance backstage and he felt that it was really sexy. JB exclaimed, “I already know. Because I’m hot. Because I’m sexy,” starting off the interview on a wild note.

In the next segment, Yugyeom and JB had to answer personal questions about each other, and the person with the least amount of questions answered correctly had to do a sexy and cute dance. In one of the questions, JB had to guess whether Yugyeom wet his toothbrush before or after squeezing toothpaste on it. JB answered the latter and answered the question correctly. When asked the same question, JB explained that he does neither as he would normally brush his teeth while showering, and his toothbrush would be wet by the time he entered the shower. Realizing what he had said, JB told Ahgases not to imagine it. Mark got the crowd wild as he said, “Since it’s the last show, let’s all picture JB in the shower,” and JB snatched his microphone away.

The game ended in a tie and the duo had Mark decide on a way to break the tie. Mark suggested a game of rock-paper-scissors, and the winner of three out of five rounds would have to do the punishment. JB won three rounds consecutively and had to do the sexy and cute dance, living up to his ‘sexy’ reputation. 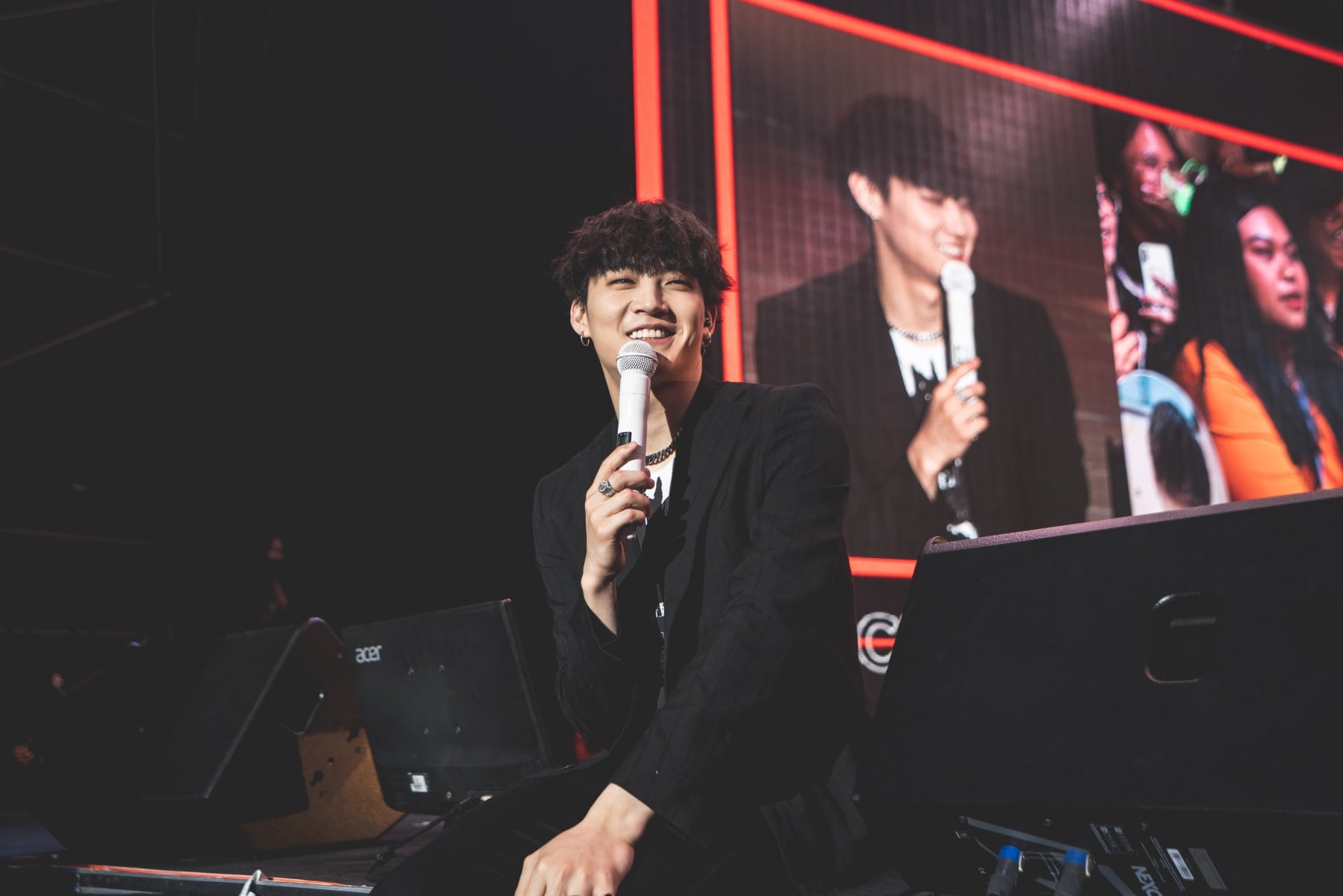 The last segment was Ahgases’ favorite as fans were picked randomly for a 30-second staring contest with Jus2. Yugyeom turned red in embarrassment halfway through the game and lost, whereas JB had to go twice because the members couldn’t tell if his eyes were closed or opened. Yugyeom, being his usual self, cheekily suggested that Mark play with Ahgases too. Mark’s ears turned red, and he lost as soon as the game started. As the talk segment came to an end, it was also time for special emcee, Mark, to bid goodbye. He also mentioned that GOT7 will be back soon to see Singapore Ahgases, referring to the teaser that was released recently. 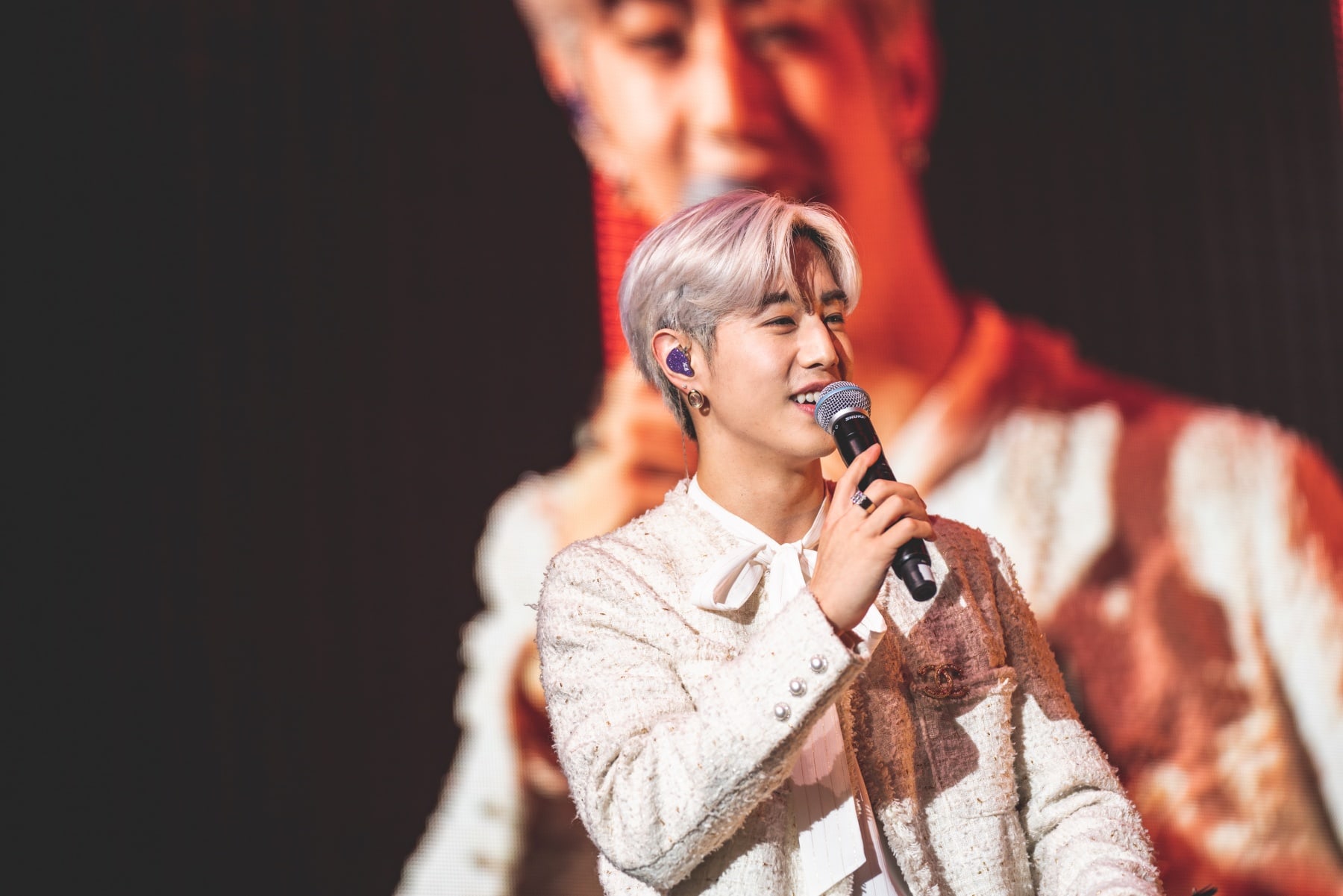 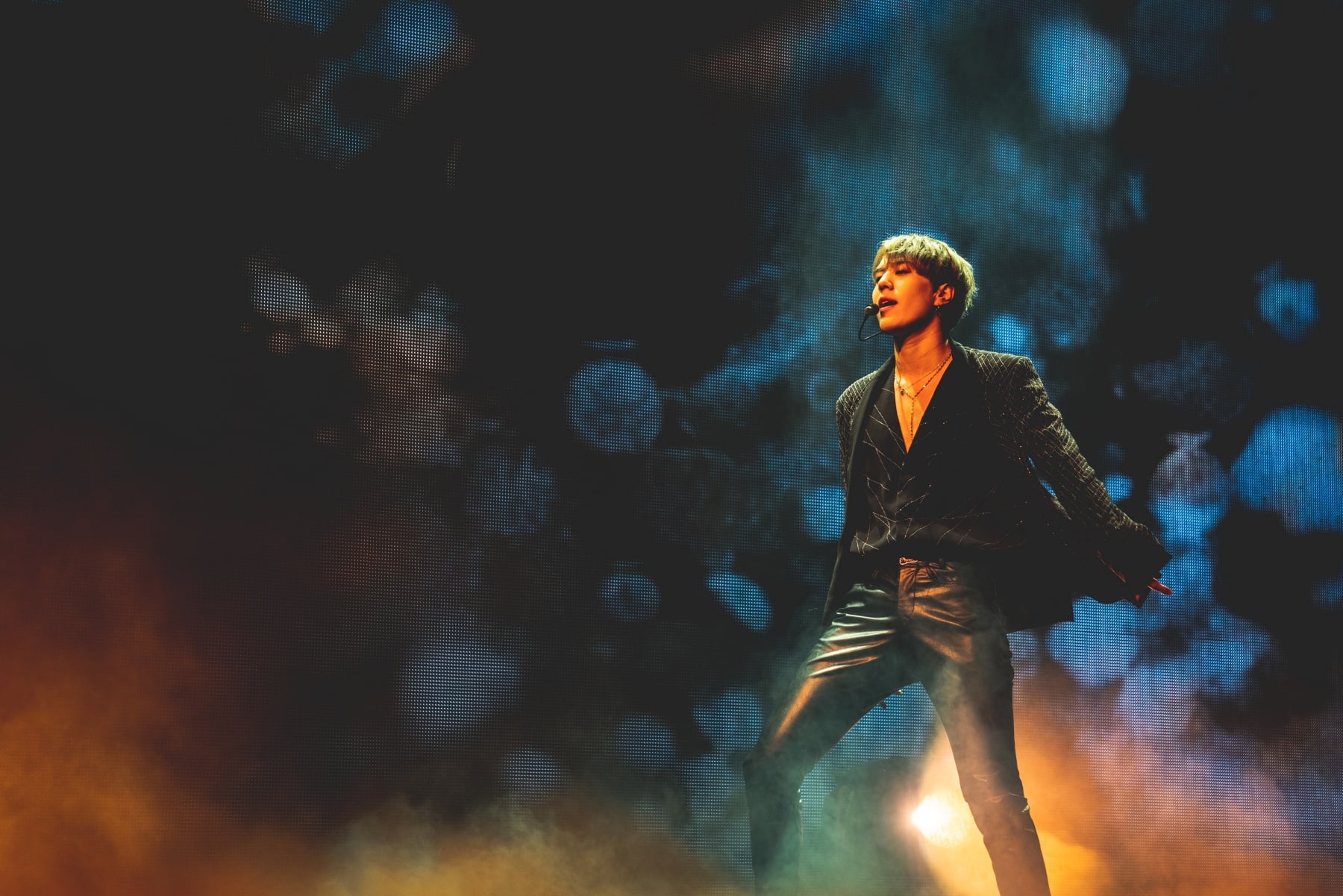 Their encore stage started off with “Love Talk,” and just as JB was about to give his closing remarks, a surprise fan video, prepared by Singapore Ahgases, popped up. Yugyeom was grateful and commented, “We received a present from you again, thank you so much.” JB added, “In the video, you mentioned that you were sorry that you were constantly receiving and not giving. In fact, we are the ones on the receiving end. You were the reason for where we are today and made it even more meaningful for us whenever we release an album. We hope to bring more meaning to you and to also relieve your stress through our music, albums and performances.”

Jus2 continued to bring the house down with GOT7’s hits “Hard Carry” and “Never Ever,” and the evening ended with everyone on their feet as Mark joined the duo back on stage and performed “Go Higher.”

Jus2 showed their maturity through a different genre of music, but their usual goofy antics never failed to appear even during the “Focus” Showcase Tour. Congratulations to the duo on wrapping a successful showcase tour, and we can’t wait to see them with the other GOT7 members in their upcoming comeback! 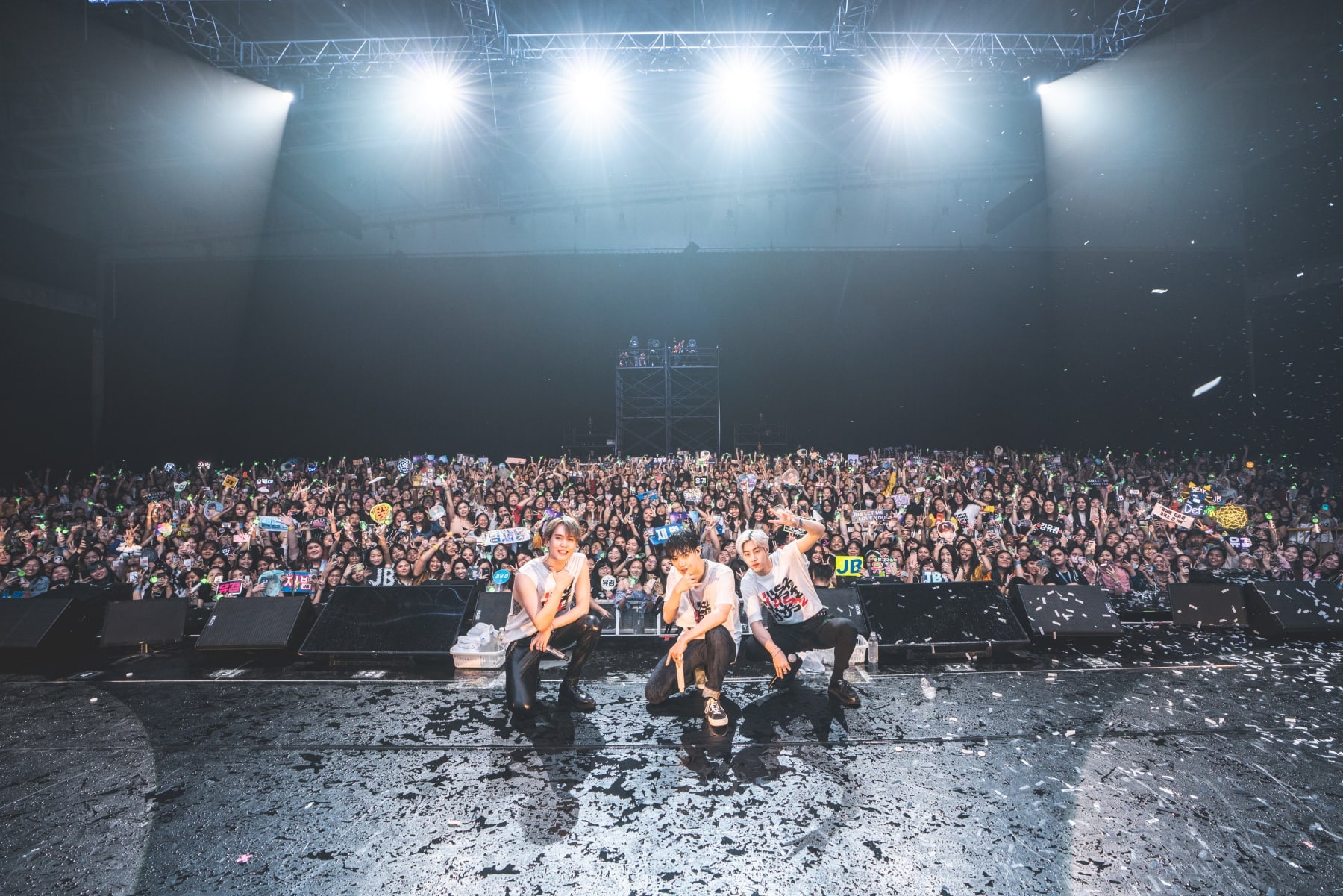 Many thanks to Live Nation Singapore for having us!

GOT7
Soompi Spotlight
Jus2
How does this article make you feel?