#4YearsWithSEVENTEEN: Here’s To Their Achievements And More

From the young boys who sobbed heavily during their first win, to the young men who are standing proud before us today — it has been an amazing four years with SEVENTEEN! They’ve continued to push themselves to be better artists and people, growing gradually and steadily. And through it all, their fans, Carats, have been constantly amazed at their determination and drive to do even better.

SEVENTEEN’s growth in so many areas is especially visible in 2018-9, so let’s take some time to celebrate their more recent successes and milestones, and look forward to an even more spectacular year ahead!

When Carats willed BSS into existence 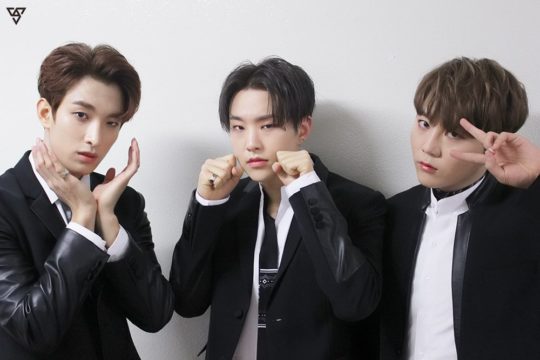 SEVENTEEN has been known to have fun with mix units and reverse stages for their Caratland fan meetings, and in 2018, they gave the fans BooSeokSoon — the well-known gag trio of the group. When the reaction to the performance blew up, their agency quickly took note and debuted the trio, even having them attend music shows! The power of Carats, y’all!

Winning “Immortal Songs” and being invited to open for a legend

SEVENTEEN participated in the Cho Yong Pil-special of “Immortal Songs” and even went on to win the whole shebang. Winning the show itself is rare enough for an idol group, but the real bombshell was revealed later: The veteran singer, impressed with how the group covered his hit song “Short Hair,” subsequently invited the group to open for his sold-out 50th-anniversary concert.

Their successful debut in Japan

SEVENTEEN had been topping Oricon charts and selling out Japan’s concert venues (Saitama Super Arena — Japan’s largest indoor stadium) even before they officially debuted in Japan. And thanks to their huge popularity, their official debut in 2018, with the song “Call Call Call,” was a great success! The mini album itself, “We Make You,” was also certified gold by the Recording Industry Association of Japan (RIAJ).

Just recently, they’ve also just released a new Japanese title track, “Happy Ending,” where as the album itself is scheduled to be released in the next few days.

In 2018, SEVENTEEN had their “Ideal Cut” tour around Asia, totaling 18 concerts over six months. After their final concert in Taiwan, they announced that they would be holding an encore concert in Seoul, at none other than the Olympic Gymnastics Arena. This was the first time the boys held a concert there and it holds significance for the fact that it is one of the largest arenas in Korea, proving that they have the star power to sell out such big venues. They’ve also watched their senior artists hold concerts there, so it’s a dream come true for them to be able to do the same. Fans packed the arena, and approximately 25,000 people were in attendance over the two nights of concerts!

It was a day of rejoicing for Carats when SEVENTEEN’s “Don’t Wanna Cry” finally reached 100 million views in October 2018. The 2017 song itself was a big hit and won them six crowns across music shows, so it’s no surprise that this is their first MV to reach the big milestone. This milestone is the result of SEVENTEEN delivering the bop, and the dedication of the fans.

2018 was a big year for Seungkwan! He landed his first permanent MC role on MBC’s “Unexpected Q,” and because of how well he did there and in other MBC guest spots, he was awarded the “Rookie Award” at MBC’s year-end Entertainment Awards!

He also did an impersonation of Yoon Jong Shin’s “Wi-Fi” on “Radio Star,” and the clip went hilariously viral! Our variety Boo indeed!

Seungkwan is currently also one of the cast members of tvN’s “Prison Life of Fools,” where he’s again displaying his wide knowledge of songs and variety skills! 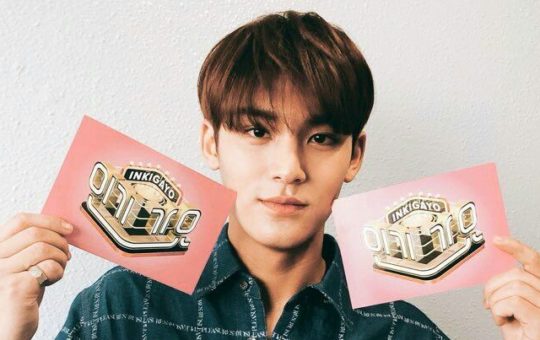 Seungkwan isn’t the only SEVENTEEN bub who has been taking over the variety scene. Mingyu landed a role as the MC of “Inkigayo” in 2018, and this year, after his contract ended, SBS extended it further. (He’s the only one out of the three MC’s who had their contracts extended).

Jun and The8 spreading the SEVENTEEN love to China 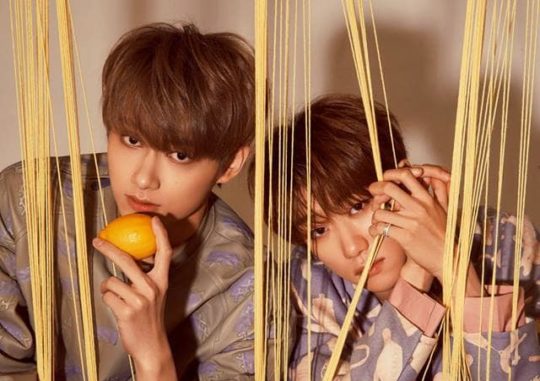 The8 and Jun have been keeping busy with schedules in China, including joining reality competition “The Collaboration” mid-last year. Jun was also one of the MCs for music program “YO! BANG!,” whereas The8 participated as a dance mentor for “Idol producer 2.”

Most recently, the duo surprised fans by suddenly dropping an OST for Chinese drama “Seven Days,” titled “Brothers For One Time,” and fans are delighted with all these new chapters in their careers.

Other than an OST together, Jun also released a solo single end of last year, titled “Can You Sit By My Side” (literal translation); whereas teasers for The8’s solo single “Dreams Come True” just dropped a few days ago, and is scheduled to be released in June. 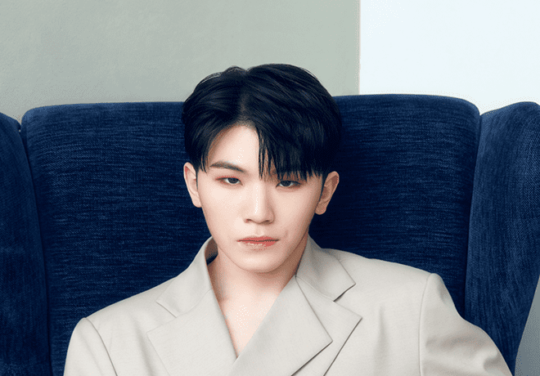 Earlier this year, Woozi was promoted to “full member” status of Korea Music Copyright Association (KOMCA). Each year, the association promotes 25 junior members who have met their criteria, including receiving a certain amount of royalties each year. Congratulations to Woozi! 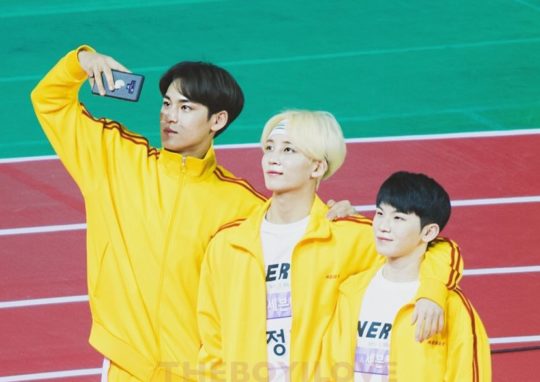 The Lunar New Year edition of ISAC 2019 was a goldmine for fans! Other than being well-fed with adorable clips from the three musketeers (Jeonghan, Woozi, Mingyu), we were also treated to SEVENTEEN’s archery team winning the gold medal in Men’s archery, and also setting a new record for the event. Jun and Vernon both showed great skills throughout, and DK helped seal their win by shooting four perfects scores in a row, even piercing the camera lens! 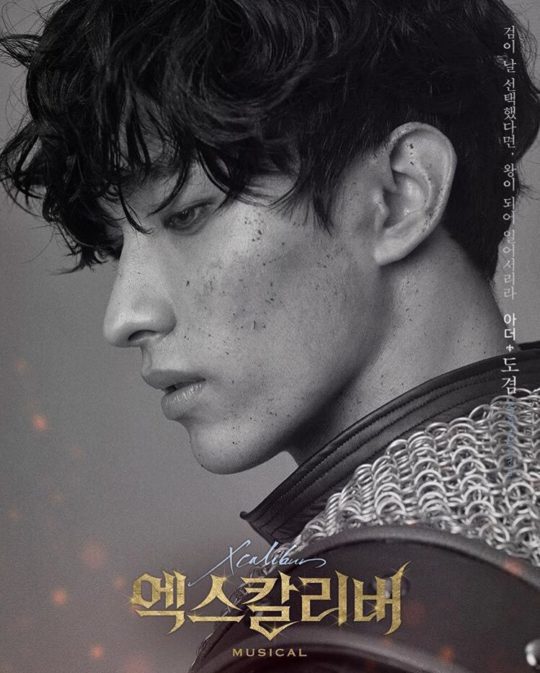 Carats have always thought DK would be a great fit for musicals, as he has both the killer pipes and the actor-good-looks. And so when Dokyeom was announced as part of the line up for the musical “Xcalibur,” and as King Arthur no less, we were all jumping around in excitement for him! He’s been training hard and showing a lot of promise and we’re just so proud of our Dokyeom! 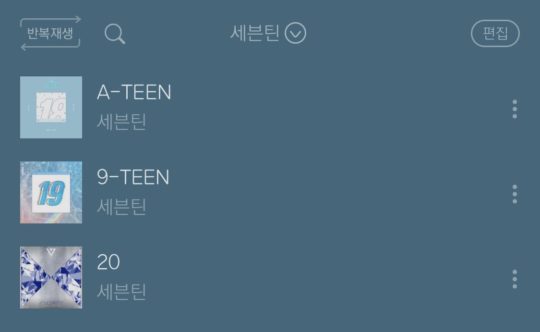 In 2018, a few members of SEVENTEEN participated in releasing a similarly titled OST for popular web drama “A-Teen.” This OST did so well, it even climbed to the No. 1 spot on charts, and won them the Best OST award at MAMAs 2018.

This year, when “A-Teen” returned for Season 2, it was announced that SEVENTEEN would be releasing another OST, this time as a full group. And the title of the track? — “9-TEEN”! Other than being another great song, fans were also tickled by the fact that the “sequence” of numbers were finally completed.

Joshua also made his acting debut by having a “surprise” cameo on the web drama. (He literally yelled “Surprise!”)

The explosion that was “You Made My Dawn”

When “Home” was released, Carats knew that this particular promotional period would be special. But we probably didn’t realize just how great it was going to be. “You Made My Dawn,” SEVENTEEN’s sixth mini album, broke all their prior records. It’s physical album sold more than 330,000 copies in first week sales (fourth group ever to do so), and over 500,000 copies in accumulative sales, making them one of the top-selling artists of 2019 so far.

“Home” also won 10 trophies across music shows, even bagging them their first ever wins on “Music Core” and “Inkigayo,” which then also resulted in their first grand slam on music shows, as well as triple crowns on “M Countdown” and “Music Bank.”

Whether as a group or as individuals, and on whichever stage they’re on, SEVENTEEN continues to shine brightly like the diamonds they are! They love doing what they do, and they love doing it for us, the fans. So thank you SEVENTEEN for always thinking of us, and know that we love you!

Happy #4YearsWithSEVENTEEN! Head down to the comments section and let everyone know how much you love our adorkable, talented boys!

Belinda_C loves SEVENTEEN as much as Hoshi loves shoving huge pieces of food into his mouth. Celebrate the boys with her on Twitter!

SEVENTEEN
Soompi Spotlight
How does this article make you feel?