“Angel’s Last Mission: Love” has already placed first in viewership ratings in its time slot last week, as well as this week. With its thrilling romance, captivating fantasy elements, and perfect chemistry between the actors, viewers couldn’t take their eyes off the screen.

Currently, the danger surrounding Lee Yeon Seo (played by Shin Hye Sun), from the near-fatal car accident to the frightening chandelier drop, is adding to the drama’s high tension. On top of that, her aunt Choi Young Ja (played by Do Ji Won) is getting in the way of Lee Yeon Seo’s return to ballet and made viewers concerned with her hopes to not have Lee Yeon back with the ballet troupe. 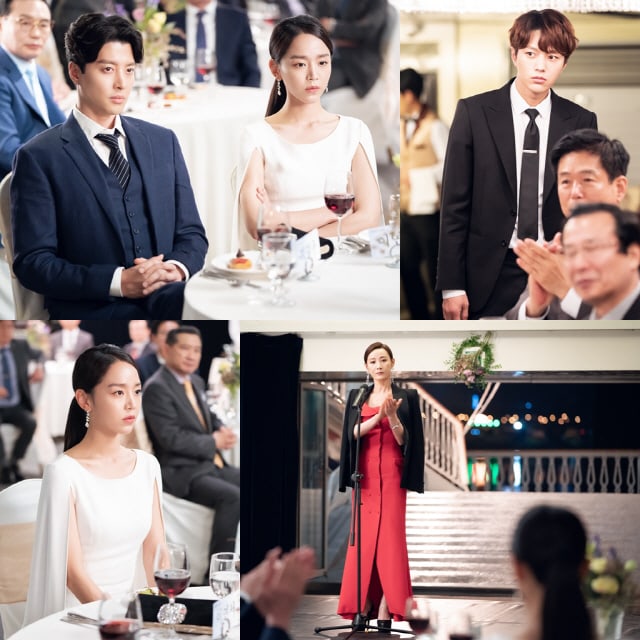 Meanwhile, next to Lee Yeon Seo is Ji Kang Woo providing his sturdy support. A bit away from Lee Yeon Seo, Dan is also looking around while observing his surroundings. His wary attitude as he moves around the party has left the viewers curious as to why he’s acting nervous, unable to take his eyes off of Lee Yeon Seo. Viewers are suspecting that his angel’s intuition will become active in order to protect Lee Yeon Seo.

The unpredictable night in “Angel’s Last Mission: Love” will air on June 6 at 10 p.m. KST. If you haven’t already, catch the latest episode below!