A photograph taken by CNBLUE’s Lee Jung Shin has reached the final 5 in the INSP Awards’ annual award for Best Photograph.

The INSP Awards celebrate “independent street paper journalism,” particularly in their commitment to social justice. The awards categories include Editorial Awards, which include Best Photograph, and Impact Awards.

The Best Photograph award goes to “the best example of a single original image captured by a street paper, and judged on artistic merit and storytelling ability.” Other photos in the Top 5 come from photographers in Germany, Brazil, Sweden, and Slovenia. 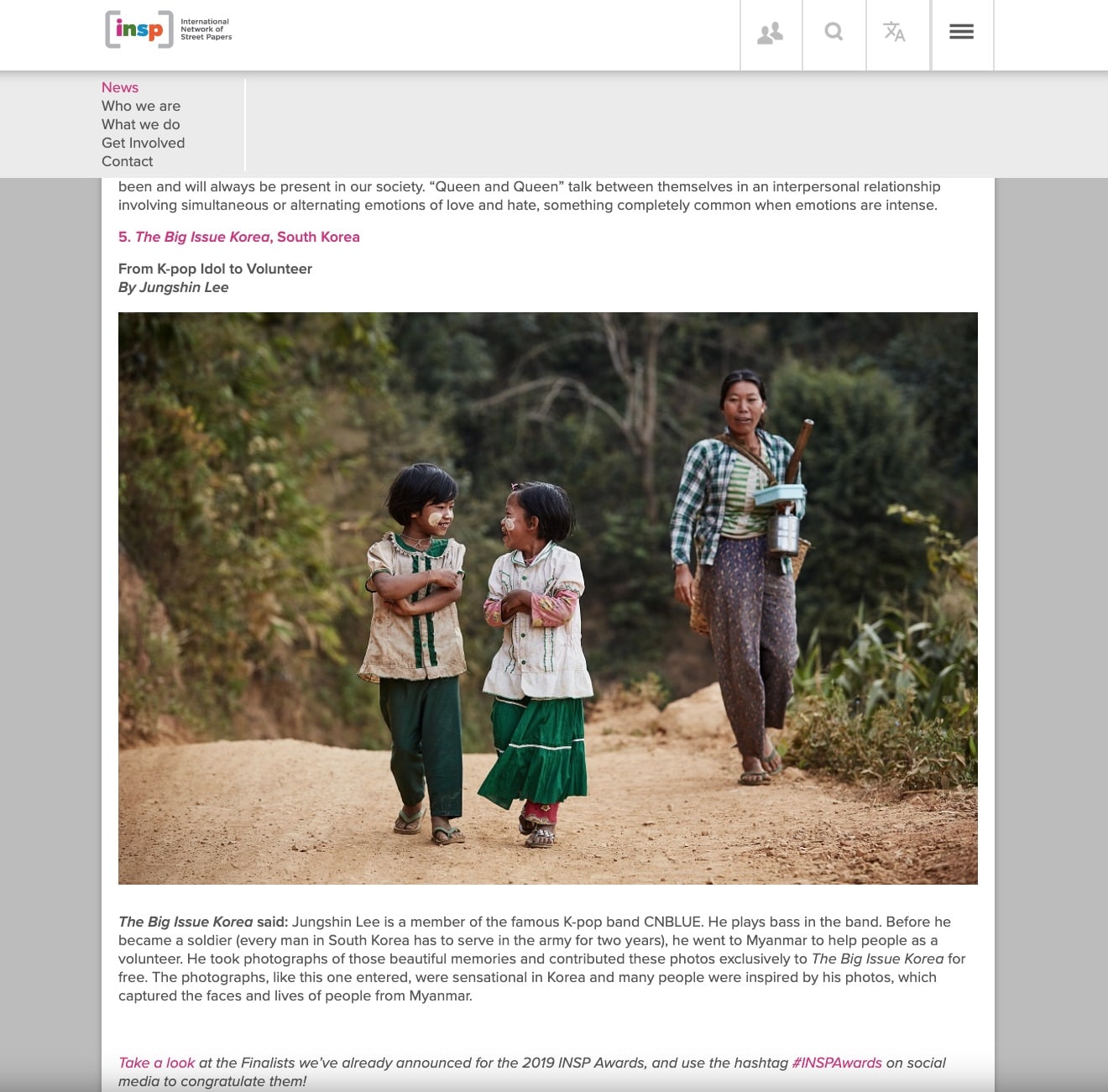 Lee Jung Shin’s hobby is photography and has used his skills to contribute to charity work. In 2018, he partnered with writer Lee Yong Shin to open a photo exhibition that raised money for children in Myanmar.

Check out Lee Jung Shin’s photograph and the other finalists here!

CNBLUE
Lee Jung Shin
How does this article make you feel?