Actor Ryu Seung Ryong recently shared some photos from a cute reunion with one of his former co-stars!

On July 4, Ryu Seung Ryong posted photos with child actress Kal So Won on his personal Instagram account and wrote, “Father-daughter reunion. So Won is eating lots of beans and growing up healthy on Jeju [Island].”

Ryu Seung Ryong and Kal So Won appeared together as father and daughter in the film “Miracle in Cell No.7.” The movie, which tells the story of a mentally challenged man wrongfully imprisoned for murder (Ryu Seung Ryong) and his daughter who is smuggled into prison to see him (Kal So Won), was a box office hit when it was released in 2013. 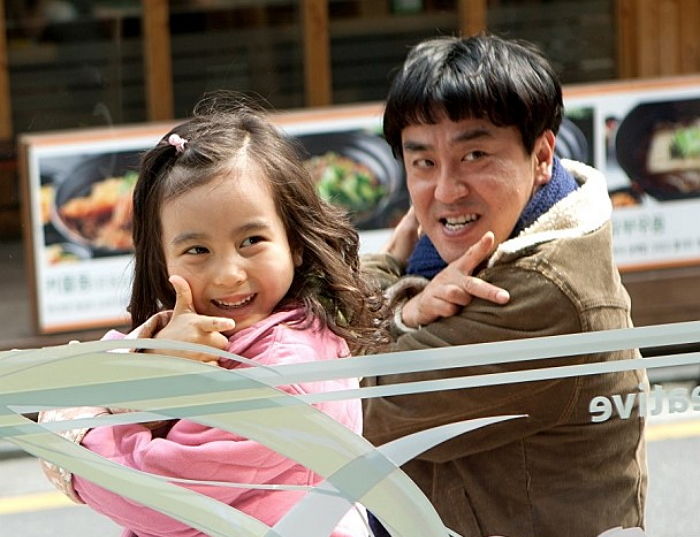 The caption in the Instagram post refers to a famous line in the movie, in which Ryu Seung Ryong tells his onscreen daughter, “Ye Seung, you have to eat beans! Beans! Vitamin!”

Kal So Won
Ryu Seung Ryong
Miracle in Cell No.7
How does this article make you feel?