For many drama enthusiasts, we all have some actors or actresses whom we consider a must-watch. For me, Ji Sung is one of them. As long as he’s in a new drama, regardless of what the genre or the plotline is, you can be sure I’ll be watching it. The man is just so talented and versatile that he easily captures the essence of each character he dons. 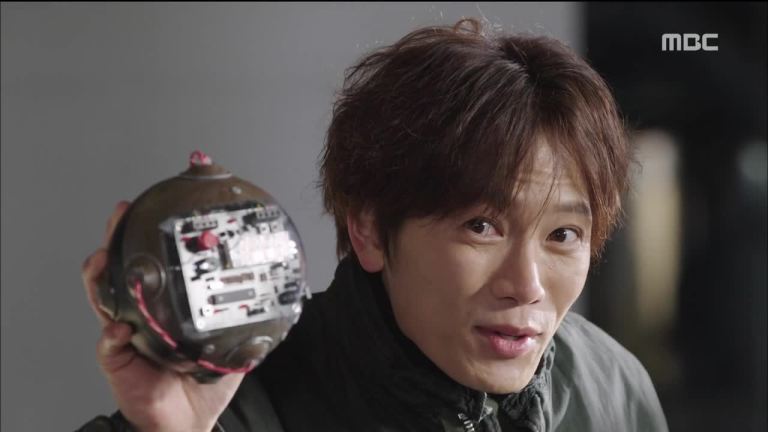 Even in his earlier works, he was able to pick up the nuances in his characters and deliver layered performances. With age and life experience, his more recent works become even more complex and fascinating to watch. Here are just some of his most interesting characters in K-dramas. 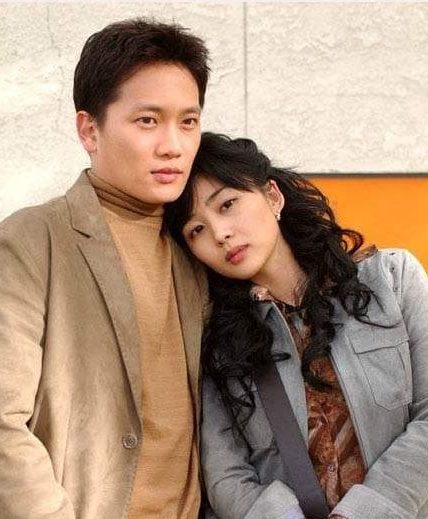 “All In” isn’t Ji Sung’s first drama. In fact, his debut work is a drama called “KAIST” which aired in 1999, a whopping 20 years ago! But “All In,” due to its wide-reaching popularity and Hallyu-wave-classic status, is often considered to be Ji Sung’s breakthrough drama. Indeed, this was one of his last times playing the second male lead. Fun fact: While other actors were hesitant to take the role, as they were worried about being outshone by the talented Lee Byung Hun, Ji Sung actually grabbed the chance and suggested himself for it.

Despite coming from different social and familial backgrounds, Choi Jung Won (Ji Sung) and Kim In Ha (Lee Byung Hun) become fast friends when they meet in school. While trying to save their friend Min Su Yon (Song Hye Kyo), they commit arson and, unbeknownst to them, manslaughter too. Kim In Ha is sent to prison for his crimes but Choi Jung Won, because of his family’s connection, is cleared of all charges. This split in their paths takes a toll on their friendship as well as bring about changes in their personalities. While teenage Choi Jong Won was the model student, adult Choi Jong Won gives in to his rebel instincts and often lives his life in the grey area — he never veers evil, nor is he ever a saint. It is a hard line to toe, but Ji Sung plays it so well and so layered, which keeps the viewers naturally invested and engaged in his character. Oh, and he held his own across Lee Byun Hun too! 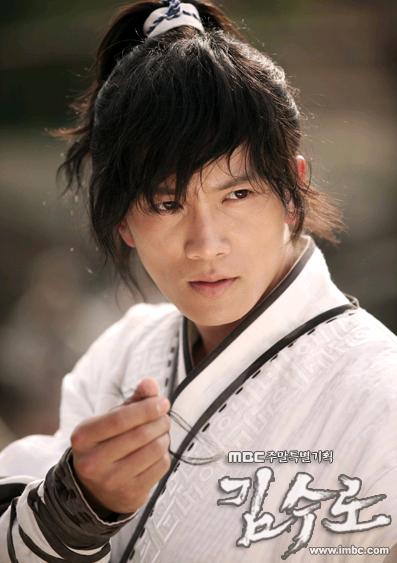 I’m going to be super honest and admit that this drama was added this to the list because it is one of Ji Sung’s rare entries into historical dramas. (Yes, there’s also 2012’s “The Great Seer,” but the cast’s super entertaining “Running Man” appearance was more memorable than the actual drama, so… to each their own.) 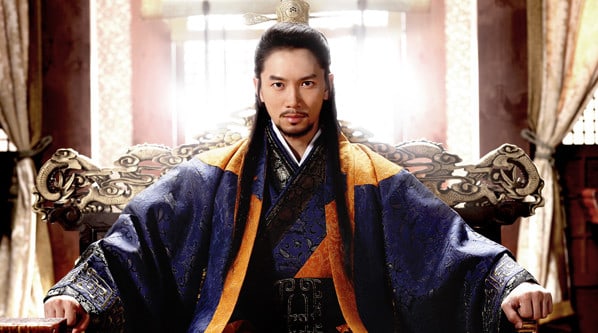 “Kim Soo Ro” is a story that is largely based on the true tale of Kim Soo Ro, the historical character who unified various tribes and became the founder of the state of Geumgwan Gaya during the Three Kingdoms Period. Ji Sung, who plays this titular character, easily captures Kim Soo Ro’s charisma, intelligence, and tenacity as he slashes his way to the throne. While I personally favor modern-Ji Sung to historical-Ji Sung, there’s no denying that his charms permeate to whichever century he is in. 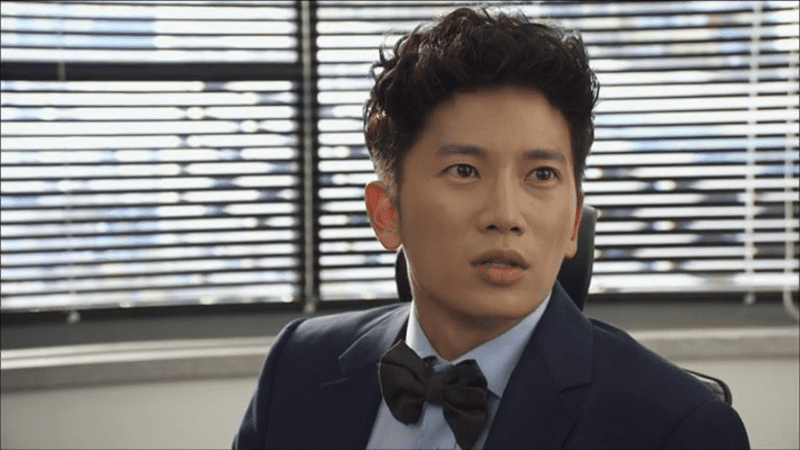 Ji Sung’s turn as Cha Ji Hun in “Protect the Boss” is one that really put his great comedic skills on display — a facet of him we rarely see in his earlier projects. This character is definitely one of Ji Sung’s less suave ones. Cha Ji Hun, while being an arrogant chaebol, is actually more earnest and harmless than the typical jerk–chaebol. He’s unambitious, has social anxiety issues, and is somewhat of a child at heart (read: immature).

“Protect the Boss” is a workplace rom-com, with an emphasis on the “com.” The comedy hits from all sides, ranging from parodies to slapstick humor, and Ji Sung is up for all of it, no matter how absurd he may look. (And he does. That hairstyle! Ugggh!) And yet through all the broad humor, Ji Sung still imbues Cha Ji Hun with enough heart and earnestness that viewers can’t help but naturally cheer this endearing goofball on. 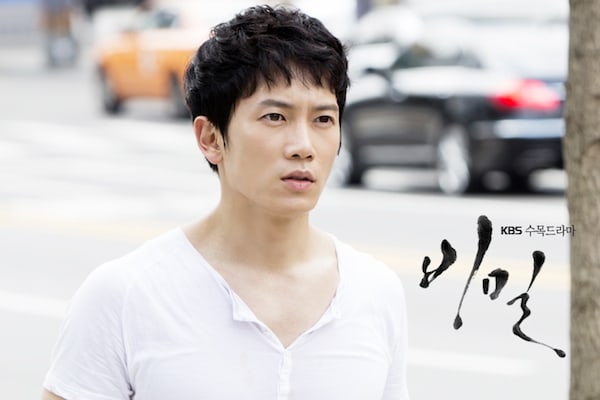 Jo Min Hyuk in “Secret Love” starts off as the stereotypical chaebol that we often saw in K-dramaland before we started getting nice guy chaebols. He’s an arrogant, condescending, and hard-partying playboy who is just generally an atrocious human being. Though it’s not long before we find out that he unraveled into this horrifying human being because of a tragedy that happened a while back.

Is this an early depiction of the Yona pout?

Even though Jo Min Hyuk is all kinds of wrong in the early episodes, Ji Sung’s delivery allows the viewers to see where he is coming from. We might not be able to empathize with him, but we can at least sympathize that this emotionally damaged character is a victim himself too. Ji Sung usually plays the endearing hero in dramas, so this dark, tortured turn as Jo Min Hyuk is certainly out of the norm for him, and yet he easily proves that he can pull off these type of roles. 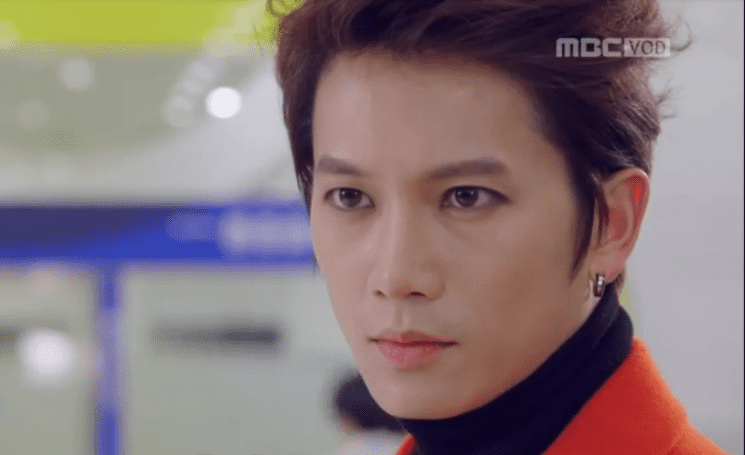 When reading the description for this drama, I was absolutely rolling my eyes. This was around the same time “Hyde Jekyll, Me” was announced and both featured male leads with Dissociative Identity Disorder. I still clearly remember my thoughts at the time: “Seven identities? C’mon! Are they trying to compete by churning out more identities? That’s just ridiculous!” And boy was I wrong.

How did this admittedly implausible premise turn into such a big hit? Two words. Ji. Sung. While it’s true that the drama has many things going for it — the strong chemistry between the three main leads and an intriguing storyline — if Ji Sung hadn’t been able to own all his characters, it could have potentially been a mess.

Ji Sung imbues each identity with so much vibrancy and distinctiveness — Cha Do Hyun’s mild-mannered personality, Shin Se Gi’s toughness, Perry Park’s flamboyance; Ahn Yona’s coquettishness, and so on — each identity feels like it could be a fully fleshed-out character in and of its own. So when each of these identities started disappearing in the drama, I was ugly sobbing right along, as if we were saying goodbye to dear friends we had known for a long time. And that is the power of Ji Sung’s versatility. That, and making Shin Se Gi so damn sexy. *Swoons* 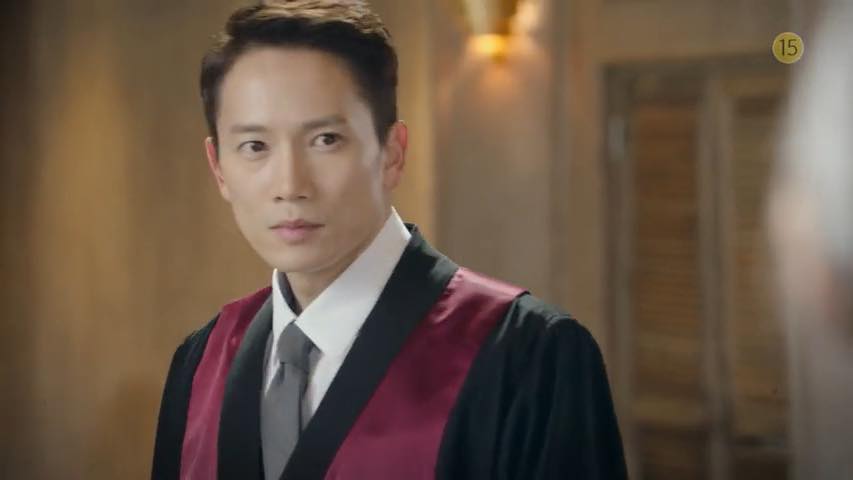 For “Defendant” Ji Sung dons the character of Park Jung Woo, a prosecutor who finds himself in jail and on death row, but is unable to remember how or why. Later, he realizes that he’s been imprisoned for murdering his wife and young daughter but refuses to believe that he could commit such a heinous act. This conviction prompts Jung Woo to search for answers and embark on a journey of revenge and survival.

Park Jung Woo goes through many stages of character progression in this drama, and with them, a roller-coaster of emotions. He goes from an amnesiac who’s haunted by fleeting images of blood and death, to an inmate who’s fighting to stay sane and alive, to a loving father who’s determined to protect his daughter, and finally a prosecutor who dons his gown once again and returns to his former glory.

Ji Sung brings such emotional depth to each of these facets of Park Jung Woo, and the pain and suffering he experiences along the way are palpable. Each episode, Ji Sung goes toe-to-toe with the just-as-amazing Uhm Ki Joon and both actors fire on all cylinders, drawing us further and further into this great thriller of a drama. 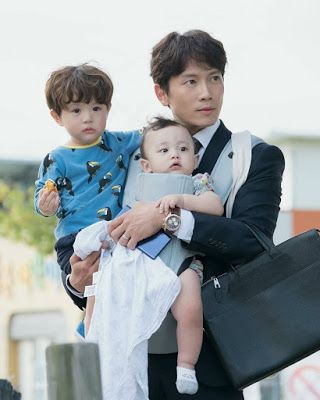 This time around, Ji Sung forsakes the more dramatic roles for a more down-to-earth one — a husband in a failing marriage. “Familiar Wife” is a story of Cha Joo Hyuk and his two wives. Yes, you read that right, though it’s not quite what you think. There is a supernatural twist on this story, as Cha Joo Hyuk manages to find a way to go back in time and chooses his first love instead of his current wife, Seo Woo Jin (Han Ji Min). And as he travels between these two different timelines, we see Cha Joo Hyuk alternating between a frazzled husband who has had enough of his overbearing wife, and of a man who is flourishing because he is hopeful for love once again — and Ji Sung delivers on both ends!

While this character isn’t as flashily written as Jo Min Hyuk, Cha Do Hyun (x7), or Park Jung Woo, Ji Sung’s natural charisma and abounding talent gives Cha Joo Hyuk the groundedness it needs — especially amongst the supernatural elements — and weaves a heartfelt story rooted in love and second chances. 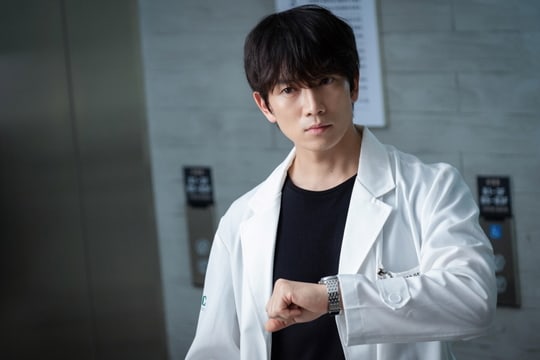 Ji Sung’s latest (and currently-airing) drama “Doctor John” brings him back into the medical world 11 years after his first foray in “New Heart” in 2007 (and back to prison after two years). Cha Yo Han is a talented anesthesiologist who has his patient’s best interests at heart, even if those interests are at times against the law. This is ultimately what lands him in jail, as Cha Yo Han illegally euthanized one of his patients who had been painfully suffering and without an end in sight.

While this drama is only a few episodes in, we have already witnessed Cha Yo Han’s brilliance in diagnosing, and determination in providing the correct treatment despite his colleagues’ doubts. When discussing sensitive topics such as euthanasia, Cha Yo Han is able to resolutely vocalize his stance as well as give the reasons behind his choices.

Ji Sung delivers the gravitas and depth when talking about these matters and this encourages the viewers to consider Cha Yo Han’s arguments too. And while I had initially said I hoped the relationship between Cha Yo Han and Kang Si Young (Lee Se Young) would remain mentor-mentee, now, after a few more episodes, I am so conflicted! The way Cha Yo Han looks at Kang Si Young is swoon-inducing, and… well, darn you Ji Sung and your electrifying gazes!

Are you an enthusiastic Ji Sung fan too? How many of his works have you watched? Take the poll below and let us know, then head down to the comments to tell us which of them is your favorite!

Belinda_C is tickled by how many of Ji Sung’s character’s have the surname, Cha. Talk “Doctor John” and SEVENTEEN with her on Twitter!

Soompi Spotlight
Kill Me Heal Me
Ji Sung
Kim Soo Ro
Protect the Boss
Secret
All In
Defendant
Familiar Wife
Doctor John
How does this article make you feel?