On the August 26 broadcast, the music producer and songwriter spoke about some of his most popular tracks.

“The first idol I worked with was Block B,” said Kiggen. “I got to participate in Block B’s first album. I met Zico then. Thinking back, I was able to meet many bright, young, and skillful people.”

Thinking back to the recording session for “Oh Little Girl,” Kiggen said, “I thought that the recording atmosphere wouldn’t be good. I thought that it’d be uncomfortable since [the contestants] had to step over each other to win, but it was friendly.”

When asked which member was the best fit for the concept, Kiggen replied, “I wonder how it would’ve turned out even if just one member wasn’t there.” 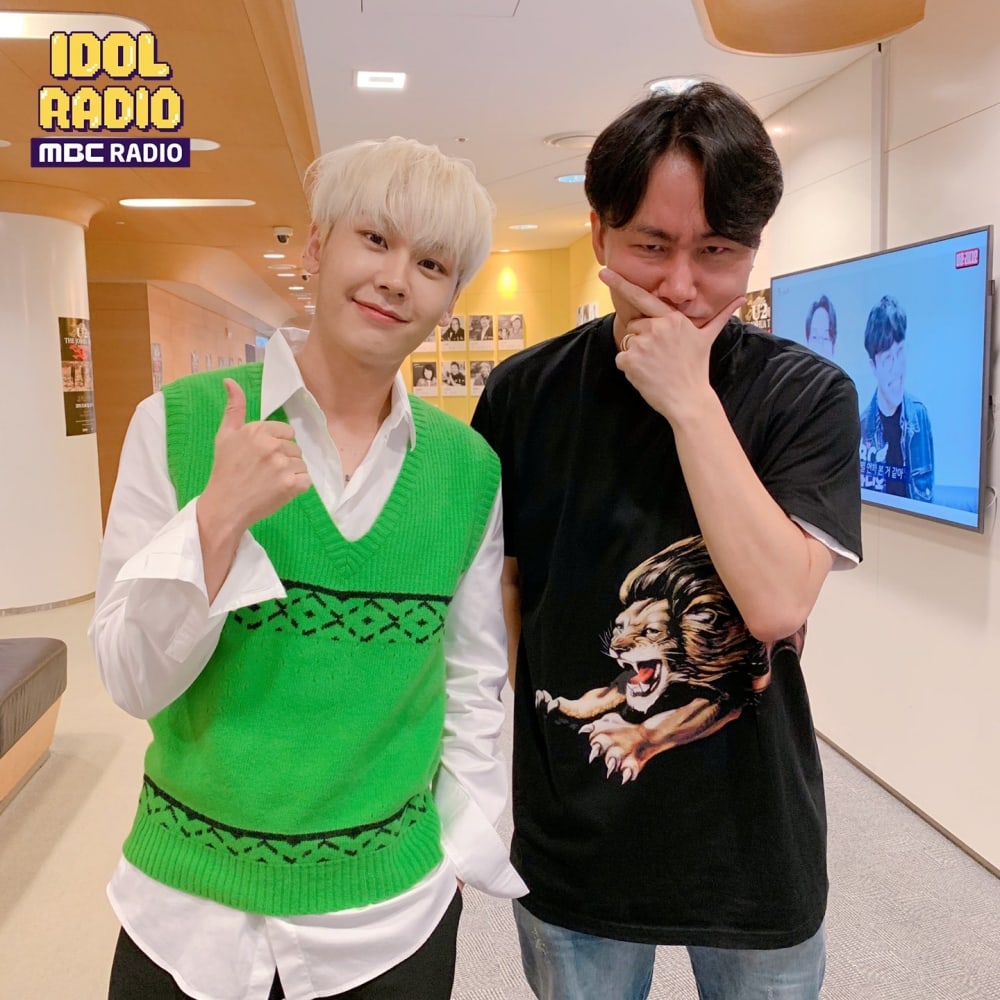 As for “U GOT IT” from “Produce X 101,” Kiggen said, “The melody and musical direction were written by Americans. A very Californian-style [music] file came to me. These kinds of lyrics came about because I was trying to match the syllables. It’s embarrassing, but the reaction wasn’t bad and I think I did a good job making it.”

He added, “These days, K-pop is so popular that many outstanding producers all over the world want to write K-pop songs.”

Kiggen then chose NU’EST W’s “If You” as his favorite song. He stated, “NU’EST is a group that had many ups and downs, and they released many great songs as NU’EST. The path that they walked wasn’t wrong because as ‘If You’ gained popularity, their past songs entered the charts again. It was an interesting phenomenon. For the first time, many songs that I created were in the charts.”

The music producer doled out compliments to singers he worked with in the past. He revealed, “Wanna One and Jeong Sewoon are singers who just came out into the world and are just starting music, so they have really good energy. I was shocked because SEVENTEEN is so good at singing.”