“Flower Crew: Joseon Marriage Agency” tells the story of a king who makes a request to Joseon’s best dating agency Flower Crew to protect his first love. Upon his request, the matchmakers at the agency risk their own lives to transform the lowly woman Gae Ddong (Gong Seung Yeon) into the most refined noble. 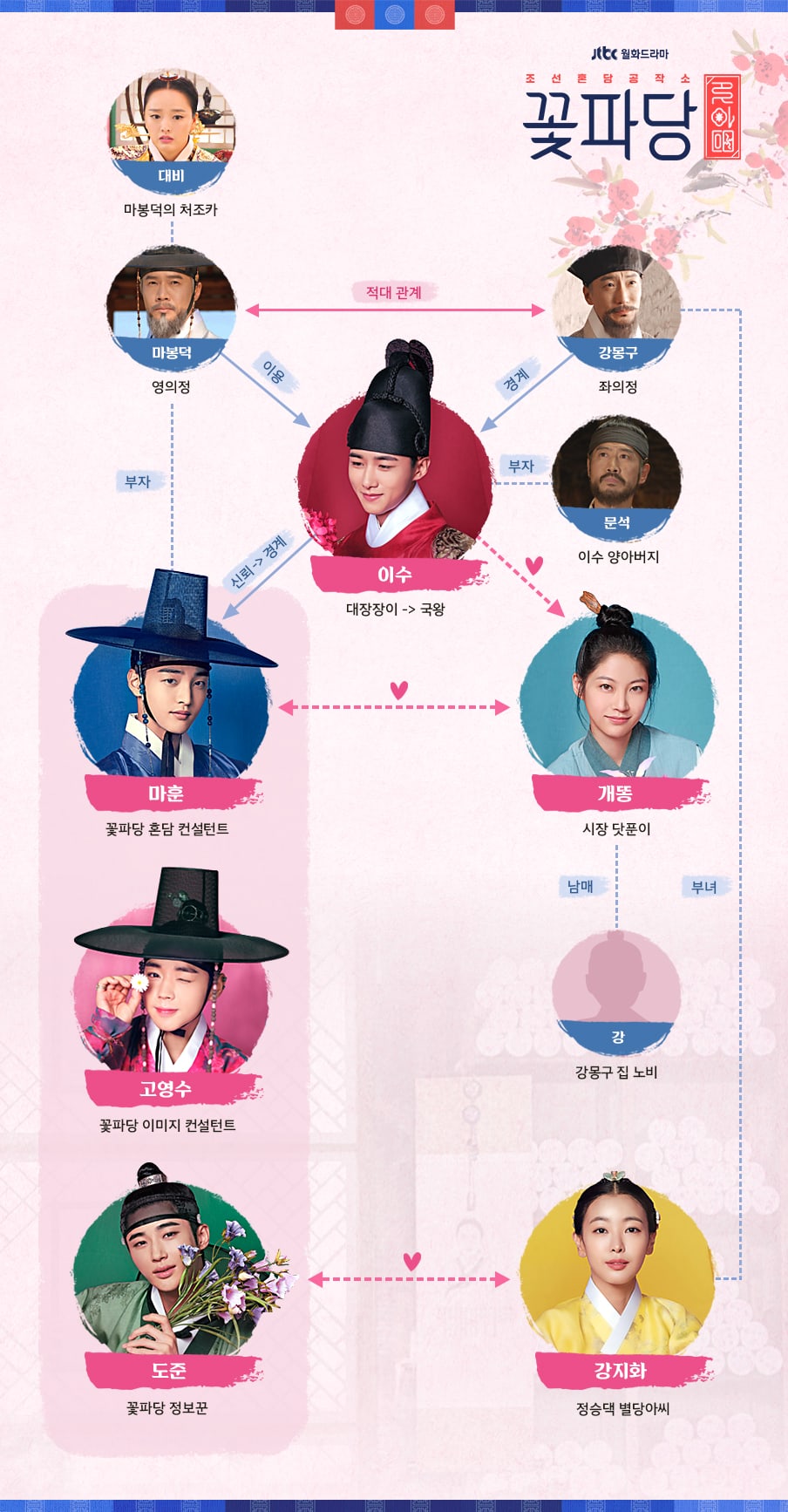 At the center of the chart is Yi Soo (Seo Ji Hoon), a blacksmith who turns into a king. He is surrounded by Moon Seok (Lee Yoon Geon), his adoptive father; Kang Mong Goo (Jung Jae Sung), a senior minister of state who aims to reverse the current situation surrounding Yi Soo’s royal lineage; and Ma Bong Duk (Park Ho San), the Chief State Councillor and Ma Hoon’s (Kim Min Jae) father. He is an ambitious man who intends to manipulate Yi Soo for his own benefit, and he also places his niece Dae Bi (Kwon So Hyun) in the royal palace as the king’s consort in order to empower himself. Ma Bong Duk has a hostile relationship with Kang Mong Goo.

Below Yi Soo’s political circle is Gae Ddong, a girl who will take on any task in the markets as long as she gets paid. A heart is drawn from Yi Soo to Gae Ddong, hinting at Yi Soo’s romantic feelings for Gae Ddong. She has a sibling called Kang, who works as a servant in Kang Mong Goo’s home. Gae Ddong also shares a double-headed heart arrow with Ma Hoon, a consultant of the matchmaking agency Flower Crew. Although Ma Hoon originally thinks of Yi Soo as someone he can trust, he later becomes wary of the king.