Hey guys, have you heard? Ji Chang Wook is BAAAAACK!

“Melting Me Softly,” Ji Chang Wook’s first post-military drama, tells the story of Ma Dong Chan (Ji Chang Wook) and Go Mi Ran (Won Jin Ah) who volunteer themselves to be frozen for 24 hours as part of a cryogenics experiment-slash-variety show production. However, things go awry when they aren’t warmed and woken up by the end of the 24 hours, but instead, are woken up 20 years later!

So far, the first two episodes are mostly set in the year 1999 (pre-freeze), and we see the respective social circles of Ma Dong Chan and Go Mi Ran as well as the whys and hows of the cryogenic experiment.

Ma Dong Chan is an award-winning variety show director who enjoys taking on challenges and taking risks. His newest fascination is with the study of cryogenics, and he wishes to film the process of freezing and unfreezing humans as part of an experiment conducted by Dr. Hwang (Seo Hyun Chul). Wanting to raise the experiment’s validity, he volunteers himself to be one of the test subjects while also intending to enlist a female test subject. 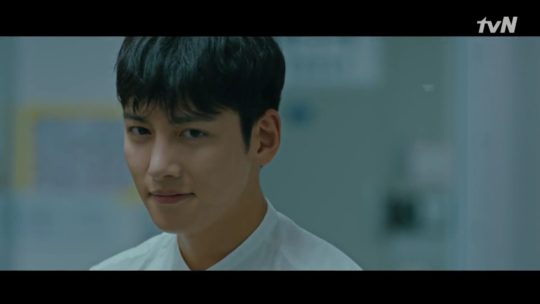 Son Hyun Ki (FTISLAND’s Lee Hong Ki) suggests Go Mi Ran for the position. He reminds Dong Chan about Mi Ran’s risk-taking capabilities as shown by her volunteering for whatever far-fetched experiment Dong Chan was concocting for his variety show “Infinite Experiment Paradise.” He agrees that she would be a good candidate, but alas, Mi Ran’s fearlessness stops short of allowing herself to be frozen.

Dong Chan and Hyun Ki doggedly pursue Mi Ran in hopes to convince her to join them, and they find her hanging around the riverbank with her friends. Also at the riverbank? Mi Ran’s boyfriend, Hwang Byung Shim (B1A4’s Baro), who is on a pedal-boat date. With another girl. That ends as spectacularly as you would imagine it to, and all parties involved end up at the police station for questioning. While Dong Chan doesn’t get an opportunity to persuade Mi Ran, he does get a front row seat to her spit-fire personality.

When you have one mate too many.

When Dong Chan does eventually meet Mi Ran, she remains adamant in her refusal. That is, until he mentions that cryonics has reported healing abilities, and they could be playing a part in changing how treatments and medicine work in the future. This makes her think of her younger brother, Nam Tae, who has a developmental disability, and is finally motivated to join the experiment.

The day of the experiment finally arrives, and Dong Chan and Mi Ran are frozen along with four other undisclosed test subjects. They set the clock for 24 hours, and Hyun Ki and his crew film the whole process for their variety show. 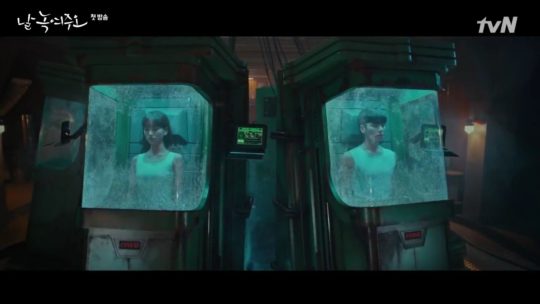 Things go as expected until about two hours left on the clock, when Dr. Hwang suddenly says he has to step out for a bit. His assistant is worried as they have to start the unfreezing process soon, but Dr. Hwang insists he’ll be back very soon. And so the doctor (who is also the only one capable of unfreezing the test subjects by the way) leaves the facility. Long story short, Dr. Hwang ends up in a car chase, and just when you breathe a sigh of relief that he’s avoided the truck of doom, his car goes kaboom!

And so, with the 24 hours now up and without the doctor to initiate the unfreezing process, things in the facility rapidly go haywire. The assistant locks the camera crew out, and before anyone realizes what’s happening, everything in the lab has disappeared, including the capsules holding the test subjects. Hyun Ki and his superior decide to keep this a secret while also bribing Dong Chan’s girlfriend Na Ha Young (Chae Seo Jin) to keep her silence with a position as a prime time news anchor.

The respective families only know that Dong Chan and Mi Ran have gone missing but do not know the details surrounding their disappearance. Dong Chan’s family persistently hands out “missing person” flyers over the years hoping to hear any news but to no fruition. Mi Ran’s family, on the other hand, receives a mysterious envelope clueing them in that Mi Ran is actually alive, but they have to stay quiet if they want her to live. 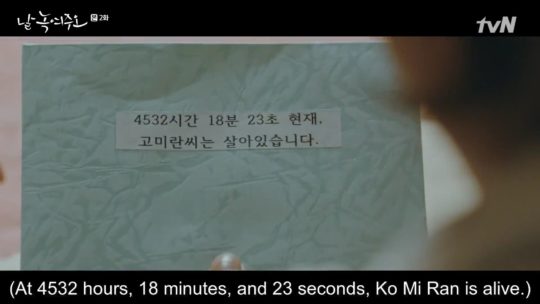 That’s a little over 6 months, if you’re wondering.

Fast forward years later, and we arrive in 2019. It turns out that Dr. Hwang somehow survived the accident (looking completely unscathed too) but has been in a coma. He miraculously wakes up and staggers over to inject Dong Chan and Mi Ran with a serum and starts the unfreezing process. The two of them wake up at different times and make their way out into the world (with a fresh set of clothes no less!). After more staggering, Dong Chan collapses and gets sent to the hospital, whereas Mi Ran manages to go to quite a few places despite her sickly state. It takes a while for reality to set in, but they finally realize that it’s no longer 1999, and the people around them have, well, aged 20 years.

There are individual elements of the premiere that I really enjoyed: Ji Chang Wook, Mi Ran’s relationship with her brother, Mi Ran and her two friends, seeing Hong Ki and Baro one last time before their military enlistments, the feel of the the late ’90s, Ji Chang Wook… And yet, for me personally, the premiere as a whole didn’t quite sparkle as much as I’d hoped it would. I can’t quite place my finger on what’s off — maybe it’s the over-the-top sequences like Mi Ran suddenly displaying kung fu skills or the whole opera singer-dinner scene, maybe it’s the supporting characters (everyone around Dong Chan circa-2019 feels… loud), maybe it’s the pacing, or maybe it’s something else. Whatever it is, something is preventing me from really falling for the drama. 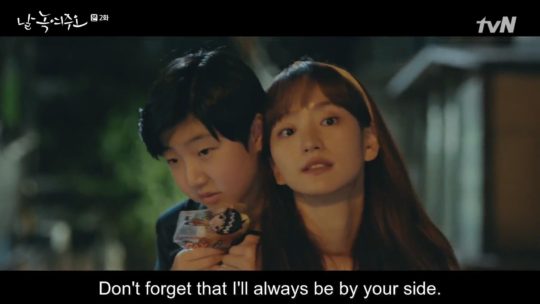 The scenes of Nam Tae missing his sister were heartbreaking. T.T

With the show now in 2019, there are a different batch of actors taking over the roles (now that they’ve aged 20 years). How the chemistry will play out is still yet to be seen, but for sure the younger counterparts will be missed (Baro as the narcissistic, Freud-loving ex-boyfriend is hilarious). The chemistry between the “older” actors remains unknown, and we’ll just have to wait and see how everything plays out. That being said, I can already imagine Shim Hyung Tak as the older-but-just-as-self-involved Hwang Byung Shim, and it already feels amazing! 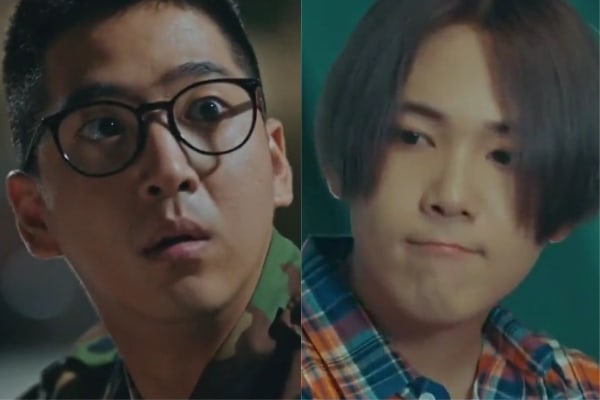 Storyline-wise, there are parts where the writing may make you want to facepalm, such as when the doctor suddenly needs to leave with two hours left on the clock, or that the medical staff at the hospital all seem rather lost, or that post-freeze Mi Ran still manages to wander all around the city even though she looks like she’s about to collapse any minute. However, the threads of mystery are intriguing enough. I definitely want to know who the other four test subjects are (“Is it Freddie Mercury?!”), and just how did Dr. Hwang survive that explosion with nary a burn mark?!

All in all, “Melting Me Softly” has the ingredients to make for a great drama, but it may need a bit more heat to get it to just the right temperature.

Watch the premiere of “Melting Me Softly” here!

If you’ve watched the premiere, what did you think of it? Do you also feel that there is something off, and if so, what do you think it is? Or are you love, love, loving it instead? And where do you think post-freeze Dong Chan and Mi Ran got the clothes from? Let us know in the comments below!

Belinda_C is excited to have Ji Chang Wook back on her screen again! Talk “Melting Me Softly” and SEVENTEEN with her on Twitter!