Rapper Cheetah and actor and director Nam Yeon Woo appeared at the 24th Busan International Film Festival and shared what it was like to work on a film together as a couple.

On October 5, there was an event held for the film “Jazzy Misfits,” which was directed by Nam Yeon Woo and stars Cheetah.

“Jazzy Misfits” tells the story of a mother (played by Jo Min Soo) and daughter (played by Cheetah) who meet in Itaewon and chase after the second daughter in the family who has run off with money. This was Cheetah’s first production as an actress, and she took on the role of Soon Deok, who had to grow up and act like an adult from a young age.

She explained, “I’m making my debut as an actress. The film was shown yesterday, and I went in secret to watch it. People might not be able to fully enjoy a film if the lead actress is present, and they may feel like they should be giving bigger reactions, so I snuck in with sunglasses and a hat. I ended up crying at the end because I was so moved. It all felt so new and I was happy about trying something new.” 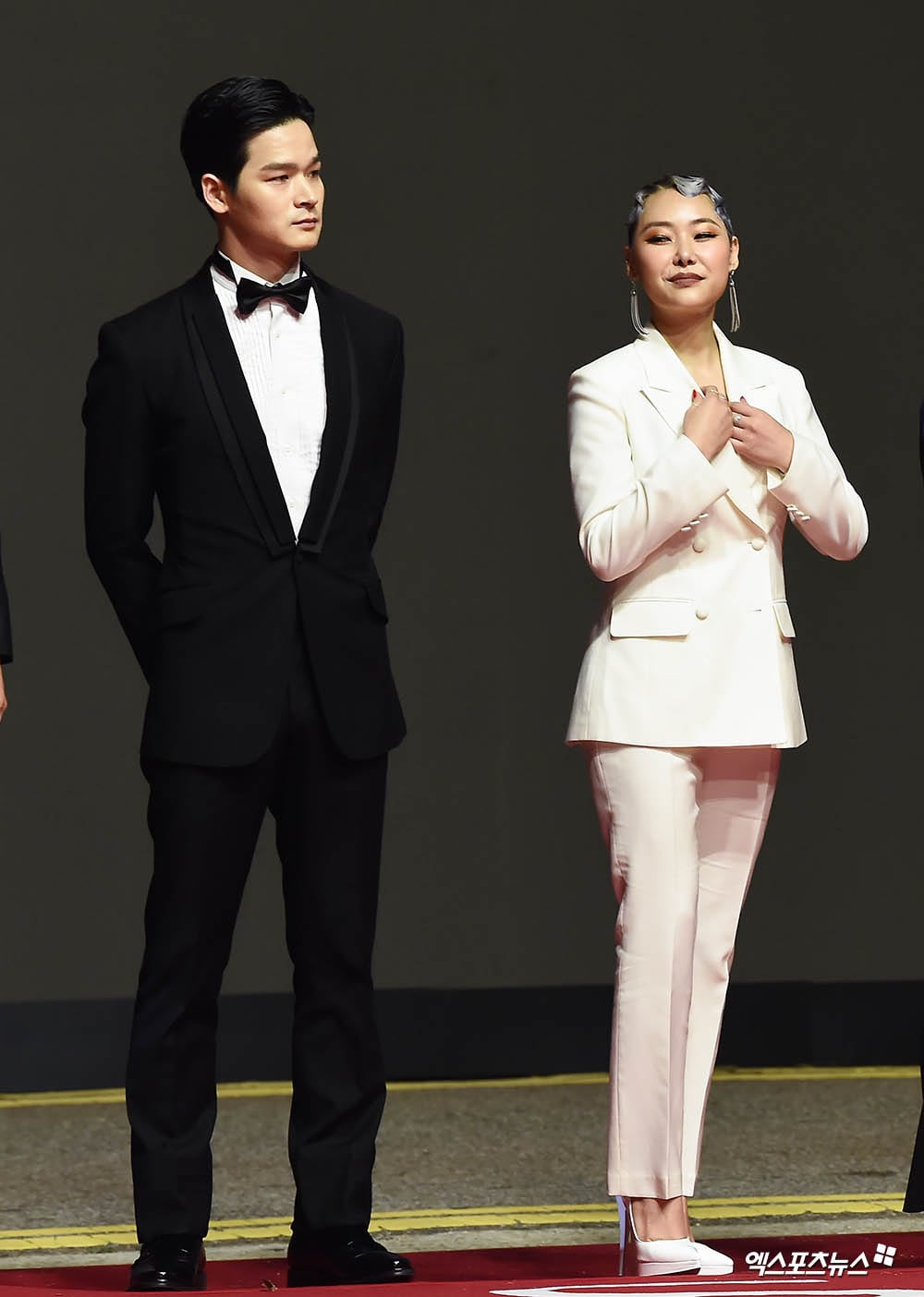 Cheetah and Nam Yeon Woo went public with their relationship in October 2018, and the pair was asked what it was like to work with each other. Nam Yeon Woo said, “I didn’t know just how good of an actress she was.” Cheetah added, “The same goes for me too. I’d only known him as an actor and my boyfriend, but seeing him work as a director, he had a different aura to him. I thought, ‘Has he always been this cool?'”

“Jazzy Misfits” is set to premiere in theaters in 2020.