“The Present” tells the story of vigorous people in their youth who come together to carry out a sparkling idea when a mysterious man appears from the past.

The new posters for the film show the interesting relationship between Sang Goo (played by Shin Ha Kyun) and the three youths. In the first poster, Ha Neul (Suho), Bo Ra (Kim Seul Gi), and Young Bok (Yoo Soo Bin) are smiling brightly as they study a thermal imaging camera used for firefighting. In the background, Sang Goo is keeping watch with a suspicious gaze. The text reads, “One day, he appeared,” and points to Sang Goo. 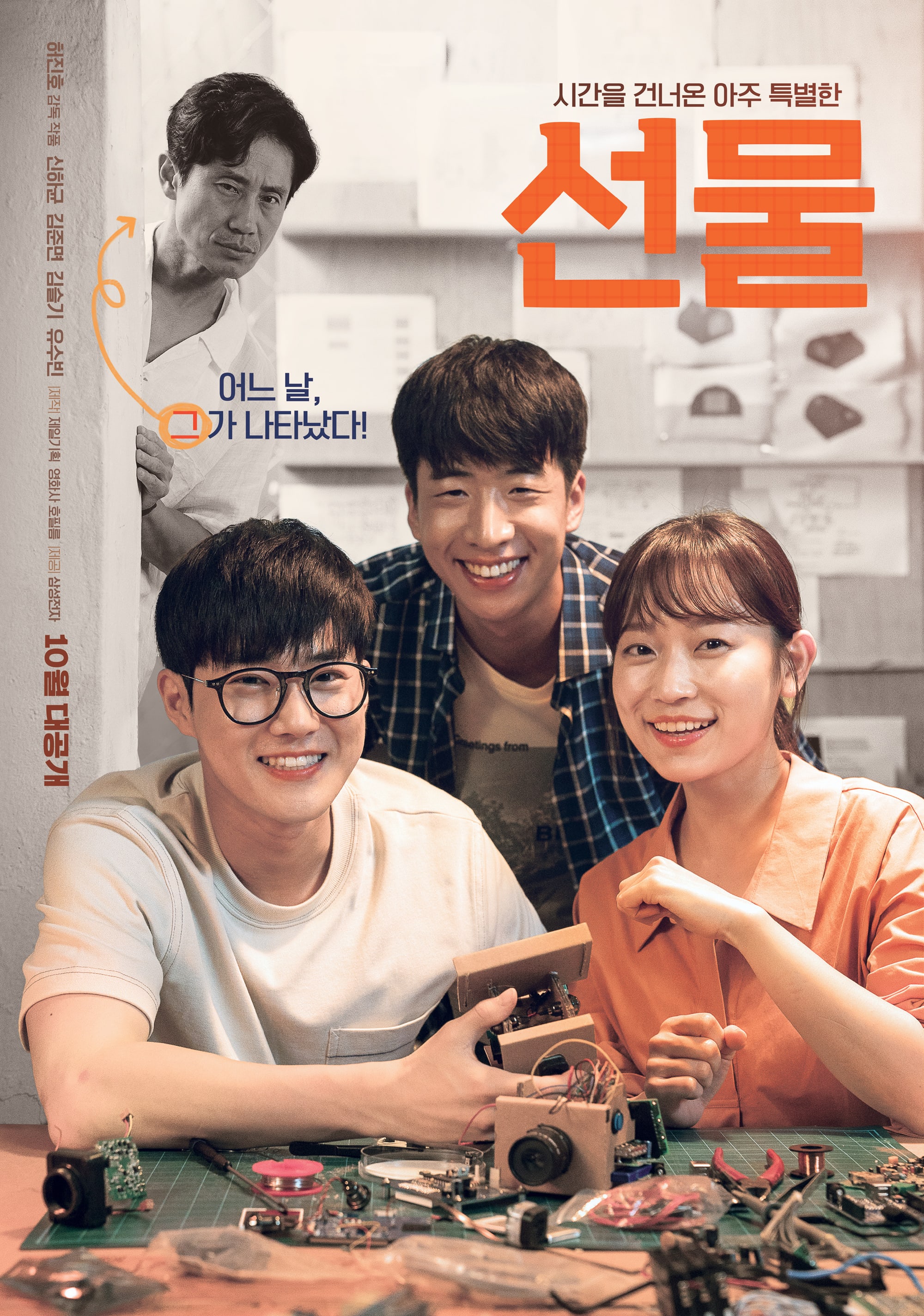 In the second poster, Sang Goo shows a suspicious smile as Ha Neul, Bo Ra, and Young Bok look at him with shocked expressions. 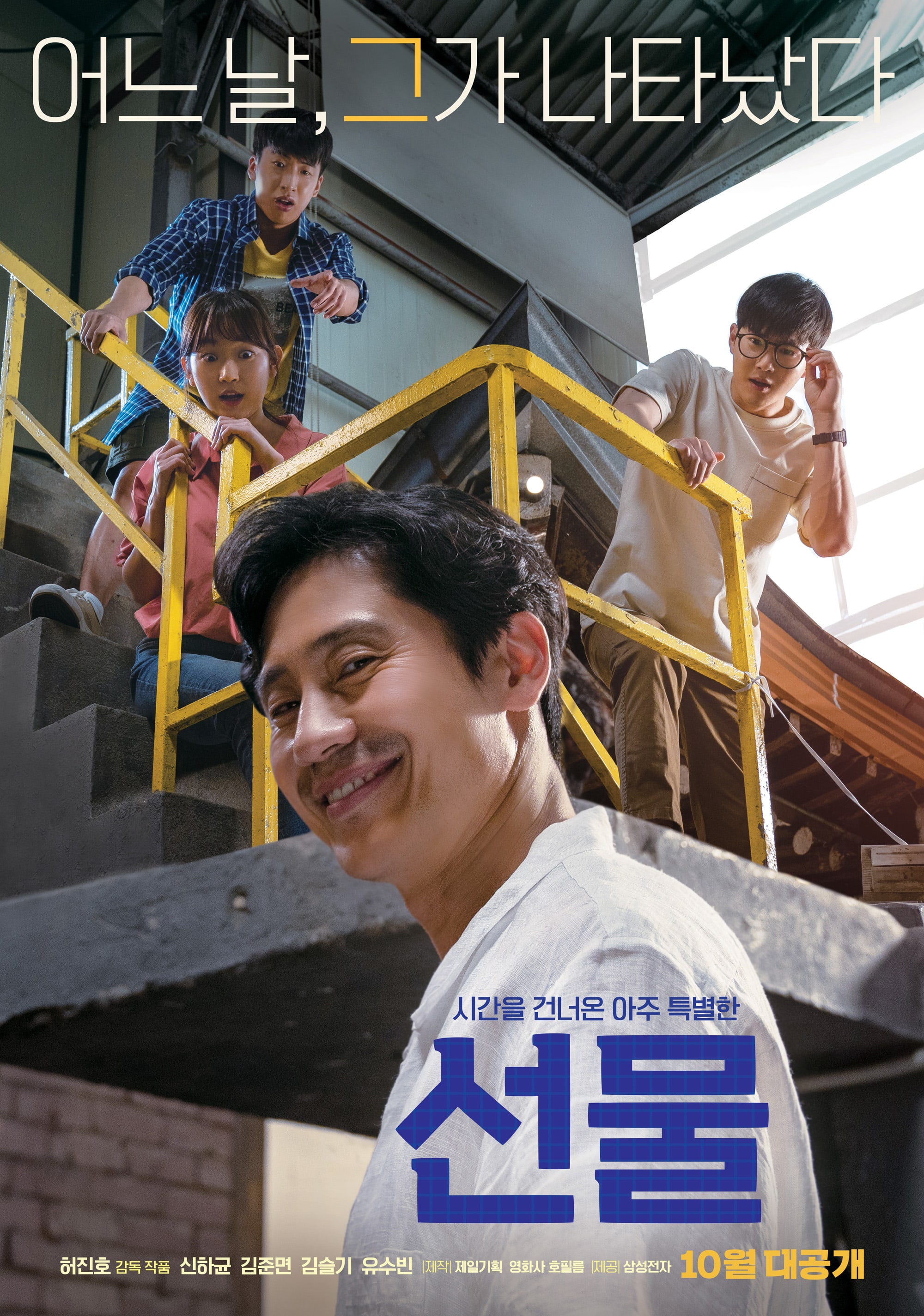 In the official trailer for “The Present,” Sang Goo looks completely lost as he winds up in the year 2019. He tells Ha Neul, “This is my factory. I’m a bit weird, right?” When Ha Neul doesn’t believe him, Sang Goo shows him his old identification card which reveals that he was born in 1925. Young Bok says, “He’s my great grandfather’s age.”

Meanwhile, Ha Neul and Bo Ra appear to be having a difficult time with their idea, but they continue on. Ha Neul says, “We’re doing it because it’s meaningful, and it might hit big.” Taking a picture together with Sang Goo, Ha Neul says, “You’re a weird person, but I think you’re a good person.”

“Present” will premiere on October 17. Watch the full trailer below!