Kwon Hyuk Soo and YouTuber GudoShelley have shared their sides of the story behind a controversial video. GudoShelley is a Korean YouTuber with around 301,000 subscribers who currently resides in Australia and is popular for her mukbang videos.

On September 30, Kwon Hyuk Soo and GudoShelley held a live broadcast while eating steamed backbones. She took off her top and continued the broadcast in her bra. After she received criticism for her attire and remarks about molka (hidden cameras), she held two apology and clarification broadcasts.

When the controversy didn’t die down, GudoShelley participated in an interview with Kukmin Ilbo on November 3 where she claimed that her bra attire was suggested by Kwon Hyuk Soo. She further alleged that Kwon Hyuk Soo wrote the two apologies she read out loud during her broadcasts.

According to the interview, GudoShelley said she received an offer for a joint broadcast from Kwon Hyuk Soo’s staff and that she asked Kwon Hyuk Soo if she should wear a bra top or a t-shirt before the broadcast.

Kwon Hyuk Soo allegedly told her, “Film while wearing a t-shirt and then take off your shirt saying that it’s hot,” and she did so after he assured that it would be okay.

GudoShelley explained, “I wanted to protect Hyuk Soo. I had faith that he would clarify it first. But even when he was clarifying, he spoke around that part.” When the broadcast came under fire, Kwon Hyuk Soo’s representatives said, “We would like to inform you that we did not suggest the script or plan this beforehand.”

In contrast to this explanation, Kwon Hyuk Soo allegedly told GudoShelley, “It’s okay [that you took your shirt off]. It’s okay if you just say that you didn’t know due to cultural differences.” GudoShelley also stated, “Kwon Hyuk Soo personally called me and said, ‘It’s the end of my celebrity career if I get caught for fabricating [the story]. If it becomes known that I [induced you] to take your top off, I’ll get sued for sexual harassment. There are many people who commit suicide because their work gets cut off.’ He didn’t let me say that he made me remove my clothing. I was threatened.” She added, “I gathered the courage to confess the truth because I felt like I was hiding the truth.” 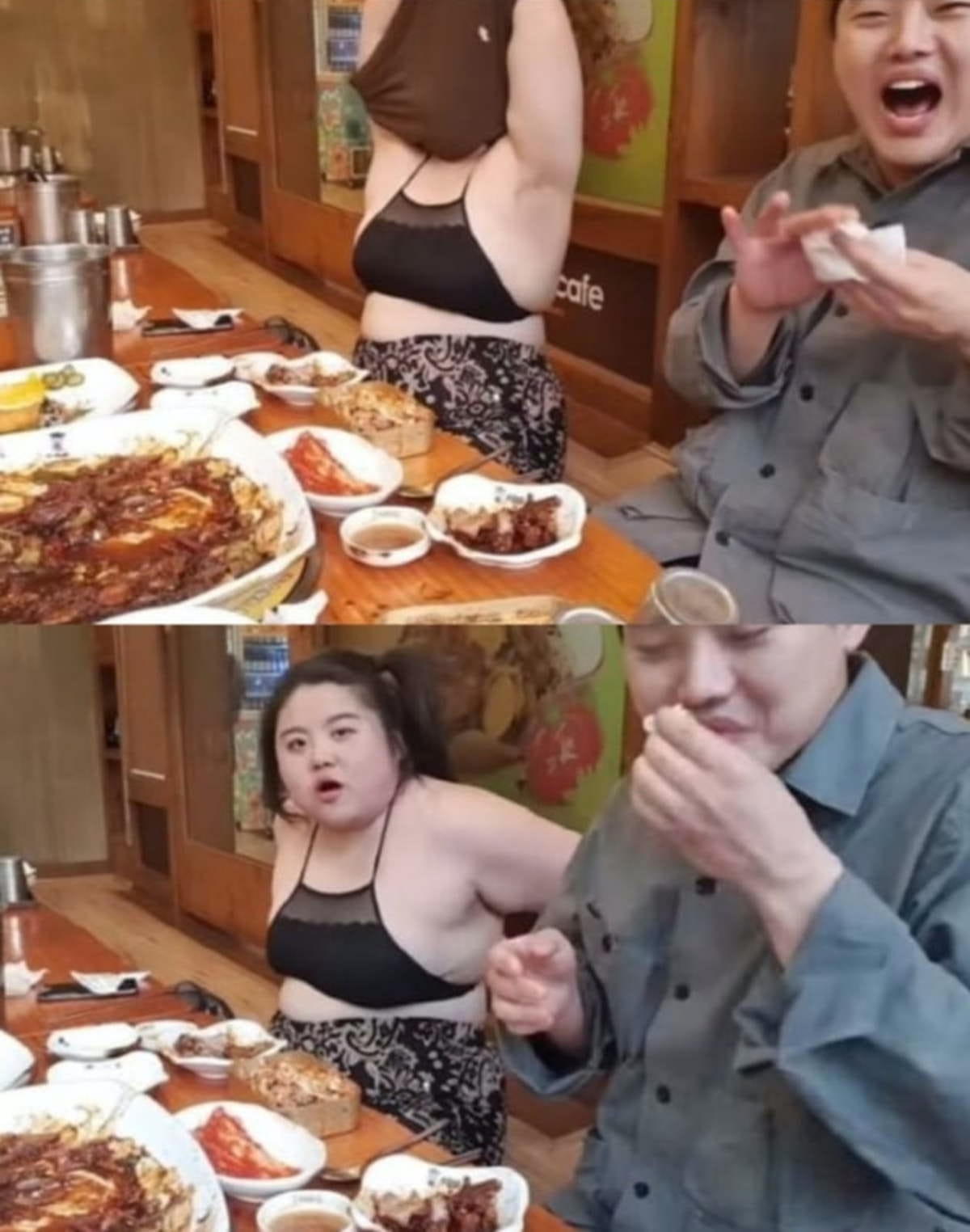 After her interview was published, Kwon Hyuk Soo became the center of this controversy, and his name rose on realtime trending searches on Korean portal sites.

On November 4, Kwon Hyuk Soo held an emergency press conference at a café. After apologizing to reporters for meeting under unpleasant circumstances, he stated that GudoShelley’s assertions were not true. He said, “After filming the live broadcast, GudoShelley said that we should make it seem as if it was a planned situation, but I couldn’t agree to it. It’s an act of fooling subscribers. I think GudoShelley was hurt by this.”

He added, “It’s not true that I made her take her shirt off. I have evidence to back this up. I have recorded content.”

The producing director (PD) behind Kwon Hyuk Soo’s YouTube channel was also present at the press conference and reiterated that the allegations by GudoShelley were untrue. The PD said, “GudoShelley said she heard Kwon Hyuk Soo say to take her shirt off while laughing and eating, but it’s not true. GudoShelley is the one who first suggested removing her top. GudoShelley suggested this first before filming, and Kwon Hyuk Soo couldn’t say anything because he was startled. The manager also said, ‘Isn’t that unnecessary?'”

The PD continued, “But GudoShelley asked, ‘Can you not remove clothes in Korea?’ and we said that you can’t do that in Korea. Kwon Hyuk Soo didn’t say anything at the time. There weren’t any directions from the beginning. After it became a controversy in the chatroom, Kwon Hyuk Soo dropped GudoShelley off at night and talked with her.” Kwon Hyuk Soo added, “At the time, she talked with me for about 15 minutes.”

The PD further explained, “GudoShelley asked if she had made a mistake, and Kwon Hyuk Soo told her there wasn’t anything she did wrong. GudoShelley didn’t think that taking off her clothes was wrong.”

Kwon Hyuk Soo stated, “I told GudoShelley that I’d take down the video if there was something that bothered her. GudoShelley said that I didn’t need to take down the video and said that she guaranteed about 100,000 [views]. GudoShelley said that the [controversy] might die down if it was a planned scenario since I’m a TV personality. But I could not accept that suggestion, so I turned it down. That’s when I started giving her advice on content. I said that content like hiking, eating with parents, and grocery shopping was okay, but that it would be better to not do things she didn’t know.”

He continued, “We could not stand by GudoShelley’s side after her controversy explanation broadcast. I apologize for that. GudoShelley was in a lonely fight. I thought that we might be able to do a different kind of content or a different broadcast if she could forgive me, so I didn’t let go of that connection. About the part where she tried to clarify [the situation] without speaking with me, she claimed, ‘I did this because Hyuk Soo told me to. There was a script.’ I was filming a broadcast at the time and heard about it through my manager, and we talked about correcting that. The notice released at the time was written by my manager on an online community, and it wasn’t written by me. When it was posted on the online community, GudoShelley turned off her broadcast.”

Kwon Hyuk Soo said, “The first reason why I wanted to help GudoShelley was because she posted four ads in her apology clip. I wanted to advise her to make an apology with sincerity. So I asked the editor for a favor.”

About GudoShelley’s bra top attire, Kwon Hyuk Soo explained, “It’s true that the manager instructed it. But, it was for the broadcast of [xtvN’s] ‘The Ultimate Watch List’ and not for the live broadcast. The [conversation about] this is in the recorded audio and KakaoTalk conversation. I can reveal this.”

When asked if he predicted that she’d be taking off her top and wearing a bra top, Kwon Hyuk Soo replied, “I didn’t know at all. I didn’t see it coming.” As for allegations that he threatened her by mentioning suicide, he said, “There was a process where I explained lying, but I did not mention [suicide].” He added, “I want to receive a sincere apology [from GudoShelley]. I hope she’ll correct the false information. I want to meet her and receive a personal apology. I want it be resolved well and want to see GudoShelley again. That’s what I want right now.”

As for taking legal action, Kwon Hyuk Soo stated, “I want the facts to be clearly revealed. I don’t want anything outside of that. However, I’ll gladly accept legal punishment if I happen to reveal audio recordings.”

Kwon Hyuk Soo plans to reveal all of the audio recordings and KakaoTalk conversations between him and GudoShelley.

Kwon Hyuk Soo
GudoShelley
How does this article make you feel?