On the November 6 broadcast, the actor appeared as a guest and joined the cast in the search of a family to dine with.

Choi Jin Hyuk and Kang Ho Dong teamed up and succeeded at joining a family for dinner at a pottery studio. The actor said, “It’s been about seven to eight years since I’ve eaten at someone else’s home. Out of all of my mom’s cooking, I think about kimchi stew the most.”

Kang Ho Dong asked Choi Jin Hyuk what he thinks about dating in the workplace. Choi Jin Hyuk answered, “My mind is really open. I really want to date a girlfriend, but I don’t have many opportunities to do so. I have the tendency to only meet with people I see every day. I’m also careful since I’m a celebrity.” 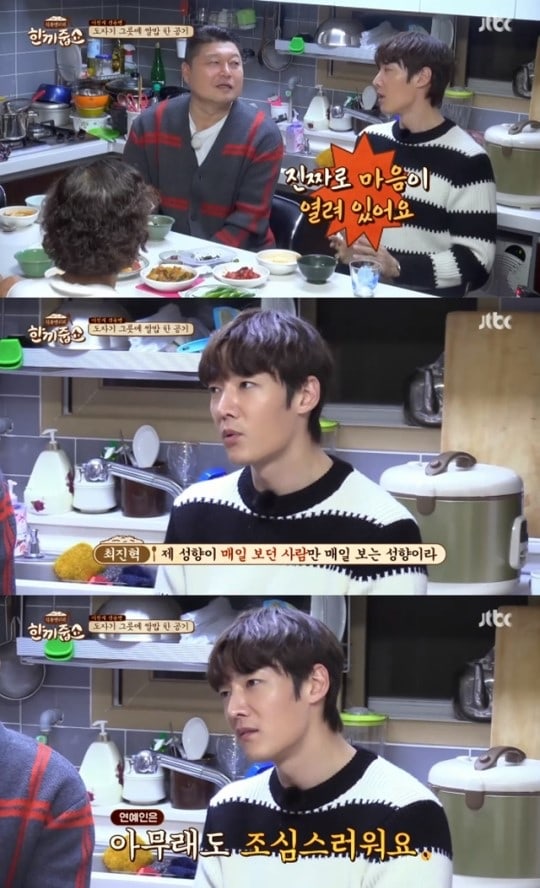 During the meal, the actor revealed his dislike for fish. When Kang Ho Dong asked, “What will you do if a woman suggests you only eat fish for the rest of your life?” The actor made everyone laugh, saying, “I can’t accept that. I’ll have to give up one or the other.” 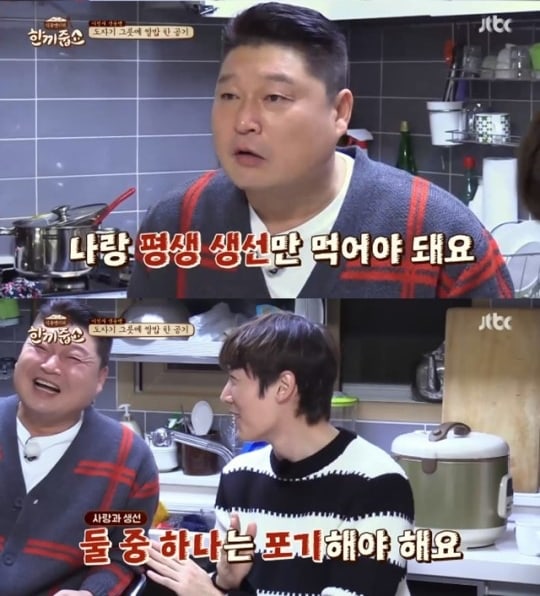 Choi Jin Hyuk
Let's Eat Dinner Together
How does this article make you feel?