HyunA and Lee Guk Joo will be joining forces for an exciting dance battle on “Running Man”!

On the upcoming November 10 episode of the SBS variety show, HyunA and Lee Guk Joo will appear as guests alongside Kang Han Na and EVERGLOW’s Sihyeon.

Lee Guk Joo, who is famous for her many idol dance cover videos, has not only drawn attention for her passionate dance covers of HyunA’s “Red” and “Babe,” but she has even filmed ads and commercials parodying the singer’s iconic music video for “Red.”

Upon seeing Lee Guk Joo at the filming set, HyunA happily greets the comedienne and humbly remarks, “I was so shocked when I saw that she danced my song better than I could in her dance cover.” She jokingly adds, “Guk Joo unnie filmed a commercial that I wasn’t even offered [dancing to] ‘Red.'”

The two stars proceed to dance together in a special collaboration performance—but HyunA soon shocks the “Running Man” cast by appearing to forget some of her own choreography and watching Lee Guk Joo’s dancing to try and jog her memory.

After seeing the singer attempt to follow Lee Guk Joo’s moves, the cast members exclaim, “What happened?” HyunA cracks everyone up by explaining, “Aside from when I perform at events, I don’t often dance to this choreography,” and fellow singers Kim Jong Kook and HaHa immediately sympathize. 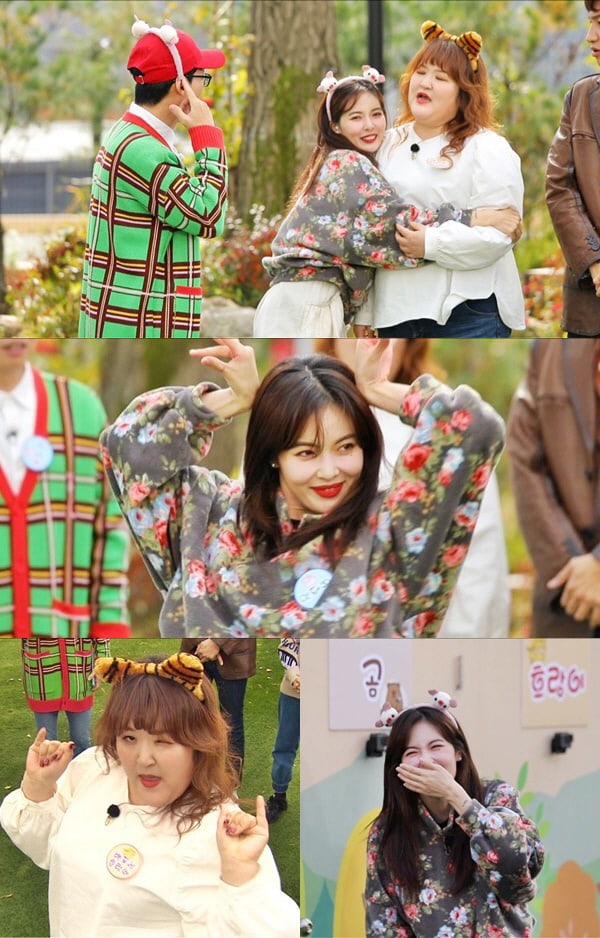 To see HyunA and Lee Guk Joo dancing together, tune in to the next episode of “Running Man” on November 10 at 5 p.m. KST!

In the meantime, catch up on last week’s episode of the show with English subtitles below:

Lee Guk Joo
HyunA
Running Man
How does this article make you feel?