On the November 18 episode of “Please Take Care of My Refrigerator,” Chun Jung Myung talked about filming romantic scenes!

When asked who he had the best chemistry with, Chun Jung Myung replied, “I was discharged from the army at the end of 2009. There was a drama I filmed in 2010, ‘Cinderella’s Stepsister,’ with Moon Geun Young. She’s a really deep thinker and is very considerate. She made me feel warm, so she left a big impression on me.”

The hosts also talked about how he’s known as a “kiss scene master” and asked if he feels his heart flutter while filming the kiss scenes.

“I think I do, to be honest,” he said. “It’s impossible to not feel emotion.”

Chef Raymon Kim then made a face that made the other chefs laugh, and after some initial confusion the hosts and Chun Jung Myung realized he was reacting because his wife Kim Ji Woo is an actress. 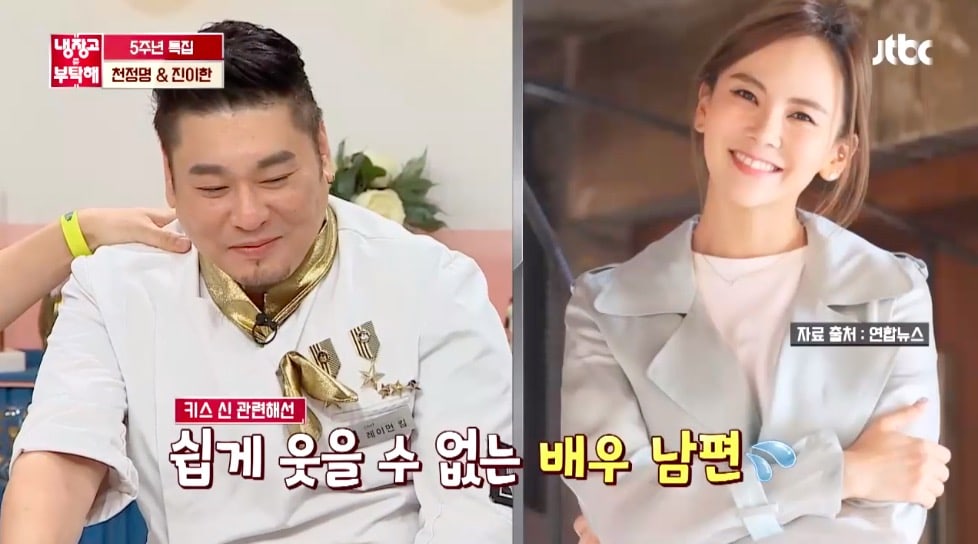 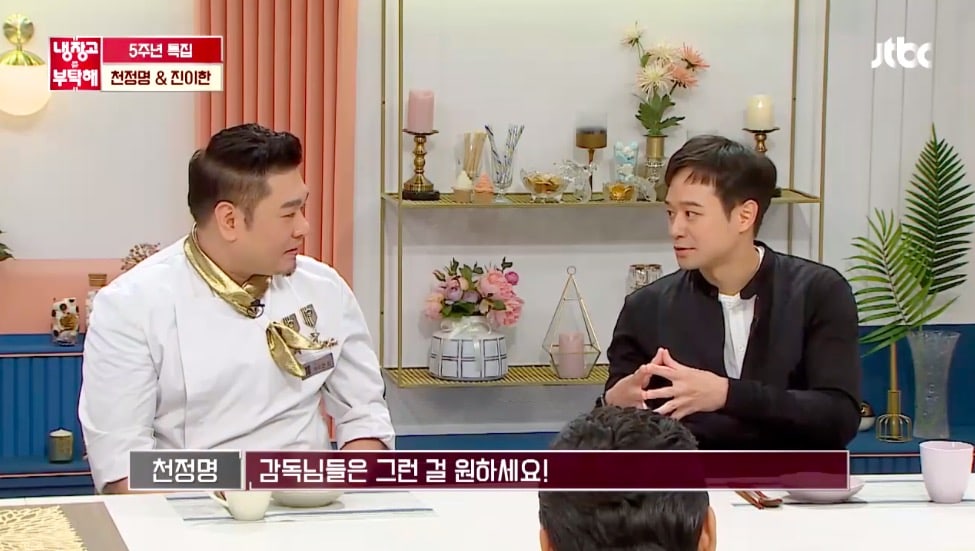 Raymon Kim turned to Chun Jung Myung and asked if he really feels emotion. Chun Jung Myung replied, “The directors want that. They want the love to be real. They’re always giving us the direction to act in front of the camera with real feelings. So even if you’re faking it and you think of it as acting, you focus and say to yourself, ‘I like this person, I like this person.'”

Please Take Care of My Refrigerator
Chun Jung Myung
Moon Geun Young
How does this article make you feel?