On the December 22 episode of the SBS reality show, Yoo Se Yoon showed Min Ha’s diary to Kim Jong Kook. The comedian revealed, “The No. 1 thing [Min Ha] wants to do when he meets Uncle Kim Jong Kook is to watch him undergo a test of courage. No. 2 is going to a water park together, and No. 3 is seeing your muscles. Can you do that for him?” 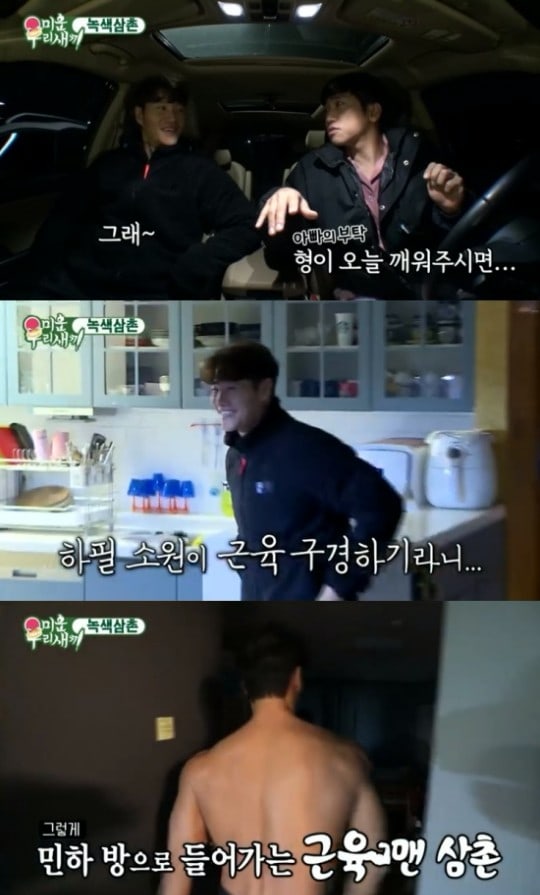 Explaining that he has to wake Min Ha up at 6 a.m. for school, Yoo Se Yoon asked Kim Jong Kook to wake him up with his shirt off so that he could see his muscles. Kim Jong Kook eventually agreed, and Min Ha got up as soon as he saw Kim Jong Kook in his room.

Kim Jong Kook said, “I heard you said you wanted to see my muscles. How are Uncle’s muscles?” Min Ha, who was in awe of the singer’s muscles, touched his arm in fascination. 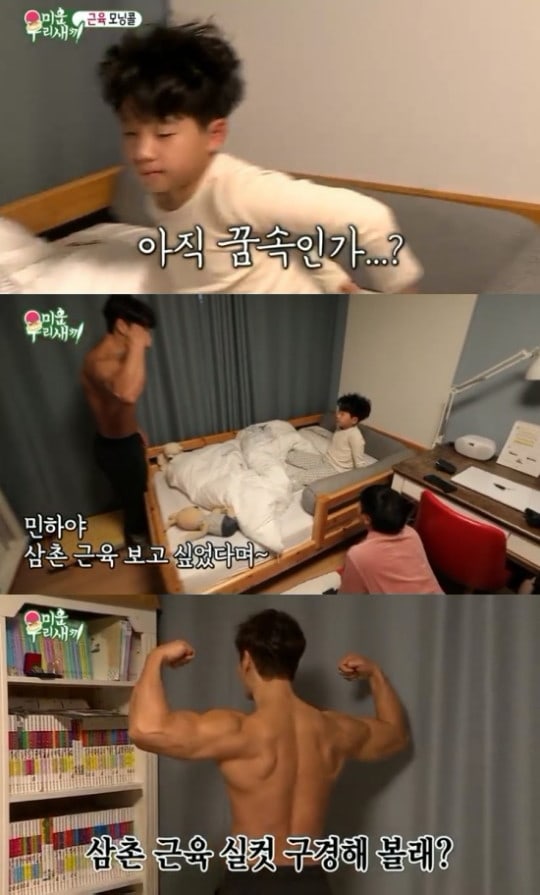 Yoo Se Yoon then handed the singer a Hulk costume before they headed outside to become traffic regulators. They also visited the Taekwondo studio that Min Ha attends to show off their skills, and Yoo Se Yoon introduced himself by saying, “I’m a skilled athlete who got up to a brown belt.” He then underwent a test of courage by kicking Kim Jong Kook in the butt. 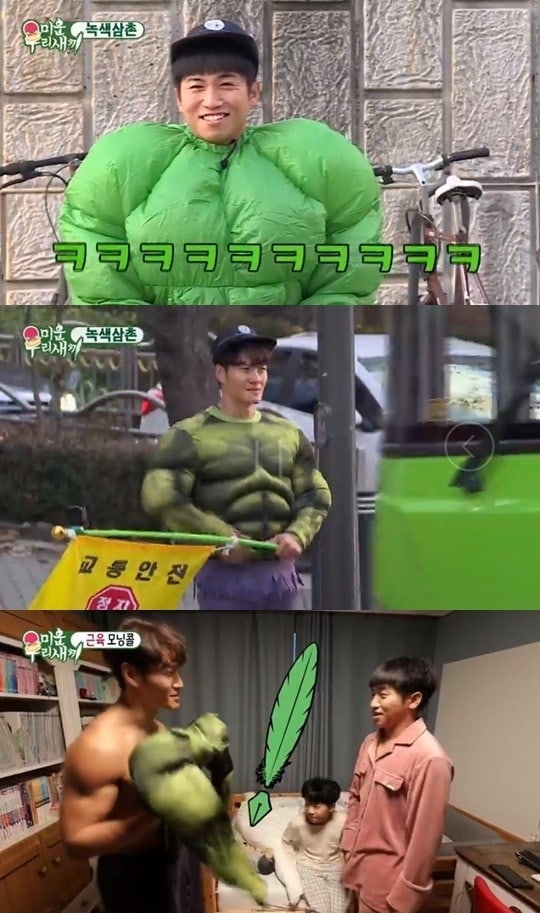 The full episode of “My Ugly Duckling” will soon be available with English subtitles on Viki.

In the meantime, you can watch last week’s episode of the show below!

Kim Jong Kook
Yoo Se Yoon
My Ugly Duckling
How does this article make you feel?