Super Junior’s Kyuhyun and EXO’s Suho, who are both starring in the new musical “The Man Who Laughs” as the titular character Gwynplaine, talked about working with each other on the recent broadcast of MBC’s “Section TV.”

“Section TV” went behind-the-scenes at rehearsals for the musical and briefly spoke to the two idol-musical actors.

When the interviewer sang a song from the musical and asked Kyuhyun to give him a score, Kyuhyun jokingly said, “I’ll give you 9 points. Out of 100.” Kyuhyun eventually said, “I say 7 out of 10.”

Describing the musical, Suho explained that it’s based off of the novel by Victor Hugo about a man who’s mouth is ripped and looks like he’s always smiling. Kyuhyun added, “The man named Gwynplaine faces a new truth, and through that, tries to change the world. It’s a very meaningful project.” 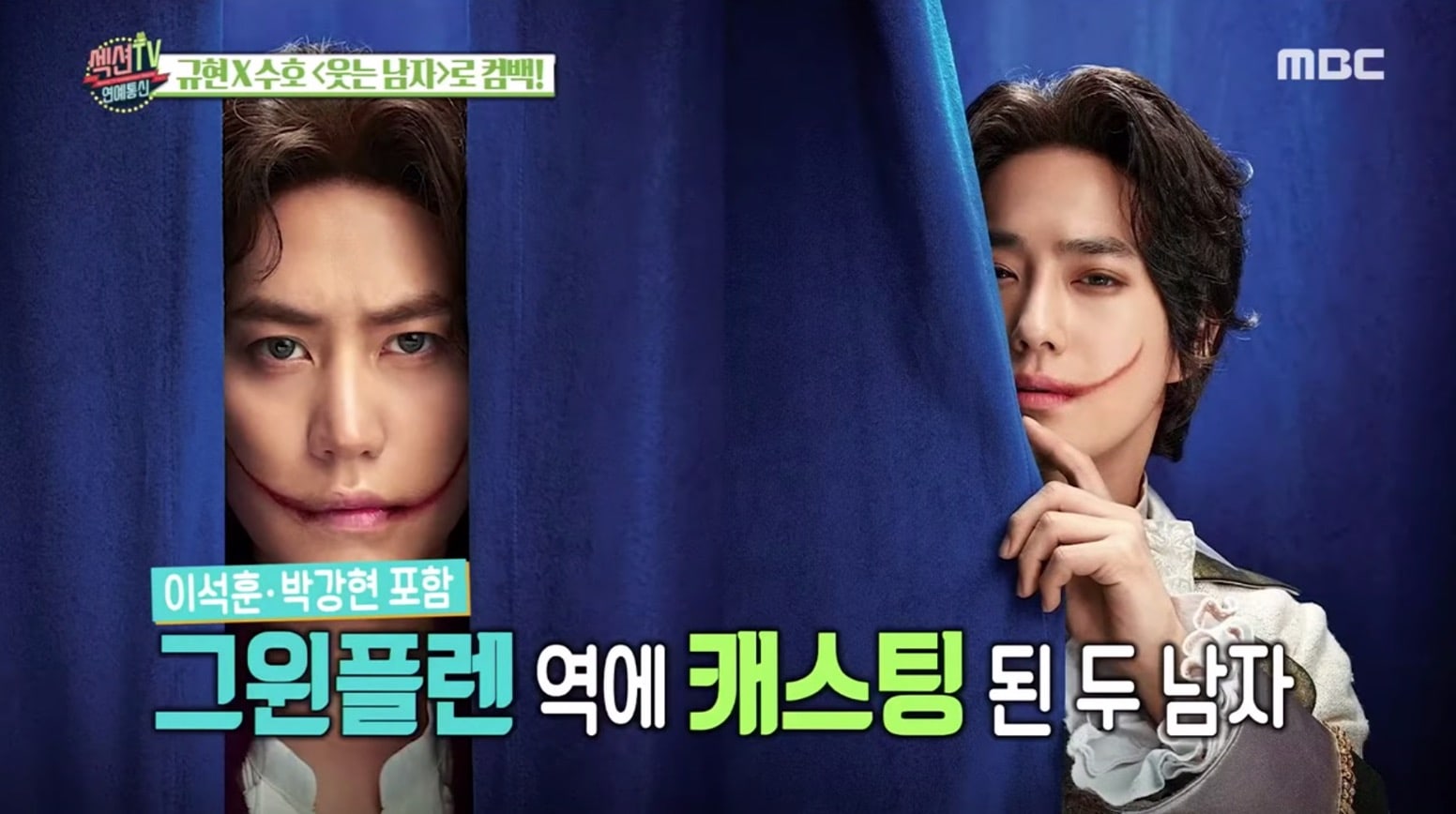 Suho said when he saw that he and Kyuhyun were both cast for the musical, he thought, “This is going to be fun. I’ll see Kyuhyun during rehearsals.” He said, “I was really looking forward to it.”

Kyuhyun said, “Since I took time off to complete my military service, it’s been about three and a half years since I’ve been in a musical. I was worried if I’d be able to pull it off, but…” Kyuhyun trailed off and wordlessly put his hand on Suho’s leg as Suho leaned over onto Kyuhyun’s shoulder.

He added, “This is limited to Suho, but whenever I see him, he’s just so lovable. No matter what he does, he’s so great and lovable. I just have hearts in my eyes when I see him.”