SECHSKIES Tells Stories About Their Heated Rivalry With H.O.T.

SECHSKIES walked down memory lane and talk about their competition with H.O.T.

On the January 30 episode of “Happy Together,” SECHSKIES appeared as guests to promote their latest mini album “ALL FOR YOU.”

About their past rivalry with H.O.T., Lee Jae Jin said, “There actually wasn’t any competition between us. I think it was between the staff members. Our manager would happily tell us, ‘We got a bigger dressing room,’ or the stylist would go see H.O.T.’s stage outfits and say, ‘Our outfits are better. We won.'”

Chun Myung Hoon, who promoted as a member of first-generation boy group NRG, added, “NRG had ups and downs regarding the size of the dressing room. If we appeared with H.O.T. or SECHSKIES, we used a small or shared dressing room.”

Yoo Jae Suk was curious if any members who went too far due to this competitive spirit. Eun Ji Won pit fellow member Lee Jae Jin and Kim Jae Duk against H.O.T.’s main dancer Jang Woo Hyuk. He said, “They’d go overboard if they were conscious of him” and specifically named Kim Jae Duk. 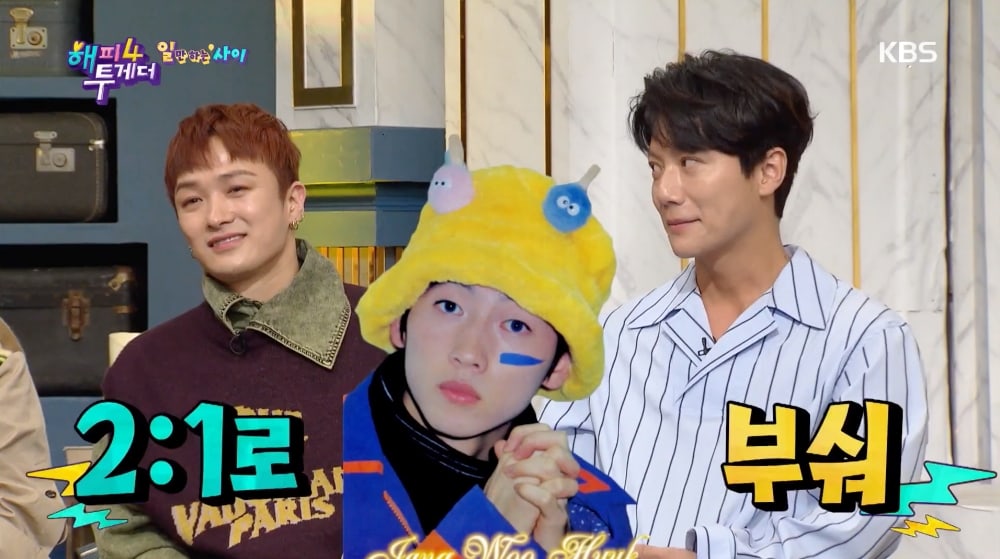 “If you look at the stage, there are special effects,” explained Eun Ji Won. “You can’t go toward it or else you’ll die. But he’d go toward it. He went up toward the front of the stage and fire shot up. So there was a time where his whole body caught on fire.” The SECHSKIES leader went on to say that this wasn’t a continuous fire, but rather one where it shot a flame then turned off. 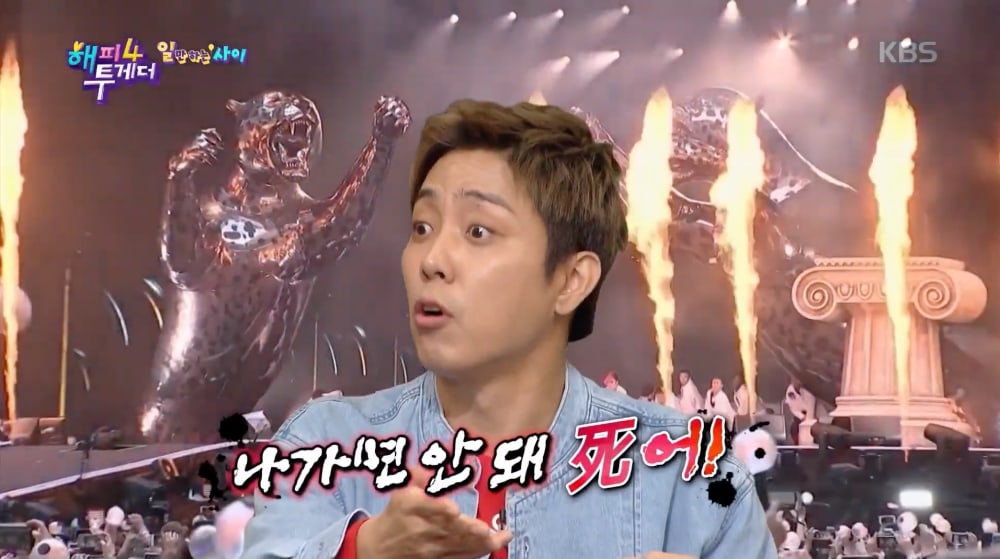 Telling his side of the story, Kim Jae Duk said, “Some of my hair and eyelashes burned off. My clothes too and my skin as well. It was about a second-degree burn.” 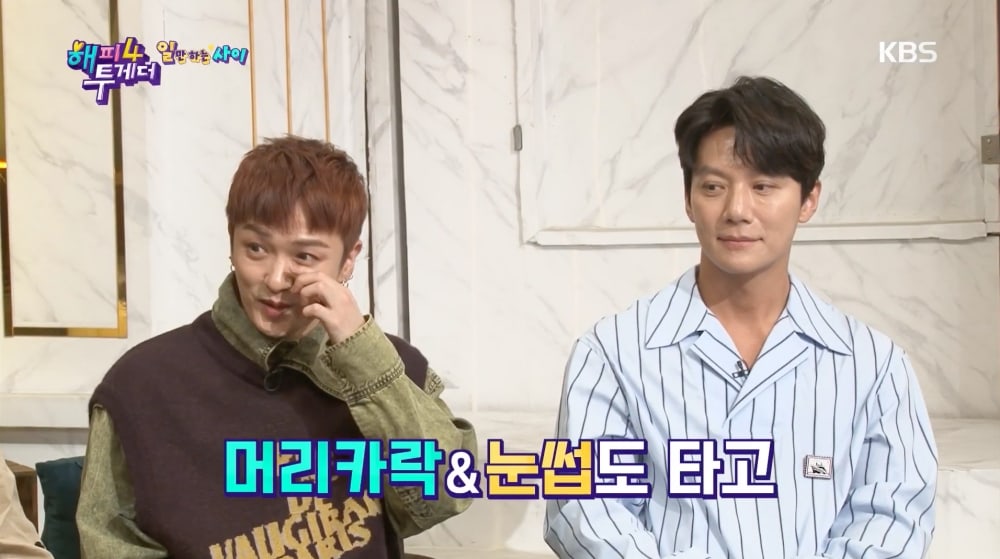 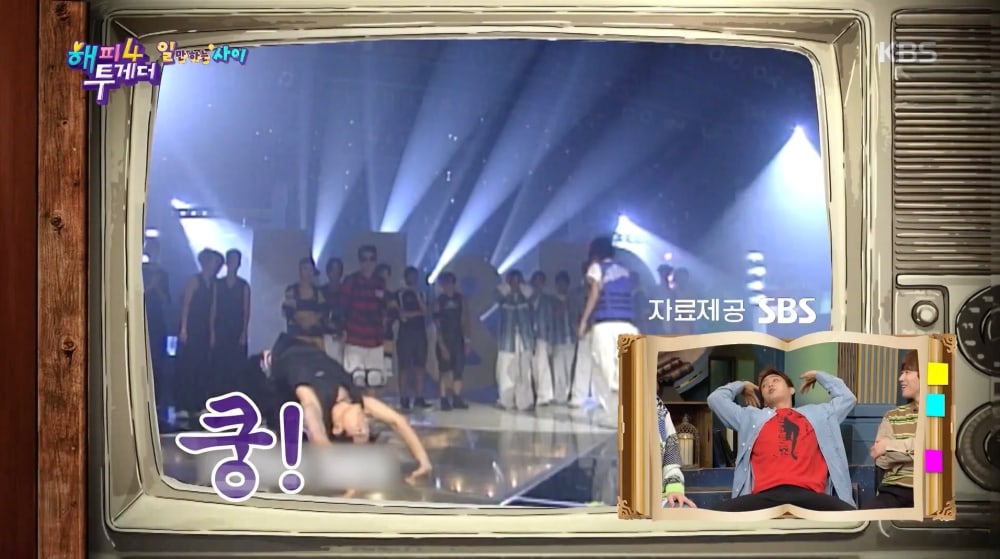 Yoo Jae Suk asked about the results of this epic dance battle, and Kim Jae Duk replied, “I think we won.” Eun Ji Won made everyone laugh when he interjected, “I wish we could stop talking about things like this. H.O.T. doesn’t talk about this at all. We’re so pathetic!” 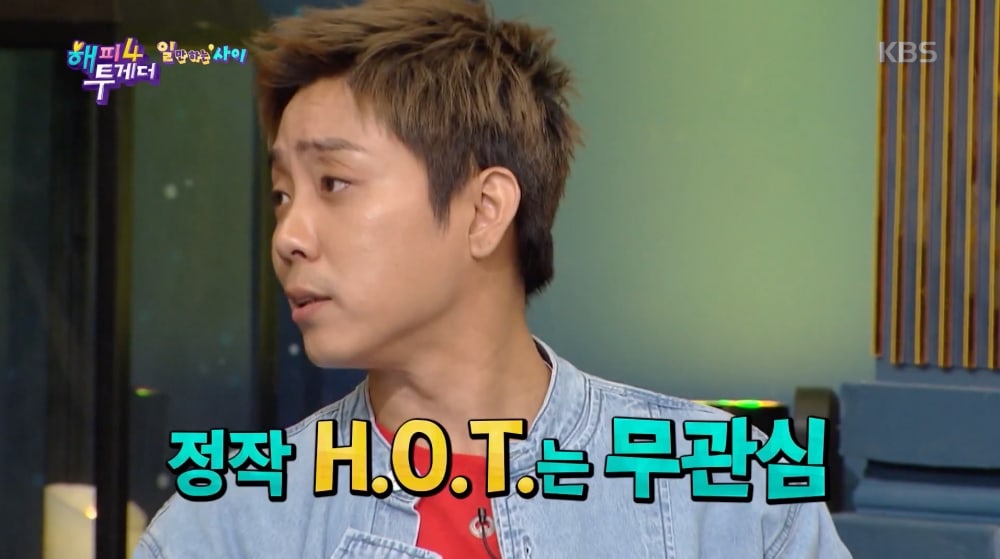 Watch a full episode of “Happy Together” now!

Happy Together
SECHSKIES
H.O.T.
How does this article make you feel?