KBS’s Wednesday-Thursday drama “Forest” has released stills of Jo Bo Ah in a flashback to her character’s high school days.

In the new stills, Jung Young Jae is pictured as a bright and vivacious high school student playing volleyball and goofing off with her friends. She is amusingly described as “being good at everything except studying. (In a previous episode, Jung Young Jae had confessed to Kang San Hyuk that she had not been good at studying when she was younger.)

One of her friends from that time is Oh Bo Mi (Jung Yeon Joo), whom Jung Young Jae recently met again as an adult. The warm vibe in the flashback stills are prompting viewers’ curiosity about what happened to make the two friends turn against each other in the present. 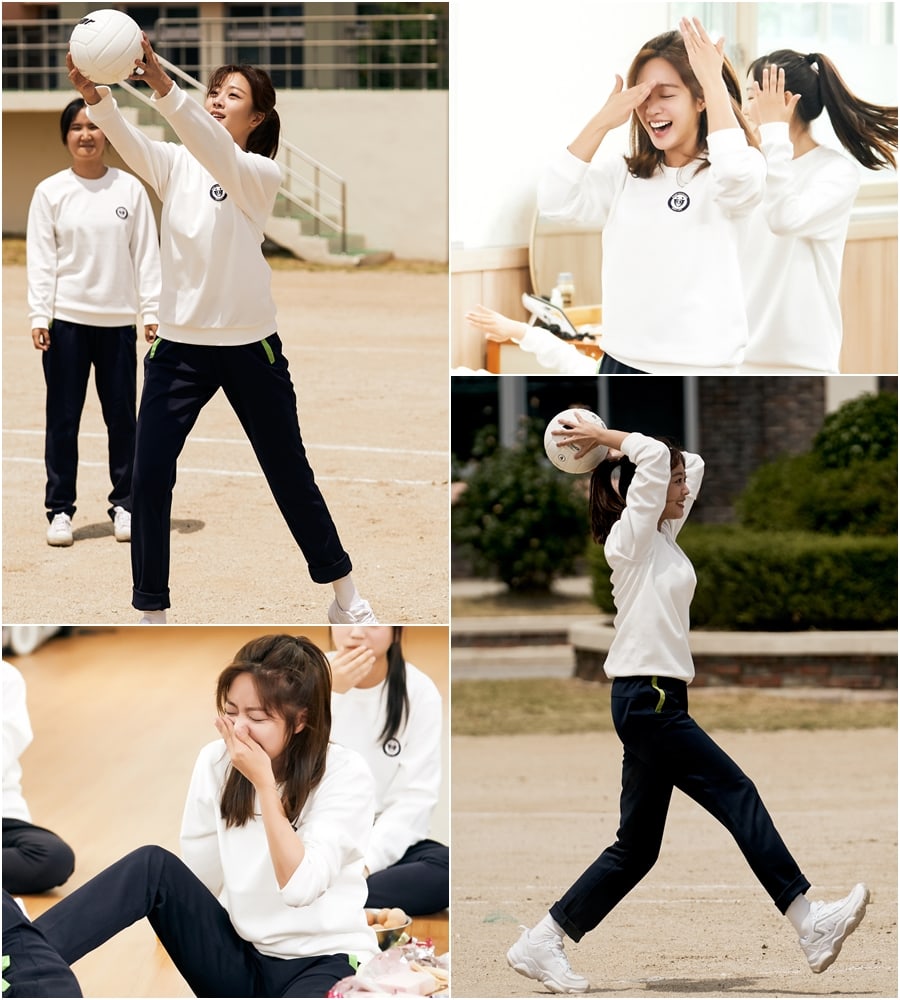 The flashback scenes were filmed at a high school in Gangneung, Gangwon Province. The staff members were full of praise for Jo Bo Ah’s youthful attitude when she appeared on set with a ponytail and gym clothes. The actress also made everyone on set laugh when she showed her volleyball and dancing skills during rehearsal.

The production staff stated, “Jo Bo Ah’s perfect synchronization with her character brings the atmosphere on set up every time. Through this scene, you will be able to see where Jung Young Jae and Oh Bo Mi got their extreme nicknames, as well as other secret stories. Please tune in.”