The current global situation is definitely not something to take lightly. So if you’re in a lockdown or self-isolating, there are going to be times when you feel solitude creeping in. To ease that solitude, here’s a list of dramas to watch when you’re feeling lonely! You’ll be feeling warm and fuzzy in no time! 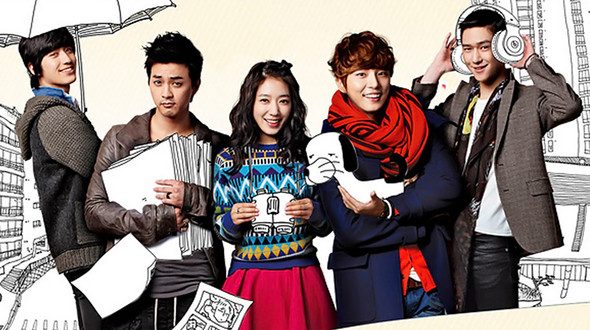 “Flower Boy Next Door” is just one of those dramas where you can’t help but love every character. With a stellar cast, it stars Park Shin Hye as Ko Do Mi, an introverted single woman who lives alone. She doesn’t like to go out too much, but has a secret crush on her neighbor in the apartment across the courtyard. One day, she ends up meeting Enrique Geum (Yoon Shi Yoon), a video game designer, and everything changes in Ko Do Mi’s reclusive world.

Enrique is one of the cutest male leads! He just has that adorable, cheeky charm that will have you grinning from ear to ear. You’ll forget all about feeling lonely and just want to keep watching his sugary sweet shenanigans.

It’s also super relatable. A lot of K-dramas focus on the lives of flashy teens, who go to fancy schools and drive expensive cars. Well, “Flower Boy Next Door” flips that on its head. The people with less than are the focus of the show. As you can see in the shot below, it’s hilarious and on point!

With the story taking place in the winter, you’ll definitely enjoy being wrapped up indoors and not out on the cold beach! The friendships that also form in the show really radiate love and compassion. You won’t feel like you’re missing out on the usual chit chat with your friends after this show!

If you want to watch a feel-good, slice-of-life drama, definitely give this one a go! 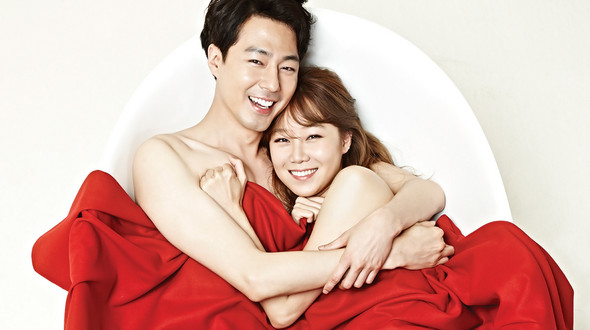 Jo In Sung and Gong Hyo Jin lead this drama, but that isn’t to say that the other characters’ stories are any less important. “It’s Okay, That’s Love” focuses on Jang Jae Yeol (Jo In Sung), an author with a painful past, and Ji Hae Soo, a first year fellow in the psychiatric department of a hospital. Their relationship blooms, all while dealing with mental health struggles themselves.

This show really touches your heart and soul. So many different topics are dealt with, including mental health and Tourette Syndrome. They are all discussed openly and freely, leaving you wishing more dramas were like this!

Why not let the words of Jang Jae Yeol comfort you, and maybe bring you back from the edge of loneliness. 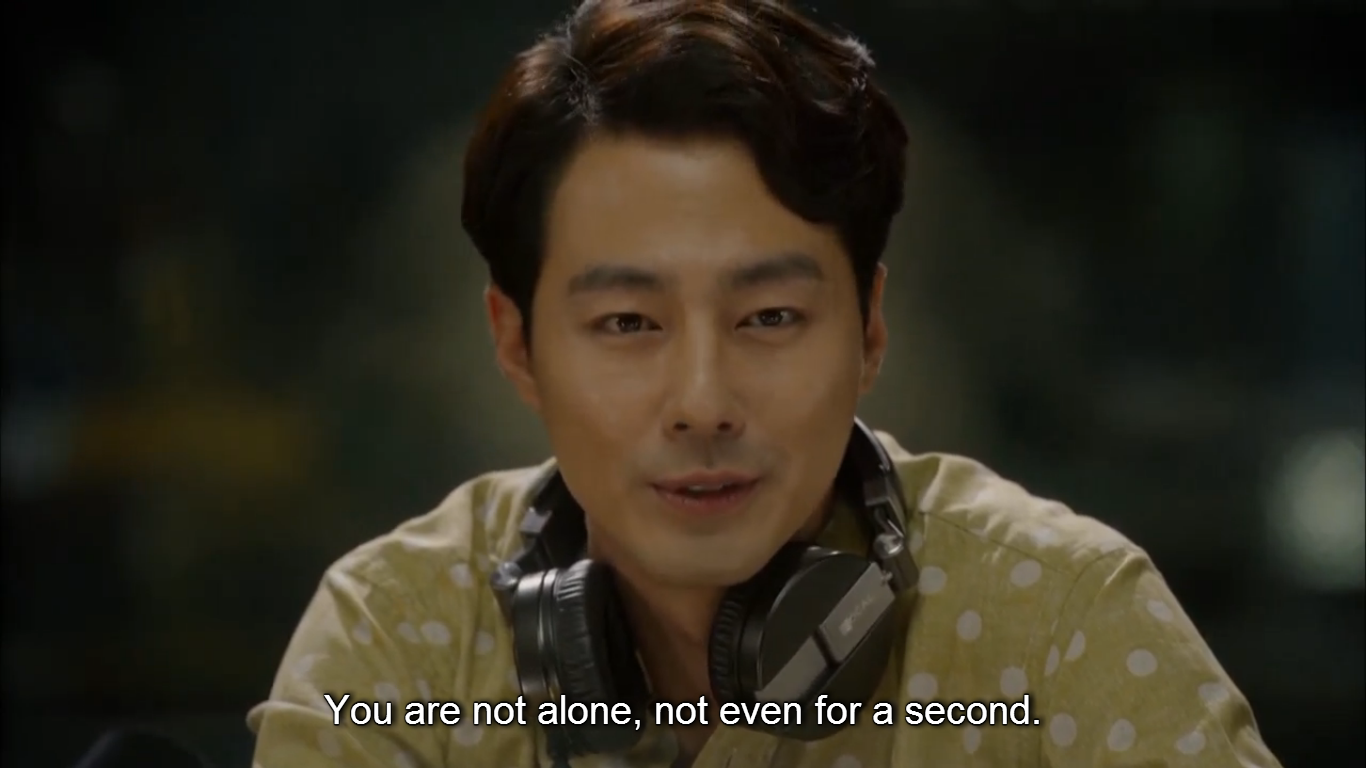 Although it deals with some heavy topics, there are so many funny moments that lift this drama up.

An added bonus is EXO’s D.O.! His acting skills are so real and raw, you’ll forget that it’s the cutie D.O from EXO you know and love. 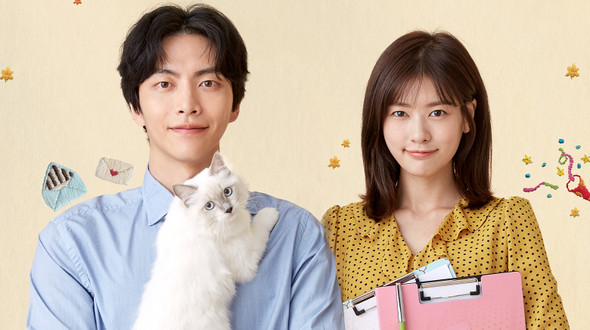 You’ve got to love the age old tale of two people forced to co-exist who end up falling in love! “Because This Is My First Life” demonstrates the unexpected relationship between Nam Sae Hee (Lee Min Ki) and Yoon Ji Ho (Jung So Min). They are both in their early 30s and not exactly swimming in money. Ji Ho ends up becoming a renter in Sae Hee’s house, and the two have to live together and share the struggles of financial burden.

Again, it’s so, so, so relatable and funny, that you will forget about missing your friends. You’ll have just as much as a laugh watching the hilarious conversations, like the one below!

If you want easy watching, humor, and a chemistry-filled cast, make sure you add this to your watch list! 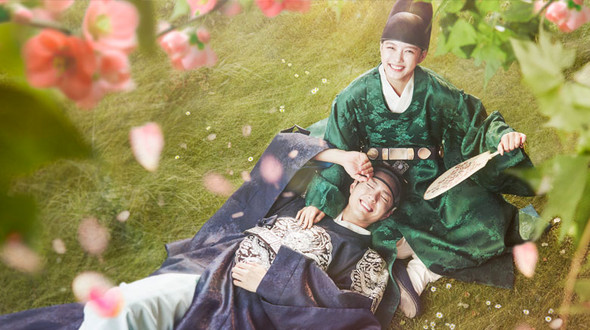 No drama watch list would be complete without a historical one now would it? “Love in the Moonlight” is the love story between Prince Lee Yeong (Park Bo Gum) and a eunuch, Hong Ra On (Kim Yoo Jung). But, there’s one big plot twist… Hong Ra On is actually not a boy at all! It’s another classic drama trope, but boy do we love it.

Period dramas have that power to whisk you off to another time altogether. You’ll be so far in the past, you won’t even feel the slightest bit solitary anymore!

Even though it is a historical drama, don’t think it’s not funny. Check out the hilarious scene below!

If you want to be flown away into another, simpler time, then make sure to watch “Love in the Moonlight”! 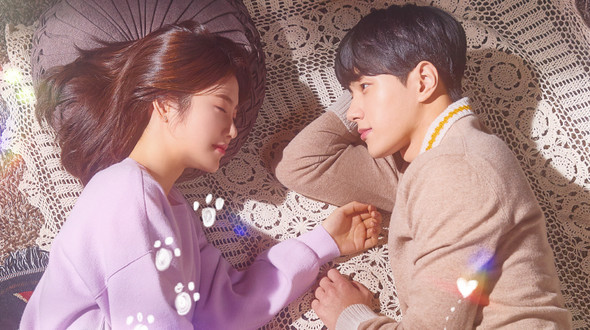 This drama is definitely a new, fresh concept. Starring Shin Ye Eun as Sol Ah, and Kim Myung Soo as Hong Zo, you can forget about all your worries and focus on a cute cat! A cute cat that has the power to transform into a human, that is.

It’s refreshing to watch something so different. So when you’re feeling alone, pop this show on and fall deep into this charming, weird, and wonderful story! 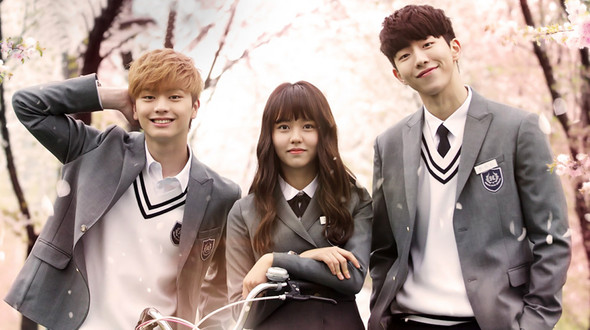 Set at a prestigious school, popular student Eun Byeol (Kim So Hyun) has a secret twin Lee Eun Bi, who is less fortunate. But after a turn of events, they end up living the other’s life! The male leads, Nam Joo Hyuk and Yook Sungjae, are just the kind of male leads you want in a drama.

Yook Sungjae is the sweetest, and the funniest too. If you’re past your school years now, or currently studying, this show will make you reminisce about those days, no matter how long ago they were. Why not video call some of your school friends and watch it together virtually?

“EXO Next Door” isn’t your usual drama. It was a web-series starring, you guessed it, EXO! Shy, 23-year-old Ji Yeon Hee (Moon Ga Young) ends up living every fan girl’s dream when EXO moves next door to her! The story evolves, she ends up becoming their cleaner, and childhood crushes resurface…

If you are in need of some fangirling and daydreaming to curb the loneliness, then this show is for you!

Hilarious antics happen throughout and will have you belly laughing your blues away.

The unexpected friendship between Sehun and Yeon Hee’s brother Kwangsoo (Jang Yoo Sang) steals the show for sure!

Yeon Hee demonstrates just about every emotion you would go through if four idols moved in as your new neighbors!

You never know what could happen in the future, so keep on daydreaming and wishing you end up living your own fantasy! It’s one fun way to keep loneliness at bay! 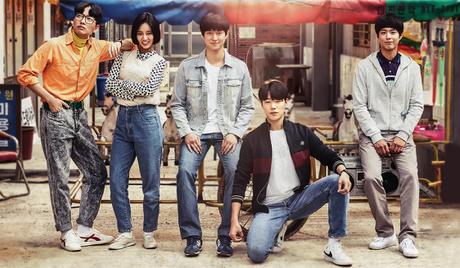 This drama speaks for itself. You need to watch it! And if you’ve already seen it, watch it again! 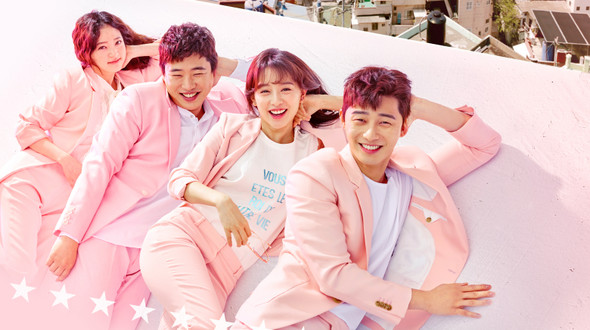 If you want an inspiring drama to watch, then look no further! Ko Dong Man (Park Seo Jun) and his longtime friend Choi Ae Ra (Kim Ji Won) both dream for something more than their mundane day jobs. Their friends, Kim Joo Man (Ahn Jae Hong) and Baek Seol Hee (Song Ha Yoon), face difficult times after dating for six years. This down-to-earth show is so easy to understand and relate to. We all have dreams right?

Knowing that you’re not alone in wanting more, even if it’s just to be able to go outside and see your friends in person, will drive away the isolation!

Hopefully, these cute dramas will make you feel a little less lonely!

Which drama are you going to start watching? Let us know in the comments!

Soompi Spotlight
It's Okay That's Love
Reply 1988
EXO Next Door
Who Are You: School 2015
Love in the Moonlight
Flower Boy Next Door
Meow the Secret Boy
Fight My Way
Because This Is My First Life
How does this article make you feel?