“Rugal” is a sci-fi action thriller about a special organization named Rugal that uses biotechnological enhancements to fight against a major terrorist organization named Argos. Choi Jin Hyuk stars as Kang Ki Bum, a police detective who loses his wife and both his eyes to Argos and receives bionic eyes from Rugal in order to pursue his revenge. Park Sung Woong co-stars as Hwang Deuk Goo, the greatest villain in Argos.

When asked about the meaning of “Rugal,” director Kang Chul Woo said, “It comes from the Chinese characters for ‘tears’ and ‘dry.’ The main character, played by Choi Jin Hyuk, loses both his eyes and receives new bionic eyes. ‘Rugal’ represents how his emotions dry up and he becomes a monster in order to pursue his revenge.”

The drama is based on a webtoon and the director said, “We stuck to the two major themes of the story: one man’s revenge and the use of bionic eyes. Because the genre is sci-fi, we worked hard to tell a story that felt real and not fake. To be honest, this is a new genre for Korean dramas. The cinematography, sound effects, and CGI will be different from what you’ve seen before. 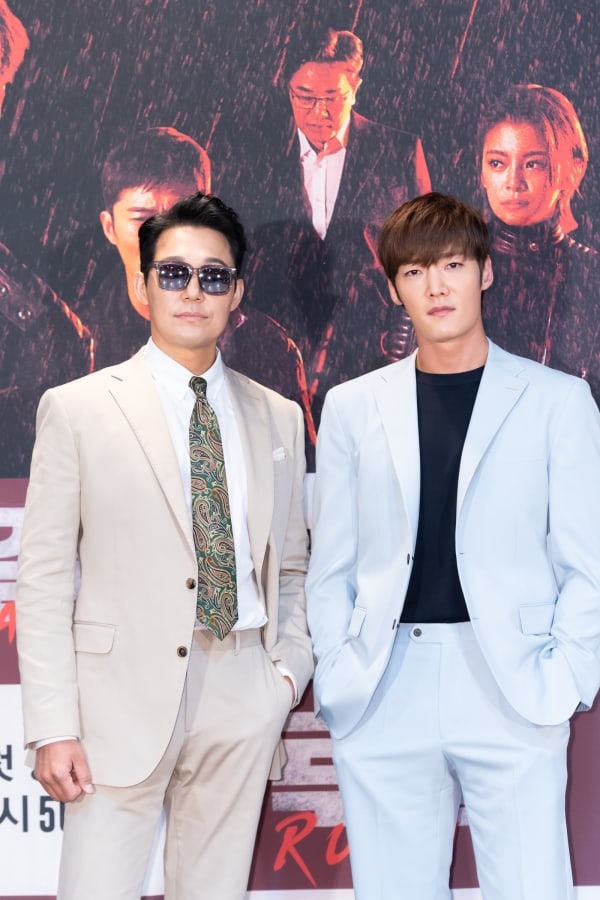 Choi Jin Hyuk said, “I think many men will enjoy this drama because it has a lot of action scenes. The characters in the drama are reborn as human weapons through biotechnology after enduring emotional pain. It’s a black comedy that shows their growth and pain. I hope that many people can find something to like in it. You can also see it as a new challenge in a new genre.”

Park Sung Woong said, “I’ve come back to playing villains. I debated how to come off strong and play him differently from regular villains. I found that it’s fine as long as you’re not in your right mind. Normally I prepare about 70-80 percent and go with the flow when I’m on set, but I gave 120 percent every day on ‘Rugal.'”

Jung Hye In, who plays Rugal soldier Song Mi Na, said, “It would be a lie to say I didn’t feel any pressure about taking on the role. I was really nervous during the first shoot because I wanted to do well. The director and my seniors gave me a lot of advice on set. When I monitored my scenes, I could see my body was stiff and tight because of my nervousness. The seniors told me to abandon the need to do well and just immerse myself in the situation. That helped me a lot.”

Park Sun Ho said, “Because my character has an enhanced body, I think of the body I created through exercise as my tool.” Park Sung Woong added, “The male actors take off their clothes a lot, so we exercised a lot. I didn’t drink for 60 days and went to the gym and boxed. Choi Jin Hyuk and Jo Dong Hyuk also exercised a lot.” He added jokingly, “Park Sun Ho is the slimmest, but he says his body is his tool.”

Park Sun Ho said, “Because this is a new genre for Korean dramas, I would like it if we got the highest ratings for an OCN drama.” Choi Jin Hyuk said, “I think ratings are a matter of luck. Since this drama stars actors from ‘Life on Mars,’ ‘Tunnel,’ and ‘Bad Guys,’ I think it would be nice if we could get around nine percent. If we hit nine percent, I’m thinking we can do a second season.” 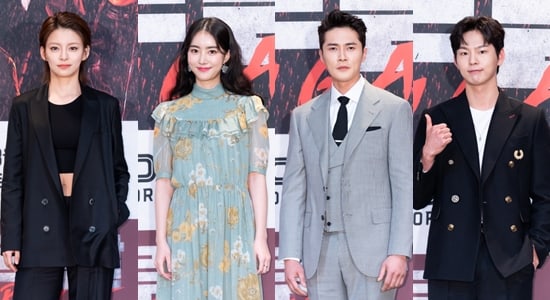