In the newest stills, Jung Geum Ja and Yoon Hee Jae are at her office after leaving Song & Kim. They are drinking beer in light spirits, and the tension between them seems to have loosened up. They gaze at each other with newfound trust, and viewers are excited for the fresh battle they will start at a new place. 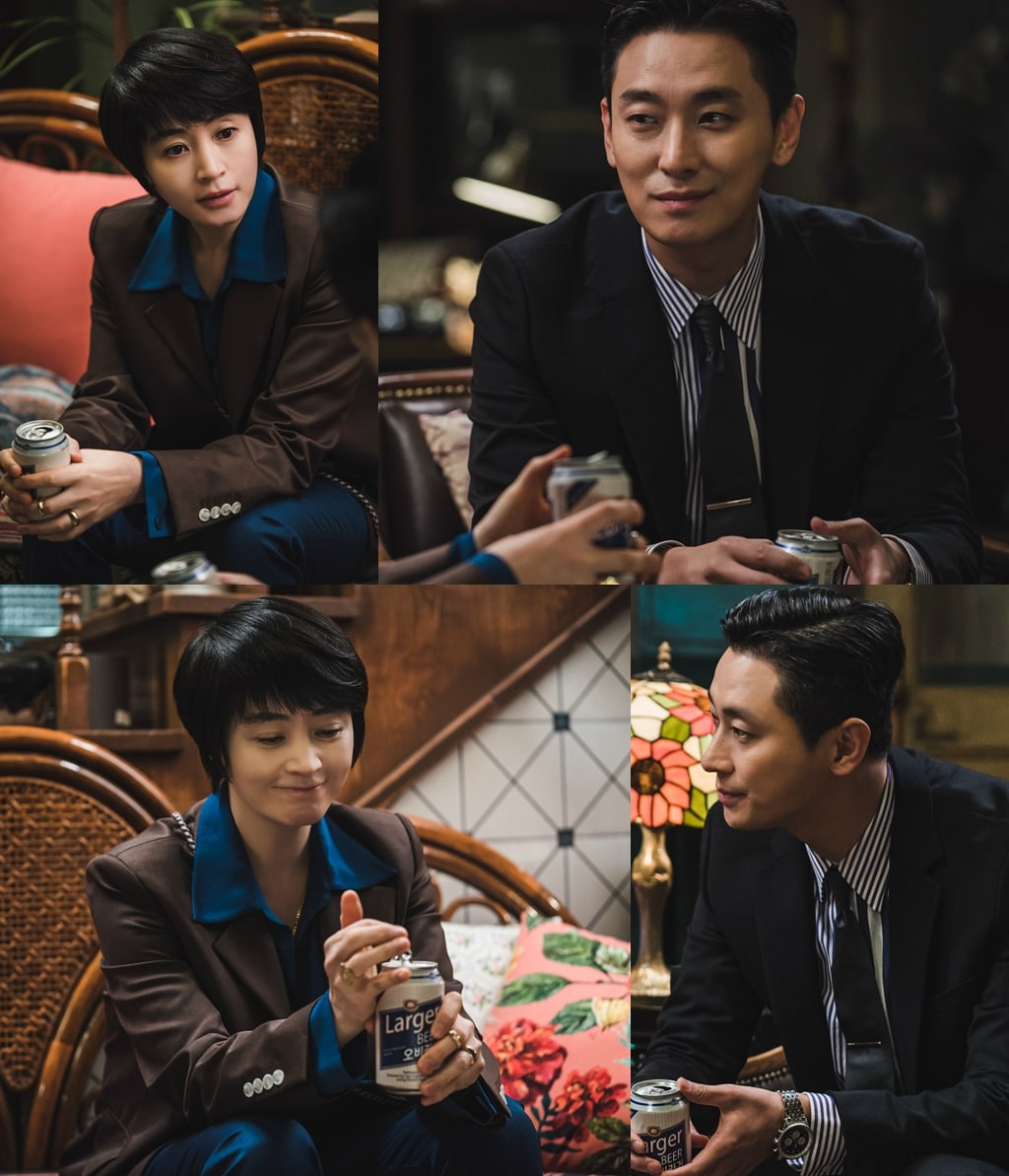