Ji Suk Jin opened up about why he almost quit “Running Man” and more!

Under the “Running Man” category of his page, Ji Suk Jin read that someone had written, “Ji Suk Jin had proven his skills while MCing many programs and was in great demand, however the programs he had worked on started to disappear one by one.” He laughed as he read the last line.

Ji Suk Jin said, “That’s really true. It really wasn’t a good fit. I had a really hard time at the beginning because of that.” 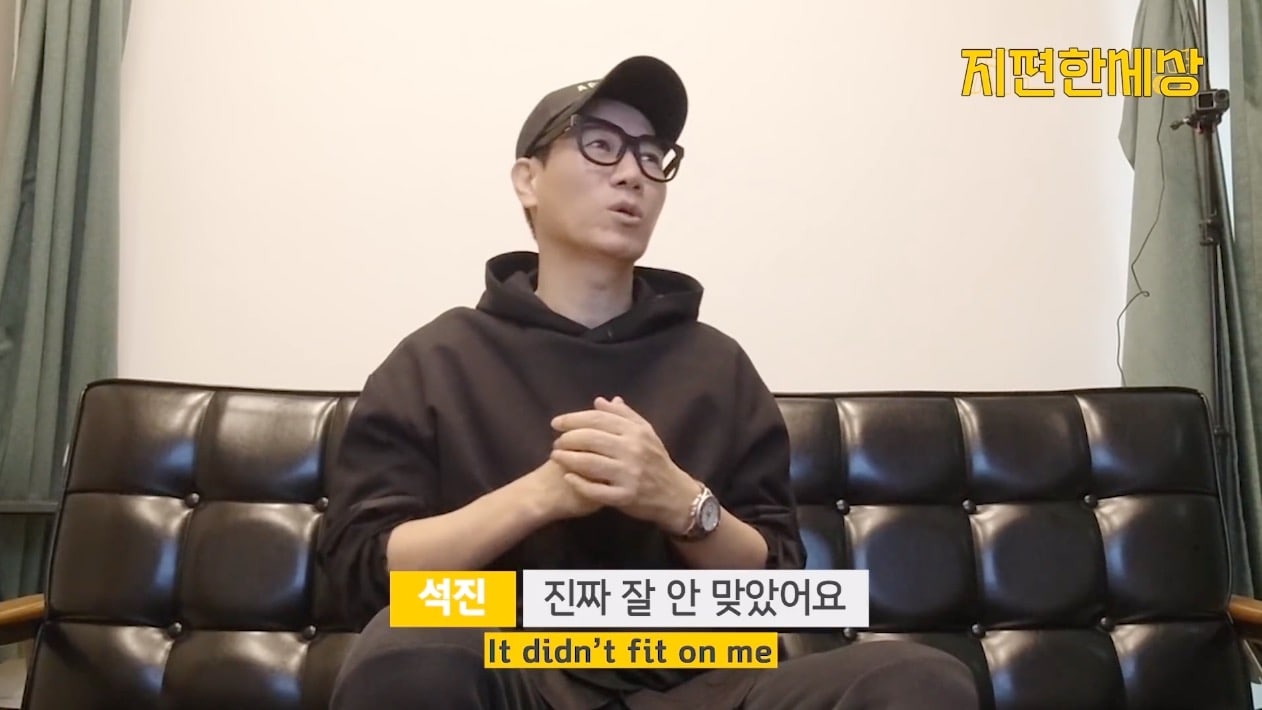 “The role that an MC plays is different from the role of a player,” he continued. “As a player, I have to say the right comment and jokes at the right moment, and that kind of thing makes the position very different, so it’s true that I couldn’t adjust at the start.”

Ji Suk Jin went on to say that he’d asked to meet “Running Man” producing director Jo Hyo Jin in person because of that, and they met three times. “I said I would quit,” he shared. “I said, ‘I don’t think I’m helping the show, and I don’t think this show is helping me either. I think it might be better for both of us if I left.'”

However, Jo Hyo Jin had encouraged Ji Suk Jin each time, and so had Yoo Jae Suk. “I’d like to take this opportunity to thank them,” said Ji Suk Jin. “Thank you!”

Ji Suk Jin then continued to read his Namuwiki page, which said that he received a great amount of criticism from viewers from the early to middle period of the show’s run.

He laughed and said, “Of course that could happen in the beginning. I didn’t think that I was a good fit for the show, so it’s possible that I didn’t have much of a presence. It’s not good to work with that kind of mindset, though.” 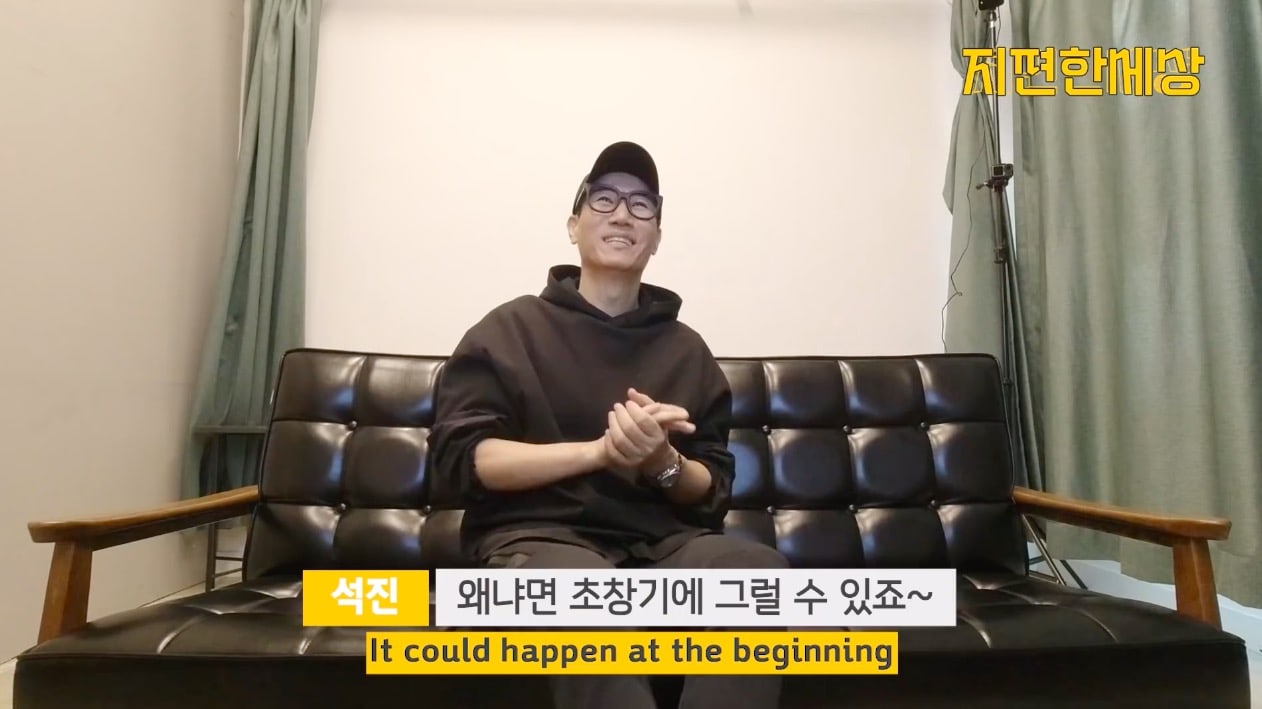 The page continued to describe how Ji Suk Jin’s activities had been seen less and less in the show, and he laughed as he read that people had said he’d been given his pay for free. The description went on to say that establishing his “Easy Brothers” pairing with Lee Kwang Soo and starting to play the role of a punching bag who would accept any kind of attack increased his importance on the show.

Ji Suk Jin then laughed when he read the line, “He’s even personally boasted that as ‘Running Man’ became more popular internationally, he also became a Korean Wave star and fans go crazy for him when he goes overseas.”

“That’s just an exaggeration I said as a joke,” he explained. “I think I said that on ‘Radio Star.’ That’s the concept of the show, where they ask you if something is true or not. I’ve never said, ‘When I go abroad, the fans go crazy for me.'” The director of the video laughed and said he was explaining his excuse too much.

Ji Suk Jin then read that “Radio Star” MC Kim Gura said that Ji Suk Jin makes more money with “Running Man” than Kim Gura does with his 10 shows. He laughed over that and read that Kim Gura reportedly said, “Ji Suk Jin was almost dead in the industry before ‘Running Man.'” Ji Suk Jin said, “It wasn’t that bad! Did he seriously say that? Should I phone him?”

Check out the latest episode of “Running Man” here!

Ji Suk Jin
Running Man
How does this article make you feel?