Things are about to get sweeter in “Meow the Secret Boy”!

The KBS 2TV drama is about an aspiring webtoon artist named Kim Sol Ah (Shin Ye Eun) who has a love-hate relationship with cats and a cat named Hong Jo (Kim Myung Soo) who can secretly turn into a human.

In the last episode, Hong Jo learned that Kim Sol Ah is going to send him away to a new owner, so he struggled not to be abandoned by maintaining his “human” figure. Fortunately, Kim Sol Ah recalled the important memories she shared with him and declared she can’t send her cat away.

In the newly released stills, Kim Sol Ah and Hong Jo are enjoying a “home date.” They are reading comic books when they suddenly make eye contact. Hong Jo gazes at her with a warm smile, and Kim Sol Ah becomes wide-eyed as her face turns pink in shyness. When Kim Sol Ah falls asleep while reading a comic book, Hong Jo gazes at her with a happy smile. Viewers are eager to find out how their romance will progress further in the next episodes. 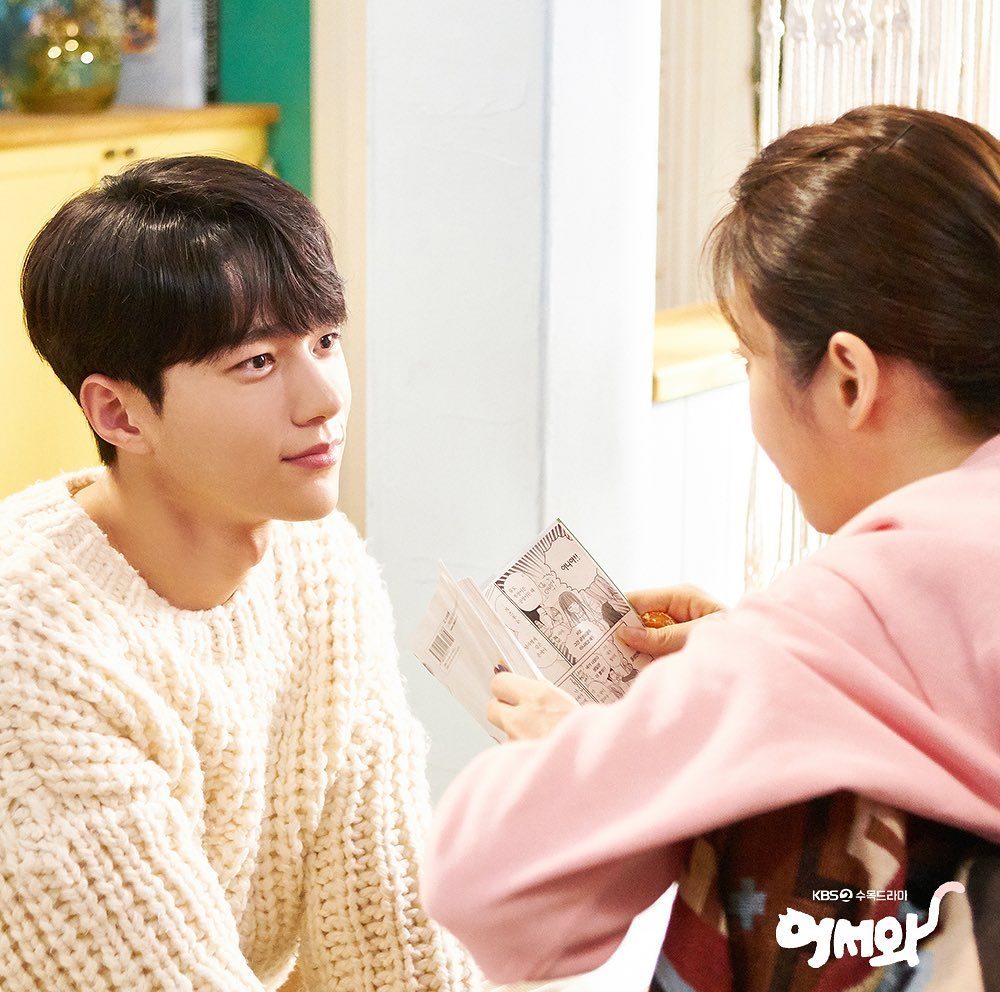 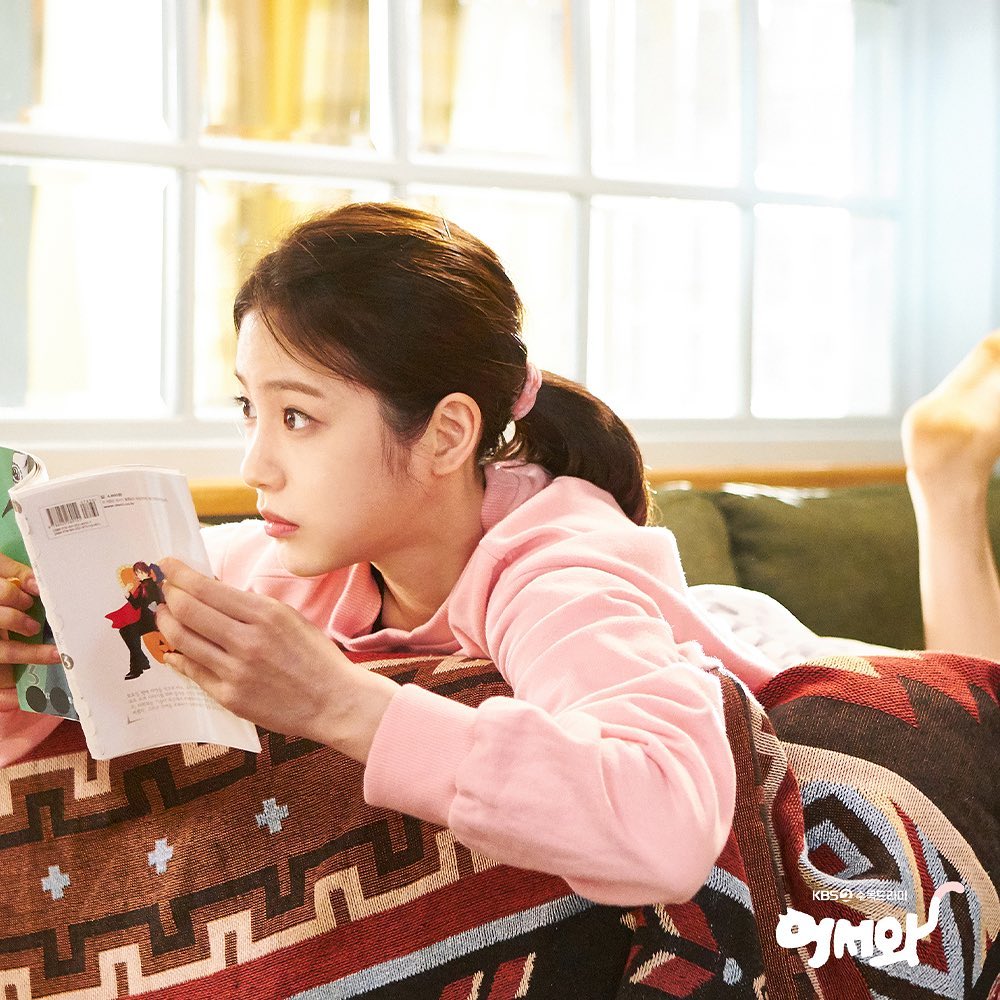 This scene was filmed in Paju of Gyeonggi Province on December 29 of last year. Kim Myung Soo and Shin Ye Eun showed perfect chemistry since the rehearsals, drawing admiration from the production crew. The two actors discussed the psychology of their respective characters in depth and then separated briefly to immerse into their roles before officially filming.

In particular, Kim Myung Soo and Shin Ye Eun beautifully completed the moment in which they looked in different directions and then locked gazes. Kim Myung Soo gazed at Shin Ye Eun with love-filled eyes while Shin Ye Eun’s expressions changed with the various emotions her character felt at that particular moment. The filming proceeded in a brisk manner and ended with a cheerful “cut” sound.

The production crew commented, “Kim Myung Soo and Shin Ye Eun joke around like friends, but once the ‘shoot’ sign is given, they exercise their professional spirit to create a romantic scene. Romance will blossom from the first scene of the episode airing on April 8 (today). Please look forward to it.”