Kim Myung Soo is turning more and more into a human in “Meow the Secret Boy”!

The KBS 2TV drama is about an aspiring webtoon artist named Kim Sol Ah (Shin Ye Eun) who has a love-hate relationship with cats and a cat named Hong Jo (Kim Myung Soo) who can secretly turn into a human.

In the last episode, Hong Jo made eye contact with Kim Sol Ah and confessed, “I like you.” He shed tears as he agonized over whether to reveal his true identity or not.

On April 9, “Meow the Secret Boy” released new stills of Hong Jo in his human form. In the first set of stills, Kim Myung Soo suddenly has a job at a cafe. He’s doing all sorts of menial tasks such as wiping windows, washing mugs, and serving coffee. Viewers are curious about why he now works at a cafe instead of the grilled meat restaurant. 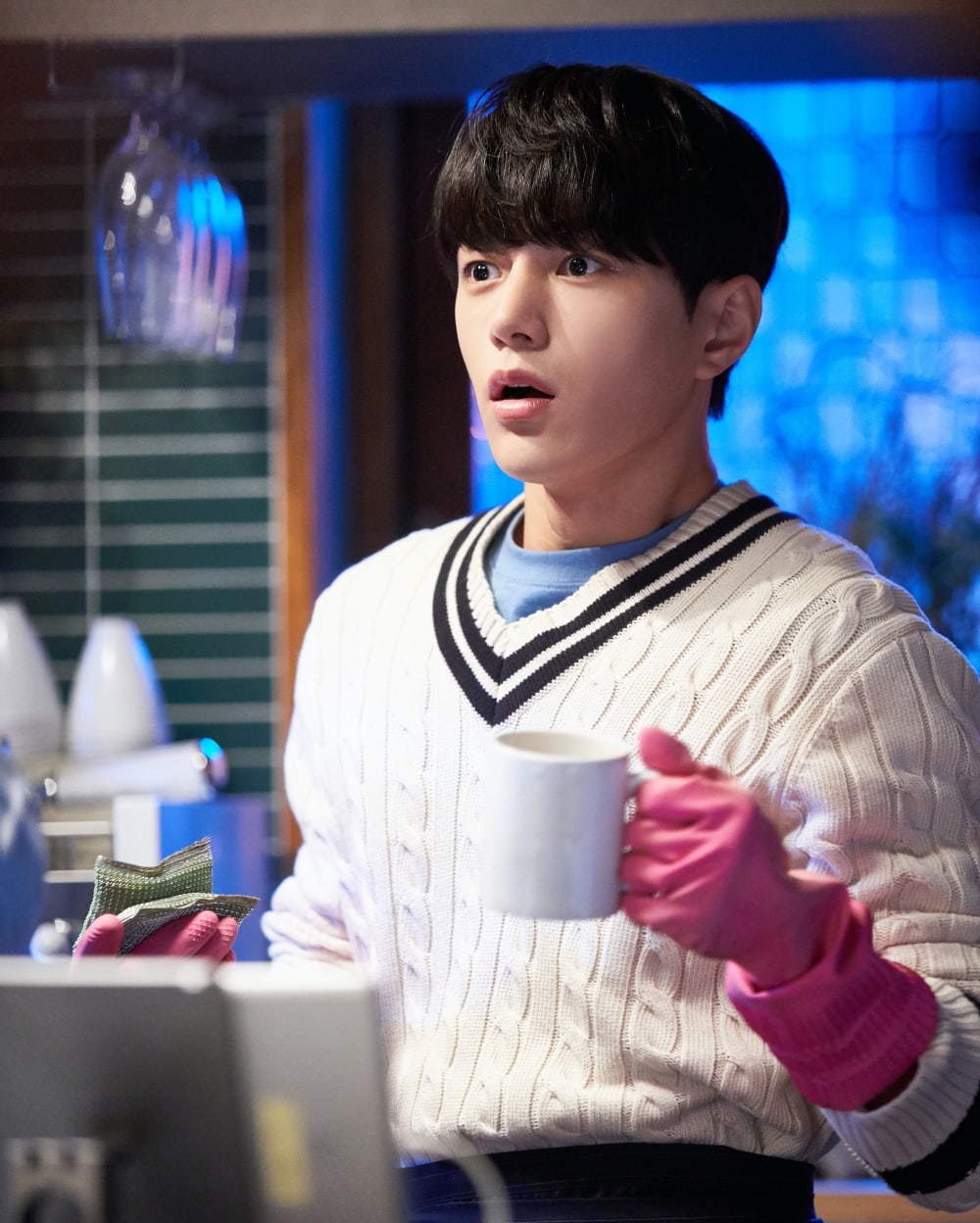 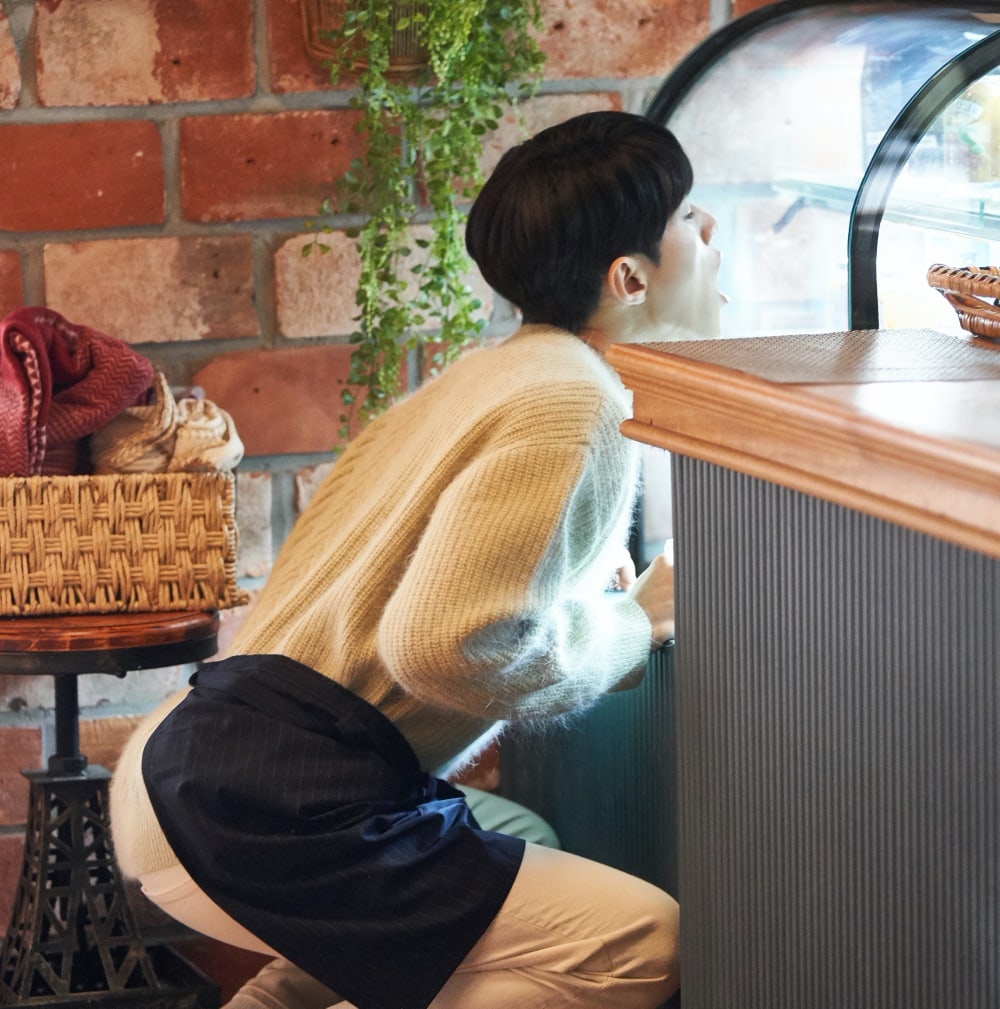 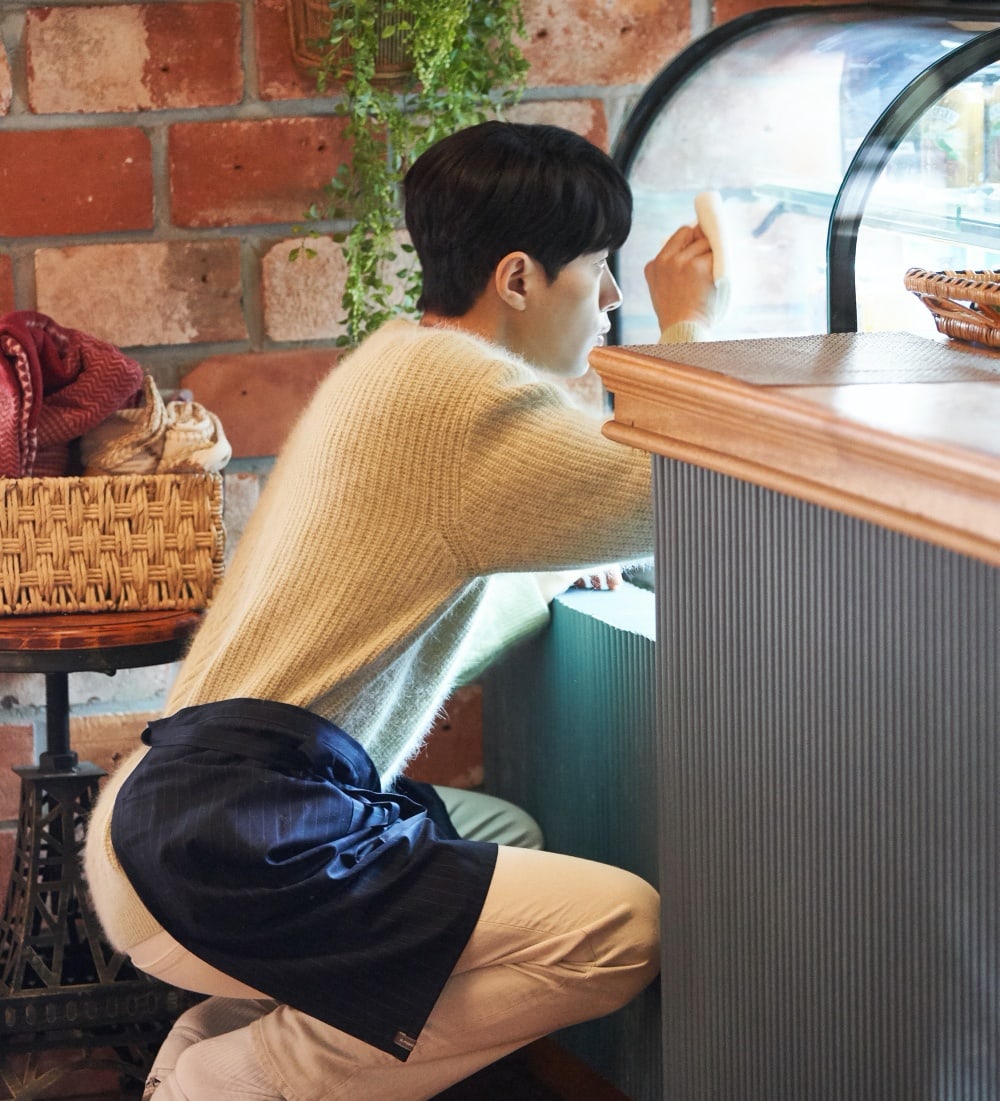 This scene was filmed in Paju of Gyeonggi Province on January 10. As soon as Kim Myung Soo put on the apron, he turned into a handsome cafe employee and drew attention from the cast and crew with his new look. Kim Myung Soo smiled shyly, but he acted out his role with genuine passion. He discussed his acting with the director, and once the cameras started rolling, he performed with great attention to detail. 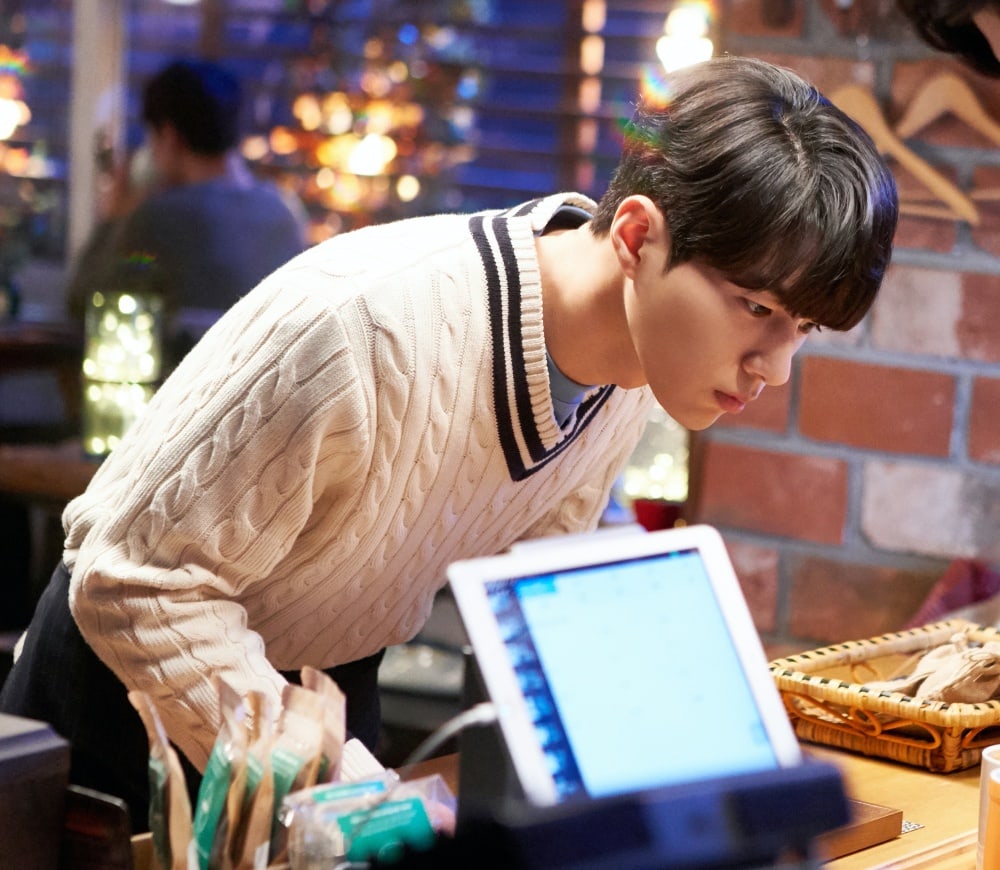 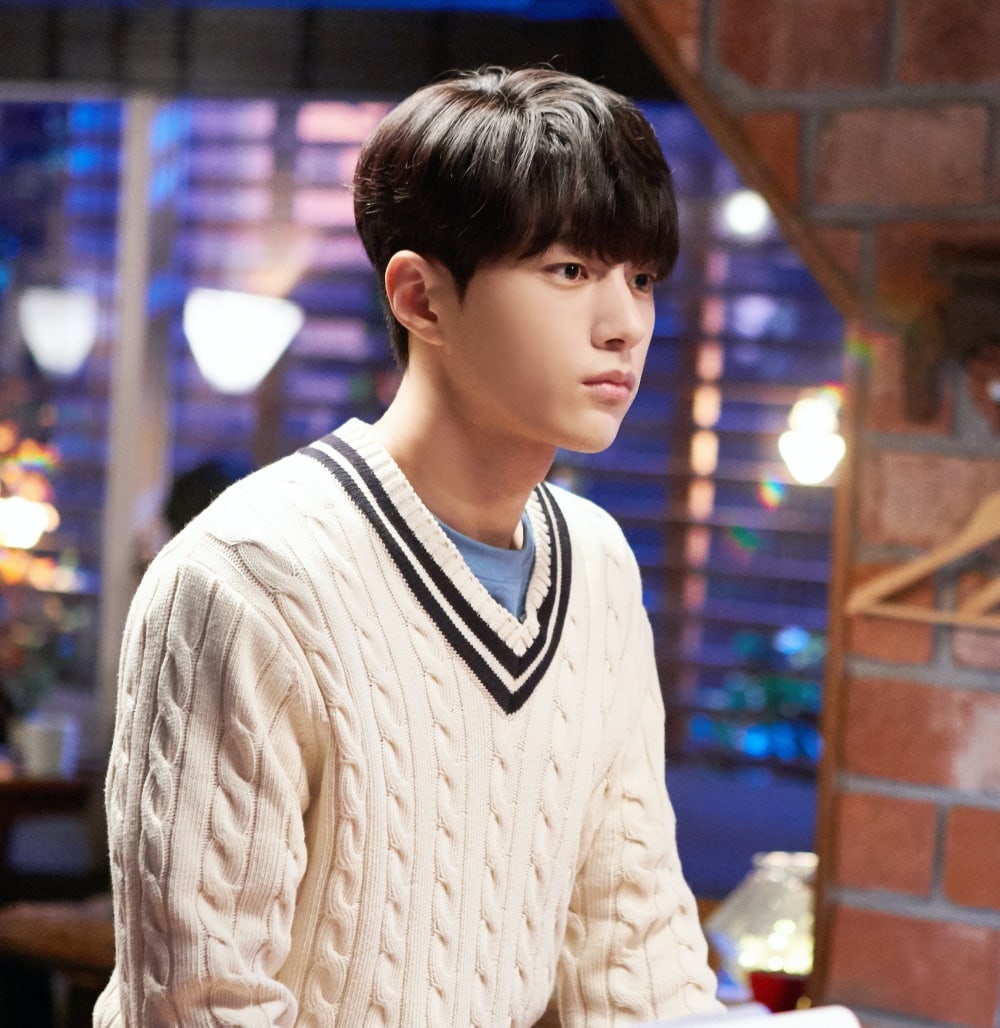 In the second set of stills, Hong Jo protectively embraces Kim Sol Ah due to a falling pile of wood. Hong Jo doesn’t hesitate to throw his body in front of danger, and Kim Sol Ah grabs his arm with a look of surprise on her face. With the gap between Hong Jo and Kim Sol Ah rapidly narrowing, viewers are curious about why such a dangerous incident occurred. 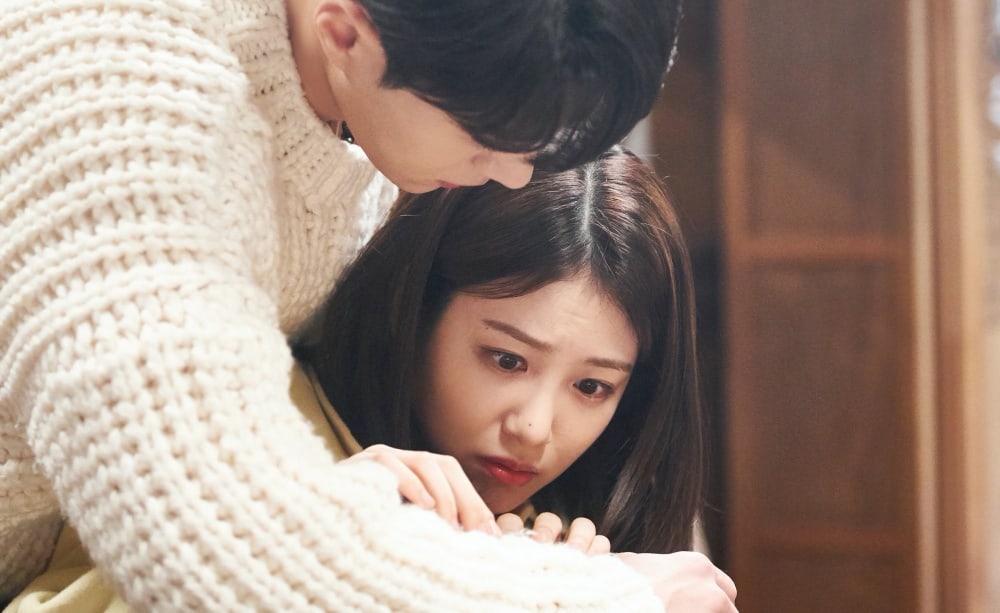 This scene was filmed on January 2. Kim Myung Soo and Shin Ye Eun rehearsed with the director while meticulously checking their movements.

The production crew shared, “In the episode airing on April 9 (today), there will be a storm surge of emotions that happens in seconds. With Kim Myung Soo and Shin Ye Eun getting closer, please wait and see what kind of incidents the two will face.”

Watch the latest episode of “Meow the Secret Boy” on Viki!