On the April 14 episode, Noh Ji Hoon, who is a new cast member on the show, headed to the recording studio to prepare for the release of his new trot song. Noh Ji Hoon is a singer-songwriter who used to be signed under Cube Entertainment and recently made an appearance on the audition program “Mister Trot.”

Noh Ji Hoon explained on the show, “We were trainees together at the same agency. I am close with all the Apink members.” Hayoung showed up at the studio with a present for Noh Ji Hoon’s new baby, a set of cute bibs, and she joked, “I think you were more excited about the present than seeing me.” 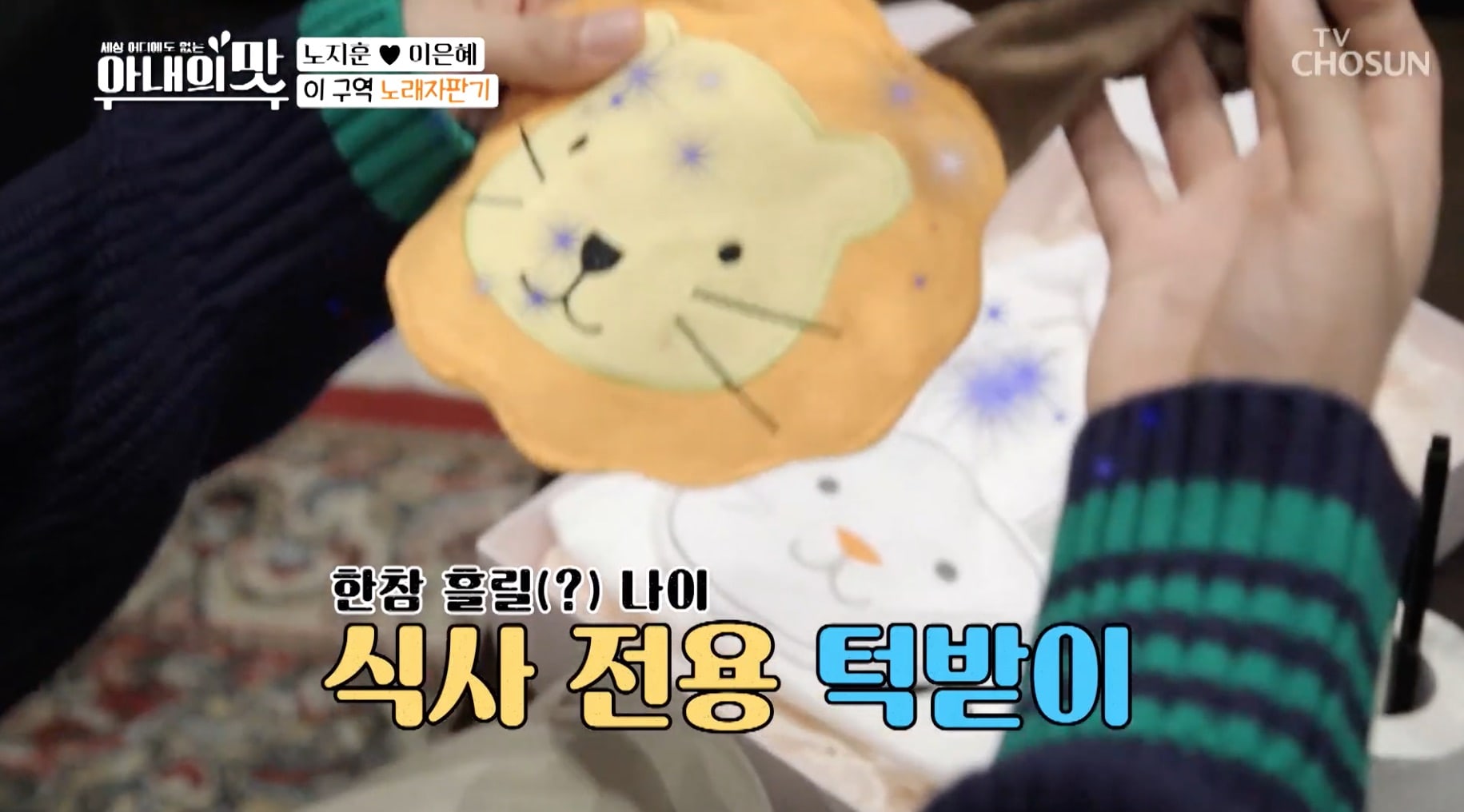 Hayoung was at the studio to help Noh Ji Hoon compose and write his new song. She was taken aback at first at the casual way that Noh Ji Hoon and his producer come up with new melodies on the spot, but they reassured her, “We’re trying to make it fit your style.”

When it came to writing lyrics, Hayoung suggested the title “Love’s Bluetooth” and said, “Love is like a Bluetooth signal. You connect if you’re close, but you disconnect if you’re far away.” She then came up with ideas for lyrics on the spot, though the “Wife’s Taste” cast noted that most of Noh Ji Hoon’s ideas sounded very similar to existing trot songs. 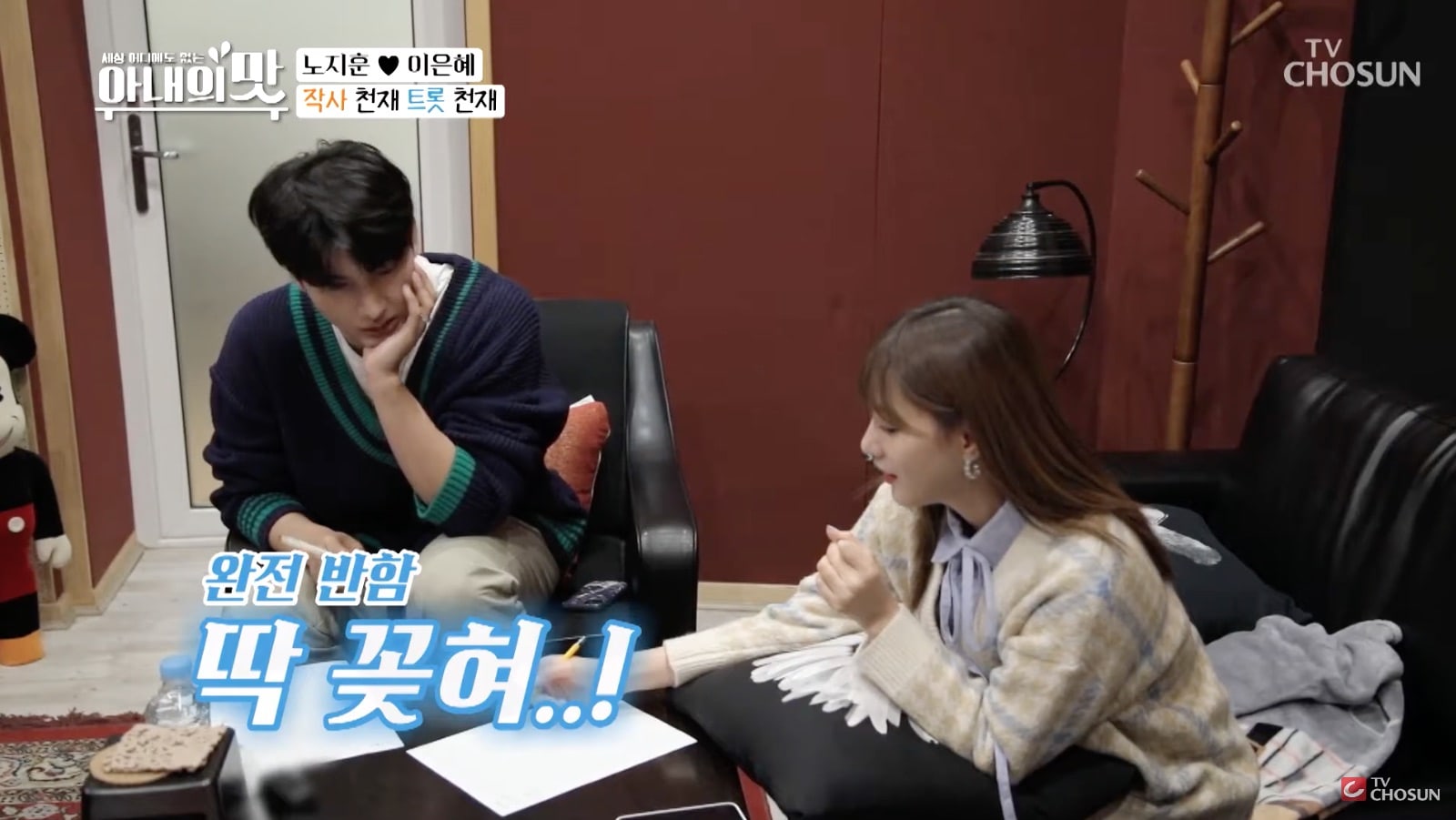 Hayoung then took to the recording booth herself to sing the lyrics she had written.

Apink recently made a comeback with the EP “LOOK” and the title track “Dumhdurum,” which swept realtime charts soon after its release.