JTBC’s “I’ll Go to You When the Weather Is Nice” has reached a beautiful end!

“I’ll Go to You When the Weather Is Nice” is a romance drama about a cellist who returns to her hometown after growing tired of city life and falls in love with the owner of a local bookstore.

In the final broadcast of “I’ll Go to You When the Weather is Nice,” the town of Buk Hyeon finally welcomed spring after a freezing winter, melting Mok Hae Won’s (Park Min Young’s) heart in the process. After leaving her difficult life in Seoul as a cellist, she eventually realized that life wasn’t as difficult as she thought it was and that she was experiencing happy moments as well. She also found stability in her relationships with her family and friends, receiving a letter of apology from her mother Shim Myung Joo (Jin Hee Kyung), saying farewell to her aunt Shim Myung Yeo (Moon Jung Hee), and rebuilding her relationship with Kim Bo Young (Im Se Mi).

Furthermore, Mok Hae Won reunited with Im Eun Seob (Seo Kang Joon), sharing that she would be spending a long time with him in Buk Hyeon. The drama ended with a message for viewers that they will one day find happiness after living each ordinary day one by one.

Mok Hae Won suffered alone for being known as the daughter of a killer. Her mother went to jail after killing her father, her close friend Kim Bo Young divulged all her painful secrets, and her kind grandmother left the world from an illness. Finally, amidst her dark suffering, Im Eun Seob came to her side. With his affectionate gaze, warm hugs, and thoughtful words, he brought light into Mok Hae Won’s world.

As Mok Hae Won’s heart began to melt, she realized that Im Eun Seob had also suffered through difficult times. When he was hurt, Im Eun Seob headed to the cabin, which began to fill up with his loneliness. Mok Hae Won hugged him while realizing how difficult it must have been to suffer alone. In this way, the two melted each other’s cold hearts and chased away their loneliness.

A message to those without courage

The drama portrayed many characters who couldn’t express how they felt because they lacked the courage. Whether it was, “I love you,” “I’m sorry,” or “Don’t leave me,” the characters were too scared to speak up. On this, Shim Myung Yeo said, “For some things, if you don’t purposefully say it, they won’t ever know.” Words that aren’t spoken will never reach the recipients, creating bigger misunderstandings, such as when Shim Myung Joo hurt her daughter in order to keep the fact that she experienced domestic violence a secret. In the end, the drama taught viewers that warm words could provide solace and support to people during difficult times. 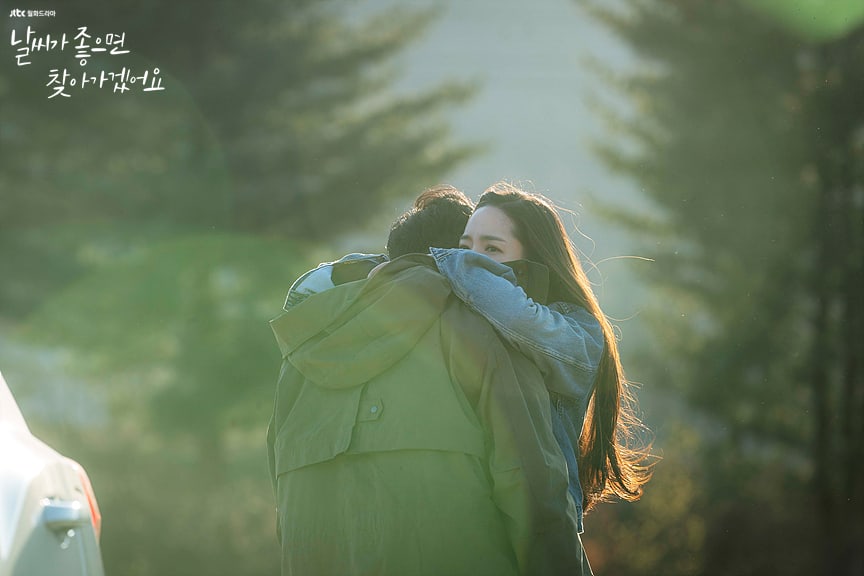 Since humans aren’t perfect, they can sometimes hurt others. In the drama, Kim Bo Young leaks the real reason behind why Mok Hae Won left for Buk Hyeon in order to straighten out the bad rumors surrounding her close friend. As a result, Mok Hae Won had to endure harassment from others, and she was unable to forgive Kim Bo Young. Nonetheless, Kim Bo Young kept coming to Mok Hae Won despite her refusal in order to explain and apologize because she believed that their relationship could be fixed. However, Mok Hae Won thought that trust was like glass and would have permanent cracks after being broken. 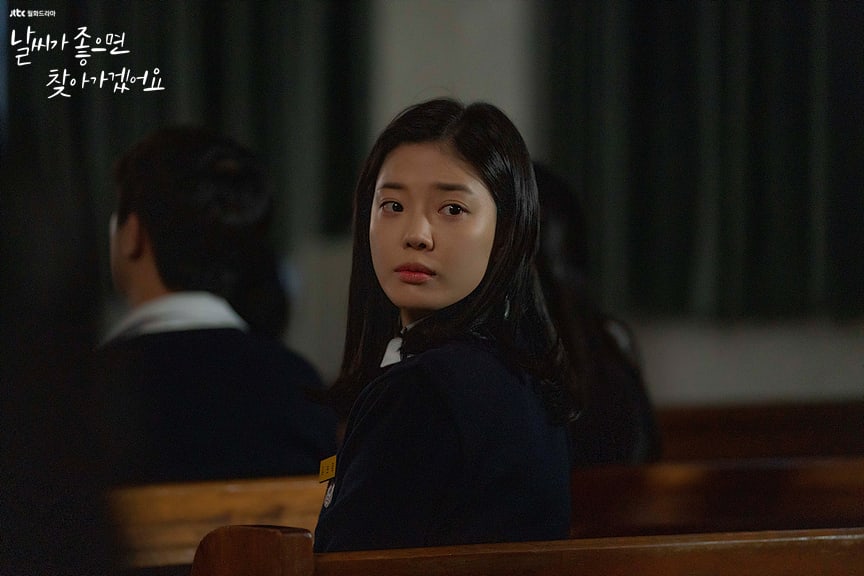 To this, Kim Bo Young replied, “Can’t there be some cracks?” Since all things age and get banged up, human relationships should be no different. No flawless relationship exists in the world. She shared, “We make situations that we’re sorry for, so we apologize, put the pieces back together, and live on.” Although these words make sense, it’s still difficult to accept. However, people can still move others’ hearts if they gain the courage to seek forgiveness as Shim Myung Joo, Shim Myung Yeo, and Kim Bo Young did.

Watch the finale of “I’ll Go to You When the Weather Is Nice” below!