EXO’s Baekhyun appeared on MBC FM4U’s “Kim Shin Young’s Hope Song at Noon” to talk about his second solo mini album, where he opened up about a variety of topics including collaborations, album sales, and his love for his fans.

Kim Shin Young first asked about Baekhyun’s latest collaboration with BOL4 titled “Leo” and he said, “Ahn Ji Young recorded the guide and sent it to me. As soon as I heard the song, I loved it. I’d always liked her voice so I happily agreed to the collaboration.” When asked how he chooses his collaborations, Baekhyun explained, “I don’t have any set requirements or anything. I don’t get that many collaboration offers but when I do, I listen to the song and I’ll take it on if I feel confident that I’ll be able to do well with that singer. Once I make that decision, our agency goes ahead and sets things up.” Baekhyun also shared that for his next collaboration, he’d like to work with Lee Moon Sae or participate in an emotional ballad. 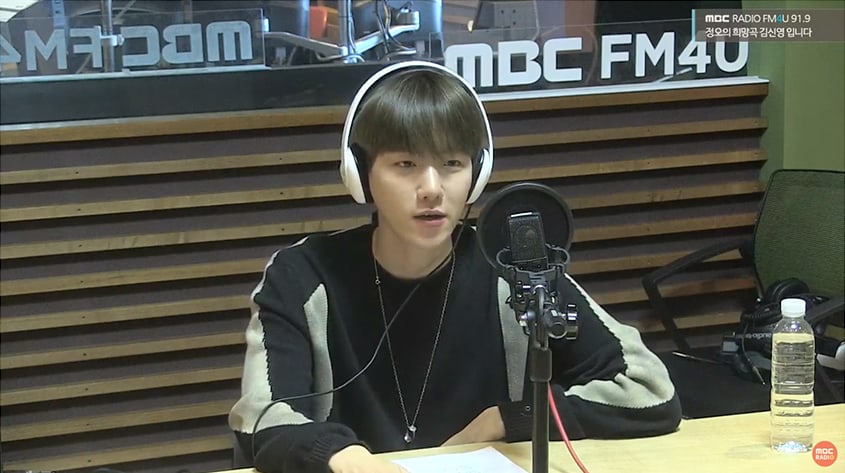 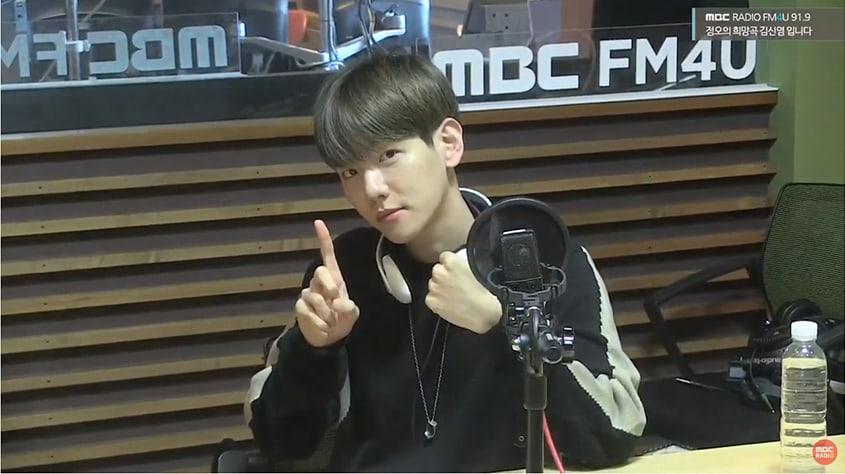 Delving into his latest comeback, Kim Shin Young asked if it feels different to come in first place as EXO and as solo artist Baekhyun, as his second mini album “Delight” has not only swept various weekly album sales sites, but it also sold over 700,000 copies in its first week. He replied, “Firstly, I really can’t believe it. Our fans have already bought so many of EXO’s albums that I told them to not buy too many and to focus more on buying things for themselves, like padded jackets for the winter. They didn’t listen to me and bought my album.”

He continued to both express his gratitude and worry for EXO-L as he said, “I’m worried that they’ll feel like buying my album is an obligation. I would be happy if our fans used their money for themselves, and then took what’s left over to purchase albums. I hope they won’t see it as an obligation.”

Baekhyun was asked if he had a music show win promise for fans, and he said, “I’ve thought of a lot of different options. There’s a moment in my teaser photo where I’m wiping off lipstick. I think I might do that.”

Along with his album records, Baekhyun set a new record while on the radio show. Kim Shin Young said, “True to your status as a man of many records, you’ve just set the record for the most number of listeners at one time on an MBC radio show. You’ve set another record. Representatives of the radio department have even come here. They said they’ve never seen these many people listening to a radio show at one time before.”

Baekhyun concluded the segment with the message, “This album was like a challenge to me. I wanted to take a difficult genre and add my own spin to it, and all of the love and attention I’ve been receiving makes me so happy. I will try to repay all of the love I have received.”

If you haven’t already, check out the music video for Baekhyun’s new title track “Candy“!