The actors of “Good Casting” shared their final thoughts and chose their favorite scenes upon the drama’s finale!

The SBS Monday-Tuesday drama, which aired from April 27 to June 16, is an action comedy that tells the story of women working in the National Intelligence Service (NIS). Choi Kang Hee plays the role of Baek Chan Mi, a black operative for the NIS who goes undercover to catch Michael Lee (Kim Yong Hee), an industrial spy who caused the death of her co-workers.

Choi Kang Hee showed off her wide range of acting skills through her fierce character Baek Chan Mi, and she expressed her gratitude to viewers. She said, “I’m thankful because I think a lot of people had fun watching the drama.

She continued, “I had a happy time working with great actors and staff members. I hope ‘Good Casting’ will be remembered as a gift to those who have been with us.”

As for her favorite moment from the drama, Choi Kang Hee chose the fight scene in the abandoned warehouse that became a hot topic after the episode aired. She said, “I remember the scene where Baek Chan Mi and Hwang Mi Soon went to the abandoned warehouse to save Im Ye Eun the most. It was a really exciting scene. I think the energy and explosive power that comes out of Baek Chan Mi’s and Hwang Mi Soon’s small selves, as well as the victory at the end, was pleasing and vicariously satisfying to me.” 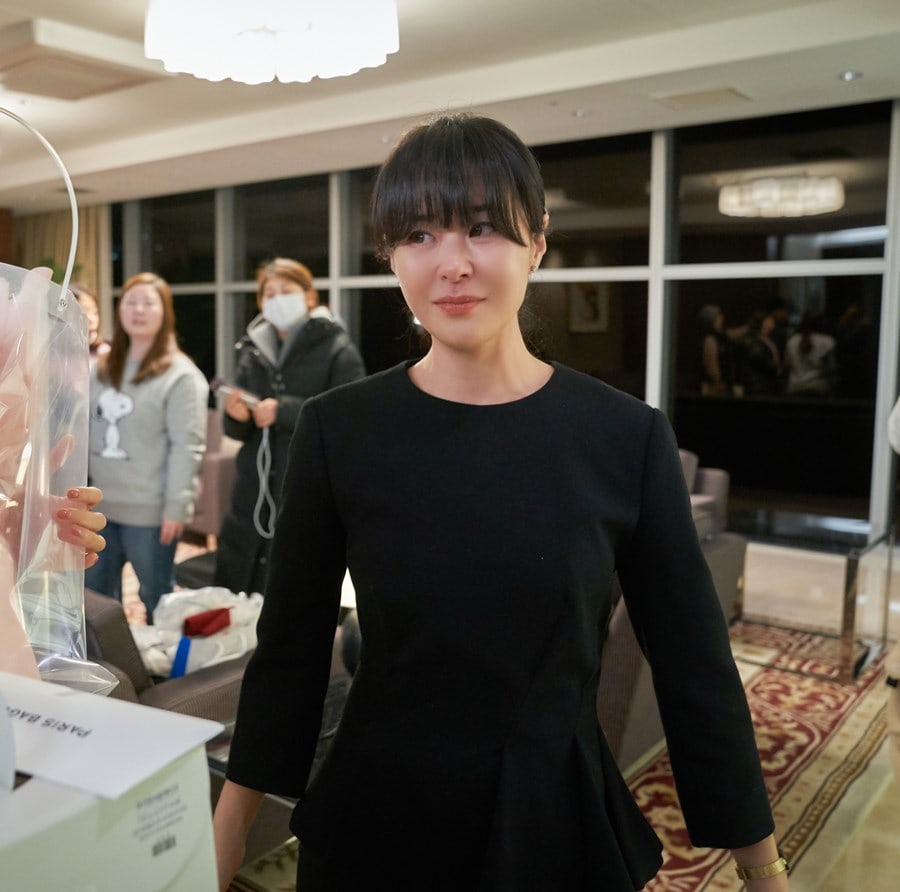 Lee Sang Yeob, who played CEO Yoon Seok Ho, also credited the actors and staff for the great times he had working on the drama. He added, “It was an honor that so many people loved the drama. I’d be happy if I could return with a second season.”

Lee Sang Yeob then chose his favorite scene. “I remember the scene where Yoon Seok Ho secretly takes the doll on Baek Chan Mi’s backpack and runs through the rain, waving his hands,” he said. “I think it expressed the playful and innocent side to Yoon Seok Ho well, and the scene left a big impression in many ways because it contrasts with the weight that present-day Yoon Seok Ho carries.” 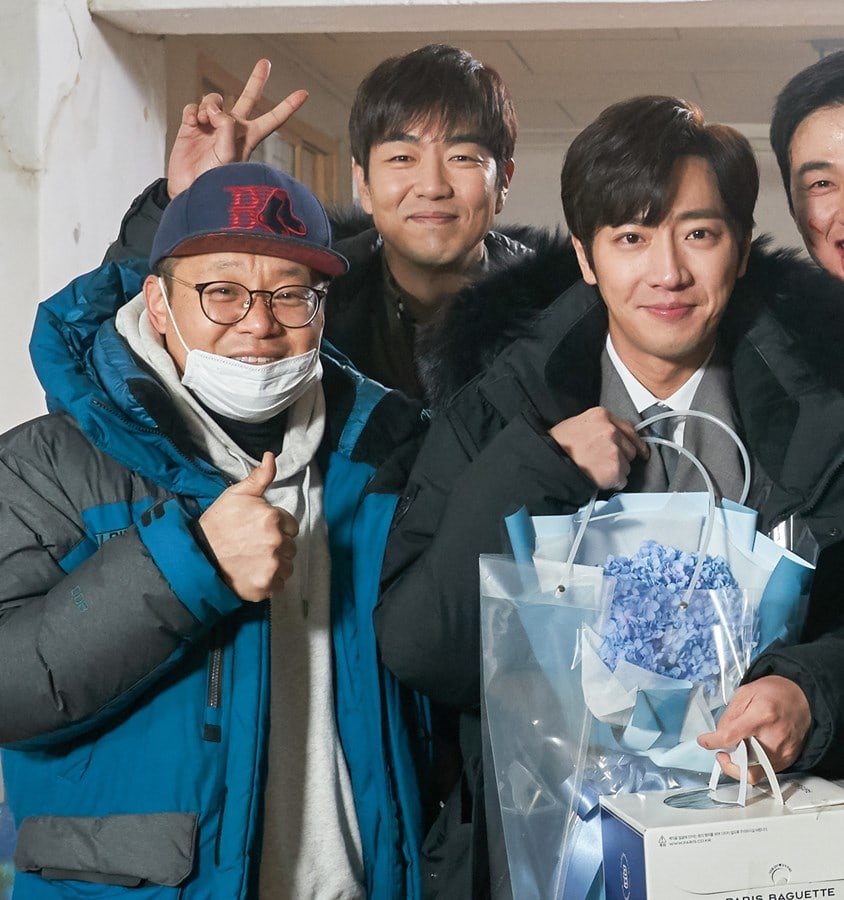 Next, Yoo In Young, who took on the role of Im Ye Eun, expressed her pleasure to have been able to show viewers a new side of her through “Good Casting.” She continued, “We were able to create a great drama thanks to our awesome director and writer, all the actors, and the staff members who always work hard on set. I sincerely thank the viewers who loved and supported my character Im Ye Eun.”

She concluded, “I think ‘Good Casting’ will be remembered for a long time as a valuable and meaningful drama thanks to all the love from the viewers.”

Then, Yoo In Young chose the “bodyguard scene” as her favorite. She explained, “I want to choose the bodyguard scene where Im Ye Eun and Kang Woo Won were able to become one level closer to each other. I had so much fun filming the scene with Lee Jun Young that I didn’t even know how the time passed, and I think the scene received good reactions because the lively and pleasant energy from the set was conveyed just as it was through the broadcast, so I am proud and thankful for that.” 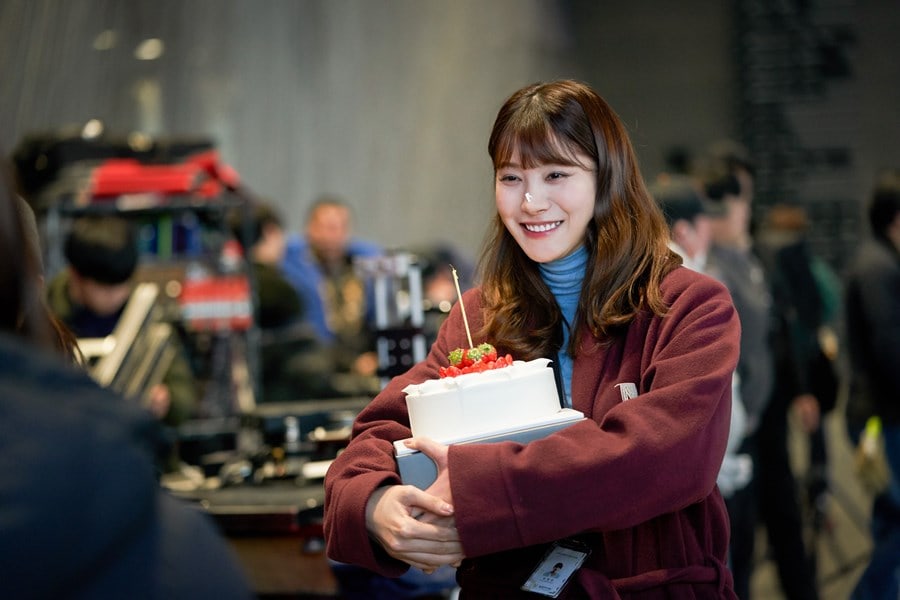 Lee Jun Young, who played Kang Woo Won, said, “Just as everyone else did, I also saw Kang Woo Won as a character who is so cheeky that I’d want to give him a flick to the forehead.”

He added, “I was happy that I was able to learn a lot through the new character Kang Woo Won. Thank you to the viewers who enjoyed the drama until the end despite my imperfect acting.”

Lee Jun Young then went on to thank the director, writer, and staff. He continued, “I’d be pleased to know that ‘Good Casting’ has become at least a small source of entertainment and comfort in these hard and difficult times.”

As for his best moment from the drama, Lee Jun Young chose an action scene that he filmed with Choi Kang Hee. He said, “The scene where Choi Kang Hee descended from the observatory with just a wire was really shocking and cool. I thought that it was incredible that even as an actress, she did not take it easy to film the scene.” 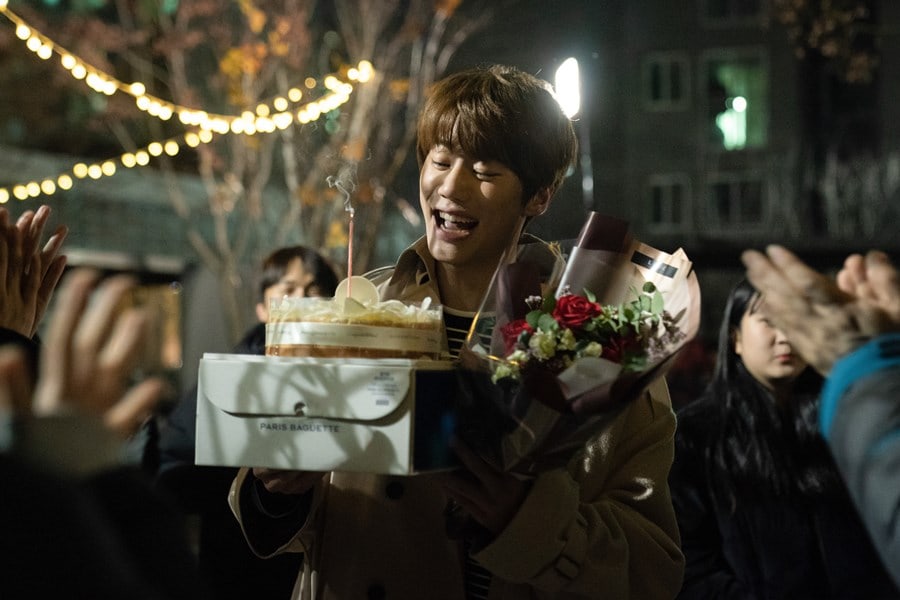 Next, Kim Ji Young, who took on the role of Hwang Mi Soon, commented, “The time of farewells always comes.” She continued, “‘Good Casting’ is a drama that made me and everyone laugh a lot. As I was enjoying myself, I forgot all the hard times and let the painful things pass.”

Kim Ji Young teared up, saying, “I wished that our laughter and happiness would spread to those who are struggling and become a small source of comfort, and I am so thankful that my wish has come true. I’m tearing up because I don’t want to let go even now.”

She also explained her favorite scene, saying, “I remember the scene where we confronted Wang Ka Yi in a casino, speaking in the Japanese and Chinese languages as our last strategy. We prepared a lot, and I think I remember it even more because it was the last plan that made up the drama’s finale.” 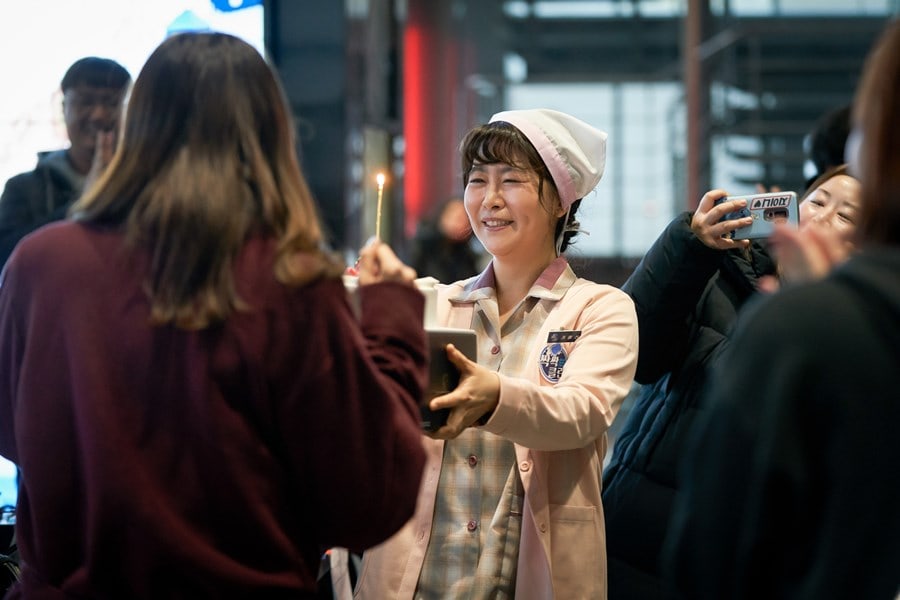 Last but not least, Lee Jong Hyuk, who played Dong Gwan Soo, commented that he had a great time on set with the actors and staff members. He continued, “A good drama came to life thanks to everyone’s hard work, and we saw great results. Thank you to the viewers who loved the drama so much. I want to return in the future through an even better project.”

When asked to choose his best scene, Lee Jong Hyuk said, “How can I only pick one? The best scene is every scene that we’ve done together.”

He concluded, “I express all my gratitude and honor to everyone who has put their endless passion into completing great scenes with the utmost care.” 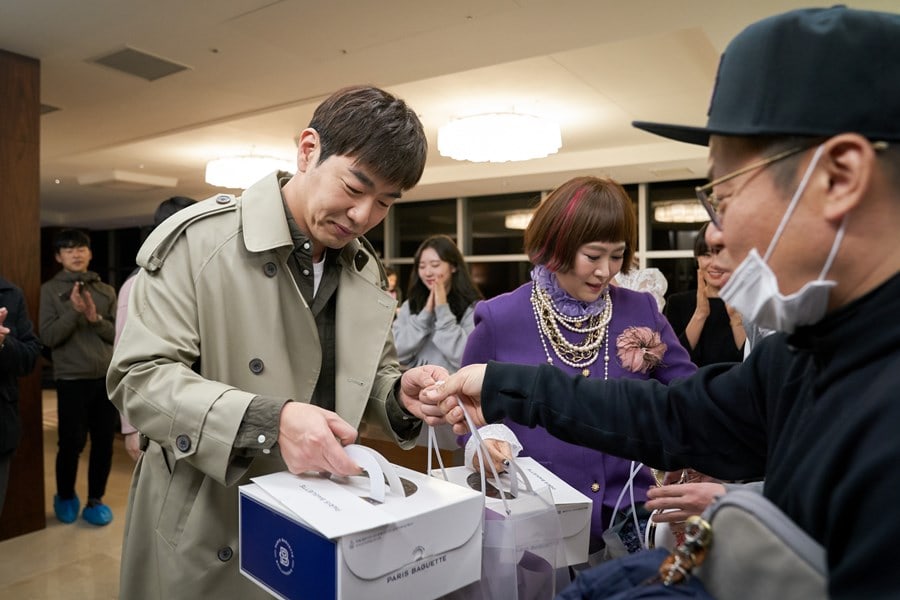 The drama’s production team made a final comment, “Thanks to all the actors who did not shy away and put in all their energy to show an enthusiastic performance, we were able to run the drama smoothly. We thank you from the bottom of our hearts. We did our best to the end. We hope you will enjoy ‘Good Casting’ until its finale.”

The finale of “Good Casting” aired on June 16.