“Was It Love?” will be a romantic comedy starring Song Ji Hyo as Noh Ae Jung, a movie producer and single mom who has been living on her own for 14 years. Despite having already given up on romance, she suddenly finds herself embarking on an unexpected second chapter of her love life when four very different men enter her story at the same time. Uhm Chae Young will play her daughter Noh Ha Ni.

Song Ji Hyo described their relationship as, “Ha Ni is Ae Jung’s one and only daughter in the world and so precious to her,” and is someone Noh Ae Jung wouldn’t trade for the world. As Noh Ha Ni has never known her father, Noh Ae Jung has acted as both a mother and father figure for her daughter, creating a warm and loving family environment for her to grow up in him. Because of this, Noh Ae Jung always wants to be “the most reliable person in the world” for Ha Ni.

The stills show the relationship between the mother and daughter, as well as give a glimpse into how hard Noh Ae Jung has worked to make sure her daughter never feels lacking when it comes to love. Because of this, Ha Ni looks at her mom with absolute trust in her eyes. Their relationship is described as, “They can bicker like sisters at times but are also so comfortable with each other and share even the smallest things like best friends.” 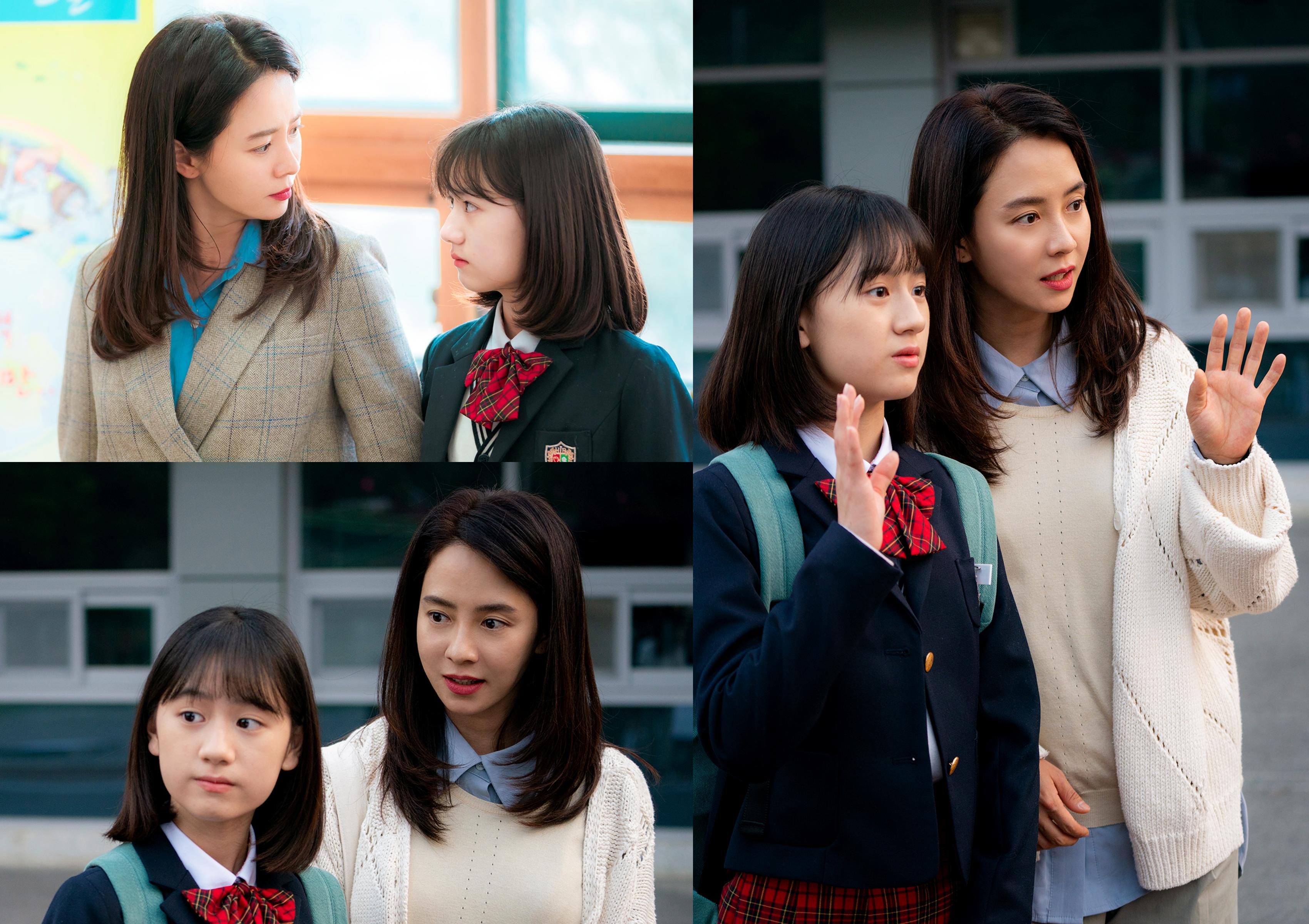 The two actresses are said to have bonded through working together. Song Ji Hyo shared, “Every time, I am struck by the thought of just how great of an actress Uhm Chae Young is. She always comes so prepared, she stays curious on set, and she is able to absorb everything so quickly.” She described Uhm Chae Young as the mascot and vitamin of the set, and stated that they share a lot of conversations and are very close.

“Was It Love?” is set to premiere on July 8 at 9:30 p.m. KST. Check out the highlight reel for the drama here, as well as Song Ji Hyo’s previous drama “Lovely Horribly” below:

Song Ji Hyo
Uhm Chae Young
Was It Love?
How does this article make you feel?