OCN’s “Train” will be airing its first episode today!

“Train” is a sci-fi thriller about a single choice made on the night of a murder that splits the world into two alternate universes.

Ahead of the premiere, the drama unveiled key points to look forward to. Check out what to get excited about below!

The tone, atmosphere, and background scenery of both worlds are very different as well. The unpredictable variation between the two and the repeated reversal of events across them herald a new parallel universe mystery that is different from any other drama.

“Train” depicts a parallel universe that only exists in the imagination, and mysterious accidents will be taking place across the two worlds through trains. For this purpose, a variety of computer graphics (CG) will be used to complete sensuous visual beauty and maximize the fun of watching them.

Viewers will also be captivated by the thrilling action scene. There will be high-quality stunts, such as car chases, gun fights, and physical fighting. The drama is sure to raise expectations with these interesting key points. 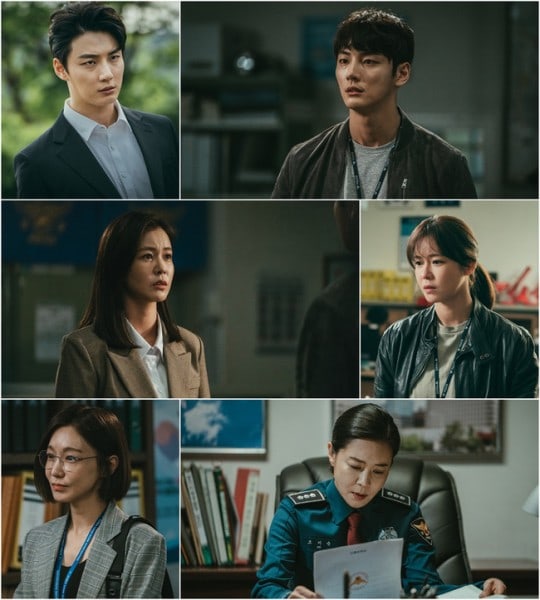 The actors will play two roles in order to portray characters who look the same but have completely different personalities and jobs in universes “A” and “B.” Yoon Shi Yoon stars as Seo Do Won, a police officer on the path of atonement in universe “A” and a police officer who has chosen the path of corruption in universe “B.” Kyung Soo Jin co-stars as Han Seo Kyung, an honest, straight-talking prosecutor in universe “A” and a cold, emotionless detective in universe “B.” The dual roles amplify curiosity about how people in the two worlds live different lives as they are intertwined with certain events.

Another reason to watch this drama is the star-studded cast who show extraordinary presence with their solid acting skills. First of all, attention is drawn to Yoon Shi Yoon for his acting ability as he is able to perfectly immerse into unique characters of various genres. Viewers are also looking forward to Kyung Soo Jin’s performance as she participates in an OCN drama for the first time. Other actors who will star in the drama are Shin So Yul, Yoon Bok In, Kim Dong Young, Jo Wan Ki, and Lee Hang Na.

The production team stated, “‘Train’ will overwhelm the small screen with tense developments and creepy twists. Please watch ‘Train’ as it will make you forget the heat this summer.”

Check out the main trailer here: