Ahead of its premiere, MBC’s “CHIP-IN” released an intricate character relationship chart!

First of all, the main family relationship is formed around painter Yoo In Ho (Nam Moon Cheol). His ex-wife is theater director Seol Young (Kim Jung Young) and his ex-mistress is Kim Ji Hye (Oh Na Ra), who used to be a famous model. Yoo In Ho and Kim Ji Hye have a daughter named Yoo Bit Na (Kim Hye Joon), who is now a college student.

Yoo In Ho has two younger brothers, and one of them is Yoo In Gook. Not much is known about him except for the fact he has a son named Yoo Hae Joon (Choi Gyu Jin). Yoo In Ho’s half-brother is Dok Go Cheol (Han Soo Hyun), and he in turn has a daughter named Do Go Seon (Kim Si Eun).

There are two more characters who are not related to the artist by blood but live in the same house as him. They are Moon Jung Wook (Lee Yoon Hee), his friend and manager, and Ms. Park (Nam Mi Jung), the family maid.

Viewers can look forward to the unexpected twists and turns the drama will take as the nine main characters fight for inheritance. 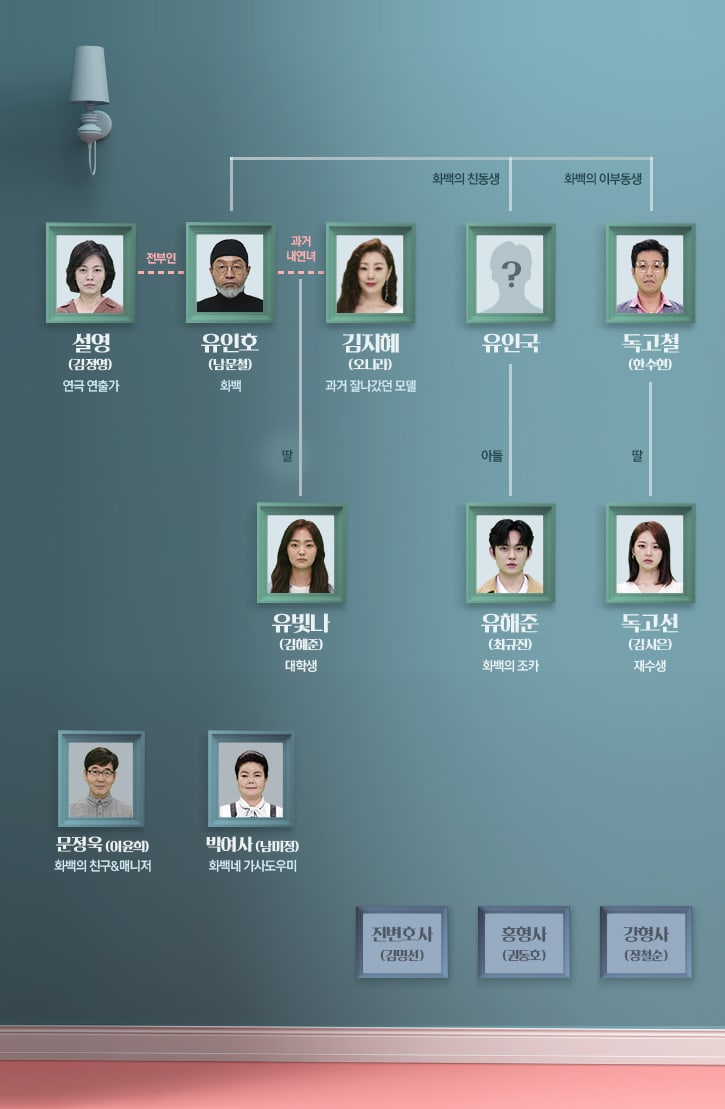