EXO’s Sehun and Chanyeol made an appearance on JTBC’s new “Ask Us Anything” spin-off program!

The program follows each “Ask Us Anything” member as they attend “After-School Activities” (literal title) to learn various new skills through after-school classes.

The first member up is Kang Ho Dong, who has enlisted the help of Super Junior‘s Shindong to learn how to dance like an idol. The two call themselves Dong Dong Shin Ki as a reference to TVXQ, who are called Dong Bang Shin Ki in Korean.

The second episode of the spin-off, which aired on July 18, featured Kang Ho Dong continuing his lesson of learning EXO’s “Growl.” Shindong explained that in his opinion, Kang Ho Dong had a lot of potential and looked really good, but that others might not think the same. To find out what other experts thought, they decided to film his dance to EXO’s “Growl” and Park Jin Young‘s “She Was Pretty,” then send it to various entertainment agencies. 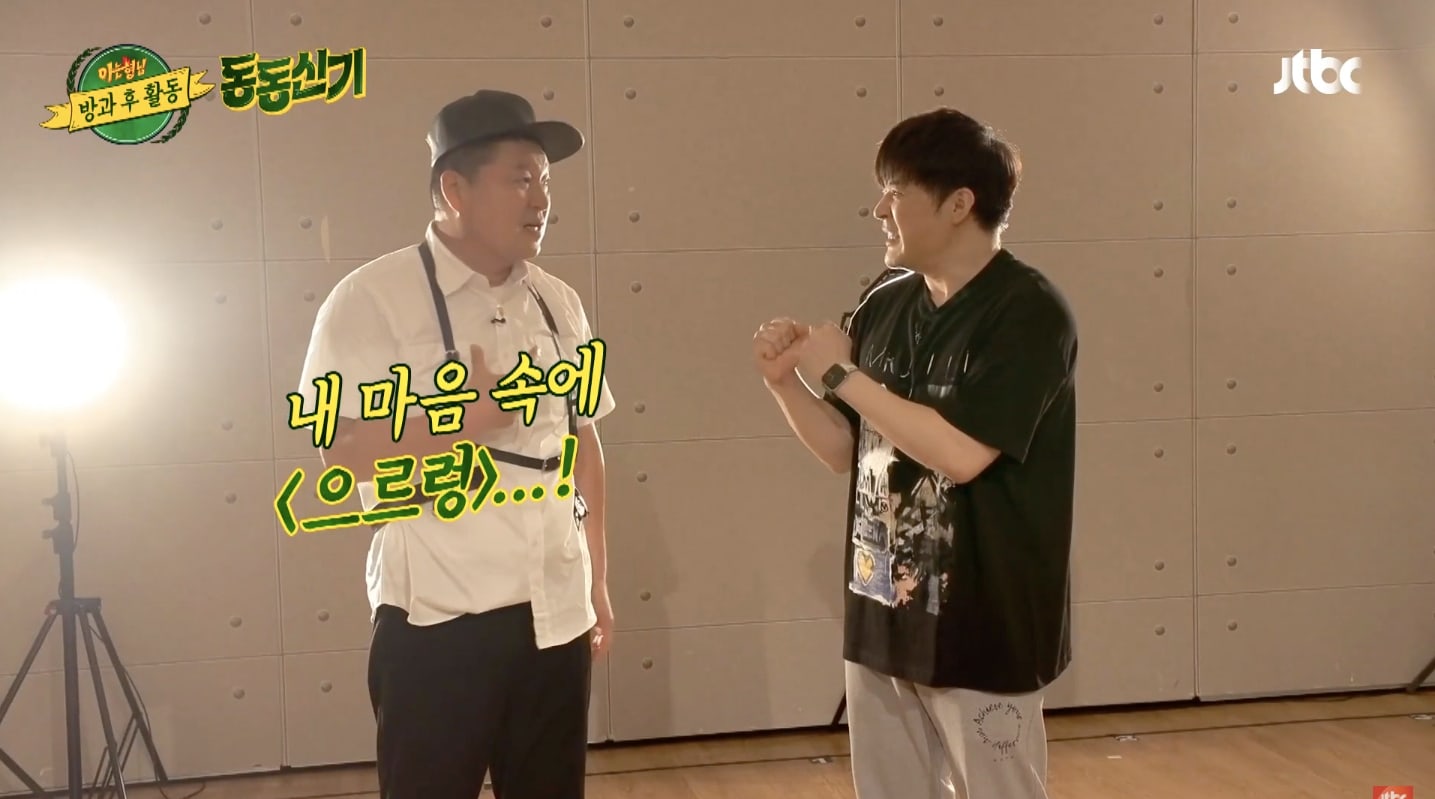 After watching the video, Kai responded by text, “What? Why is he so good at dancing? He has good rhythm, he’s right on beat, the dance moves are clean, and he transitions seamlessly to the next move. He’s really so good. I really see potential. Given that this is his first time dancing to this, isn’t he a genius?”

However, he added, “But it’s so funny because his hat looks like the dried laver in rice balls.”

Yunho’s texts read, “Ah! This is funny. He is kind of good, but it’s a bit iffy. He is really good, but there’s something I can’t put into words. Iffiness? He does have a lot of potential, though.”

Meanwhile, Eunhyuk replied, “I can’t watch this until the end,” and Shindong asked why. Referencing a variety show Kang Ho Dong used to host, Eunhyuk hilariously shared, “It looks like a man with a really emotional backstory appeared on ‘Star King’ and prepared a dance for someone for the first time in his life.”

Finally, EXO’s Sehun and Chanyeol watched the video together, and they recorded their reactions and feedback for Kang Ho Dong on camera. While initially expressing amazement that the clip was filmed so professionally, the two immediately began laughing once Chanyeol commented, “It kind of looks like an elementary school student is dancing. He’s so cute.”

Sehun added, “But this dance is too hard to really express feeling.” Chanyeol agreed, saying, “I still can’t properly do this dance.” 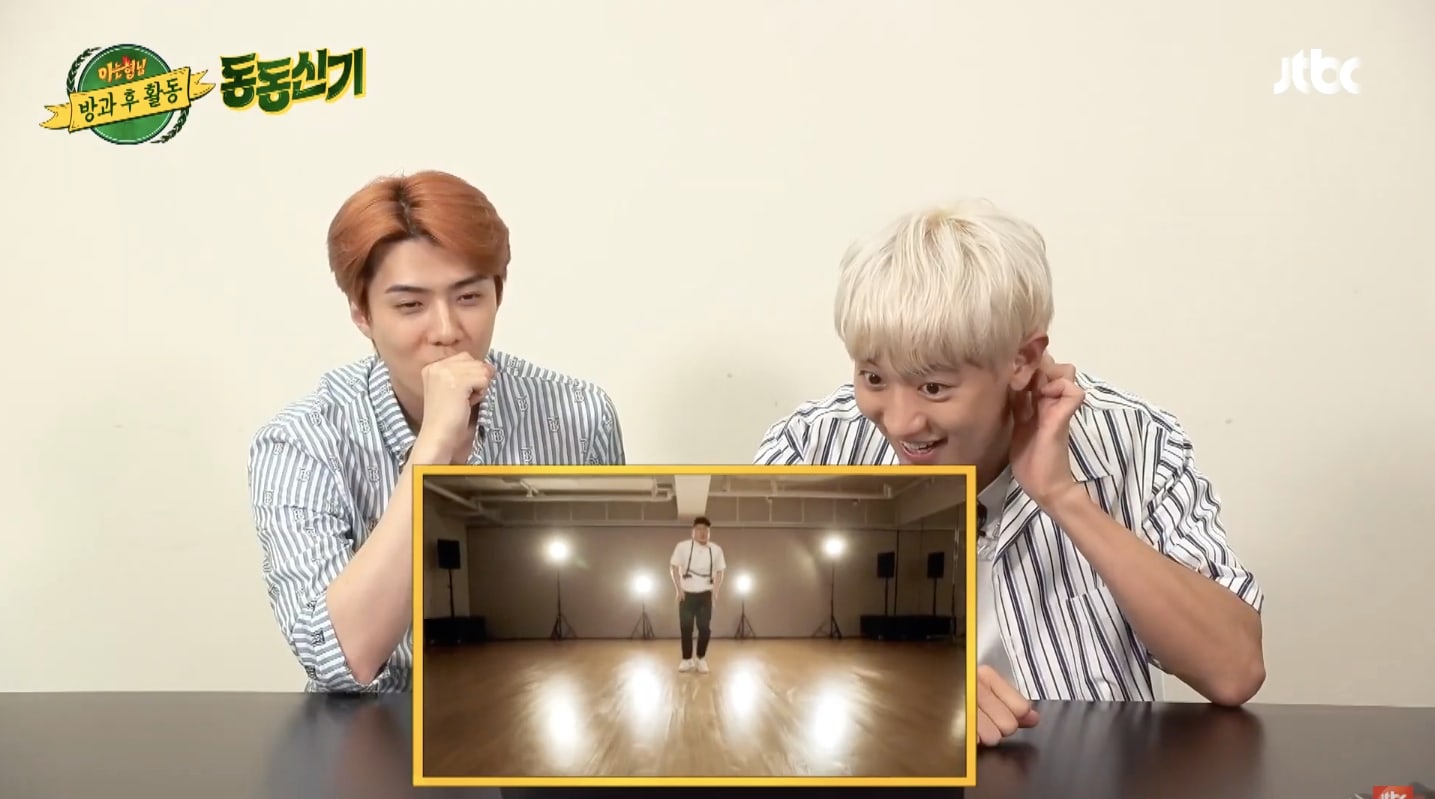 As they watched his second dance to “She Was Pretty,” they complimented Kang Ho Dong’s rhythm and remarked that this vibe matched him better.

After watching both clips, Chanyeol shared, “I liked that his character was very defined, his facial expressions were good, and watching him puts you in a better mood.” Sehun continued, “He emphasized the key points [of the dance] really well,” before adding, “But personally, I wish he wouldn’t dance to ‘Growl.’ I wish he wouldn’t start out with ‘Growl’ from the beginning. I think he should enjoy the fun of dancing first, and then advance to harder levels.” Chanyeol emphasized, “Even after seven years, ‘Growl’ is still hard for me.”

For “She Was Pretty,” Sehun explained that he needed to make bigger and more powerful movements. Chanyeol continued, “Once your body begins to accept the concept of dancing—which my body hasn’t done yet—[it will get easier]. Since I can do it, I believe you will be able to do it too. I love you.” 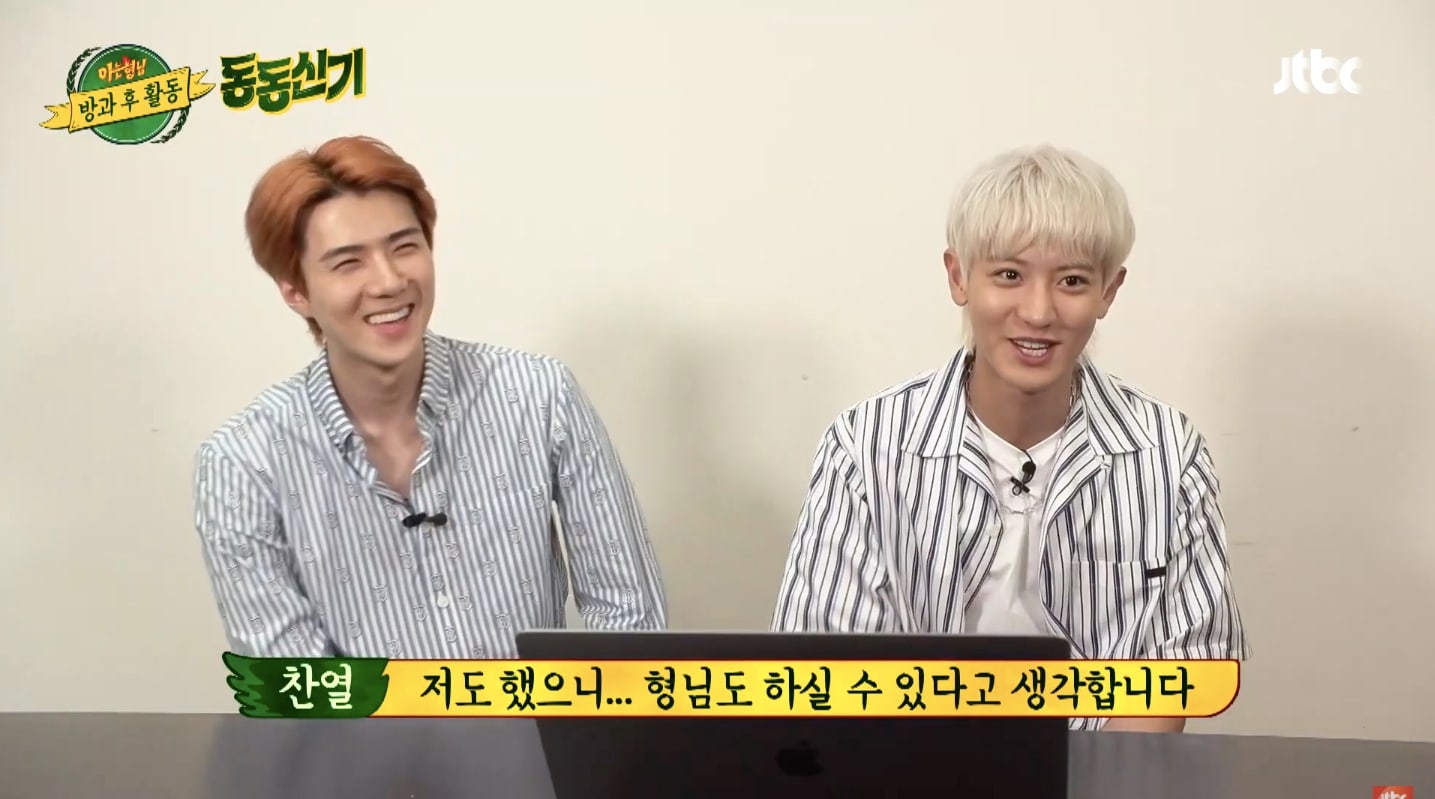 EXO
Ask Us Anything
Kang Ho Dong
Sehun
Chanyeol
How does this article make you feel?