tvN’s Wednesday-Thursday drama “Flower of Evil” has shared a look at Lee Joon Gi and Moon Chae Won’s past.

Baek Hee Sung used to go by the name Do Hyun Soo until he was fingered as a suspect for the village foreman’s murder 18 years ago. Not fully aware of this, Cha Ji Won is investigating the case and trying to catch Do Hyun Soo. Their married life is not as peaceful as it looks on the surface, as Baek Hee Sung’s true identity could be unveiled at any moment.

On August 12, tvN revealed new stills of the couple’s past. Standing under the cherry blossoms, Cha Ji Won romantically plants a kiss on Baek Hee Sung’s lips, making viewers wonder if she has succeeded in breaking down his walls this time. 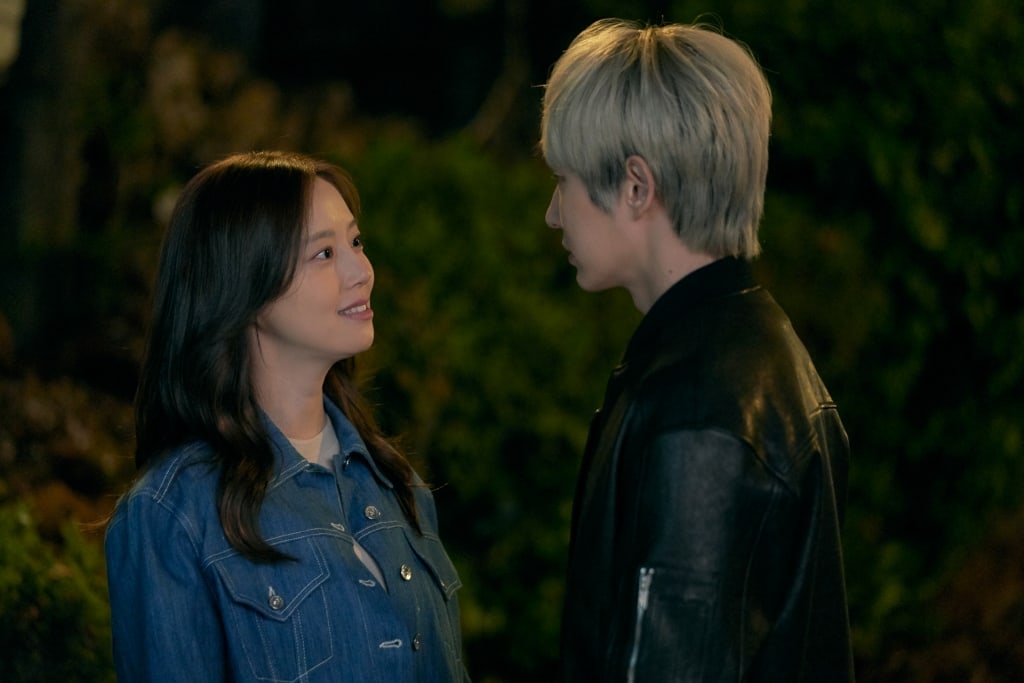 However, Baek Hee Sung sees the hallucination of his father Do Min Seok (Choi Byung Mo), raising curiosity as to why Baek Hee Sung is suffering from a trauma involving his father and how he survived the crisis.

The drama’s producers shared, “In episode 5, Baek Hee Sung and Cha Ji Won’s romance will reach its climax. As you watch, try to follow the way the emotions of the two individuals in the past and the present flow.”