Kim Min Jae Sits Through A Tense Piano Lesson In “Do You Like Brahms?”

Kim Min Jae has his back against the wall in new stills for SBS’s “Do You Like Brahms?”

“Do You Like Brahms?” is a drama about classical music students who fight for their dreams amidst the harsh realities of life. Kim Min Jae stars as Park Joon Young, a genius pianist who has complex emotions about playing the piano.

Park Joon Young has the kind of talent that others envy, but he himself feels pressured by his talent. He grew up in a poor family and turned to the piano in order to make a living. He became famous and took on a challenging schedule of performances in order to survive. After years of this, he finally gained the chance to take a break. However, it seems that the life he has chosen is not so easy to escape.

In the new stills released on September 20, Park Joon Young is receiving lessons from his teacher, Yoo Tae Jin (Joo Suk Tae). Park Joon Young’s posture is rigid and his expression is tight, suggesting that he is not enthusiastic about returning to piano lessons. Yoo Tae Jin is not sympathetic to his pupil’s reluctance, creating tension between them. 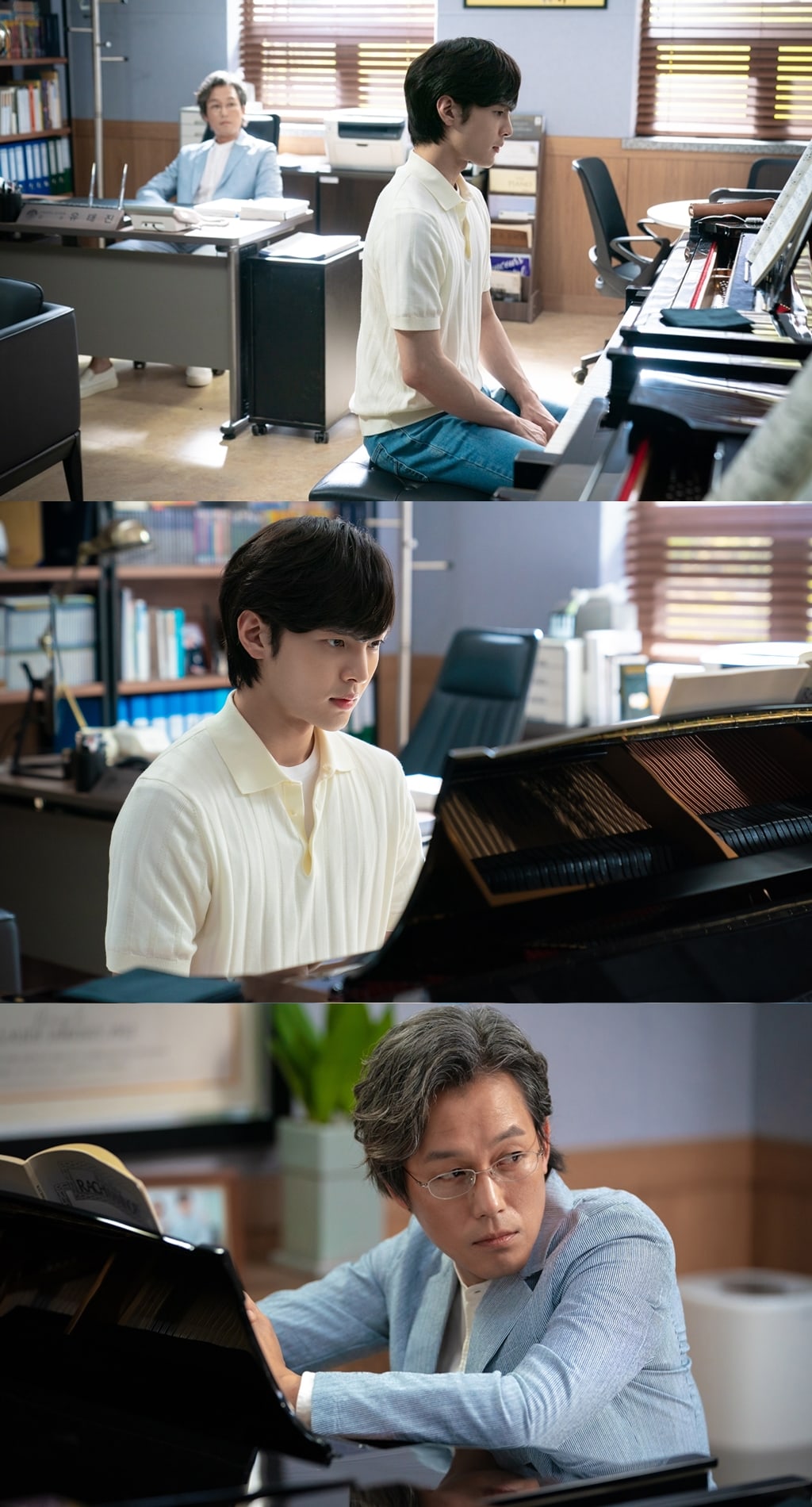 This lesson came about after Park Joon Young resolved to enter a Tchaikovsky competition and asked Yoo Tae Jin for help. Park Joon Young said, “I’ve never once enjoyed a competition in my life,” meaning that his newfound decision was a difficult one for him. It is also a bit of a dare on his part. He placed second in the Chopin competition, but whether he’ll rank high in the Tchaikovsky competition remains to be seen. Park Sung Jae (Choi Dae Hoon) even asked, “Are you crazy?” when he heard about his decision.

At the same time, Park Joon Young currently needs money for his mother’s surgery costs. Although he could make this money through performances, he has chosen to enter a competition instead for reasons of his own.