Earlier this month, it was announced that Park So Dam, Park Na Rae, MAMAMOO’s Solar, Apink’s Son Naeun, and Ah Young Mi would be starring in a new reality show about camping on JTBC.

The show will feature the all-female cast, each of whom have an interest in traveling, going to unique and sentimental places in Korea and spending a night there. In the new posters, each member dresses for a different travel location, from Hawaii, Mexico, France, Spain, and the American Old West. 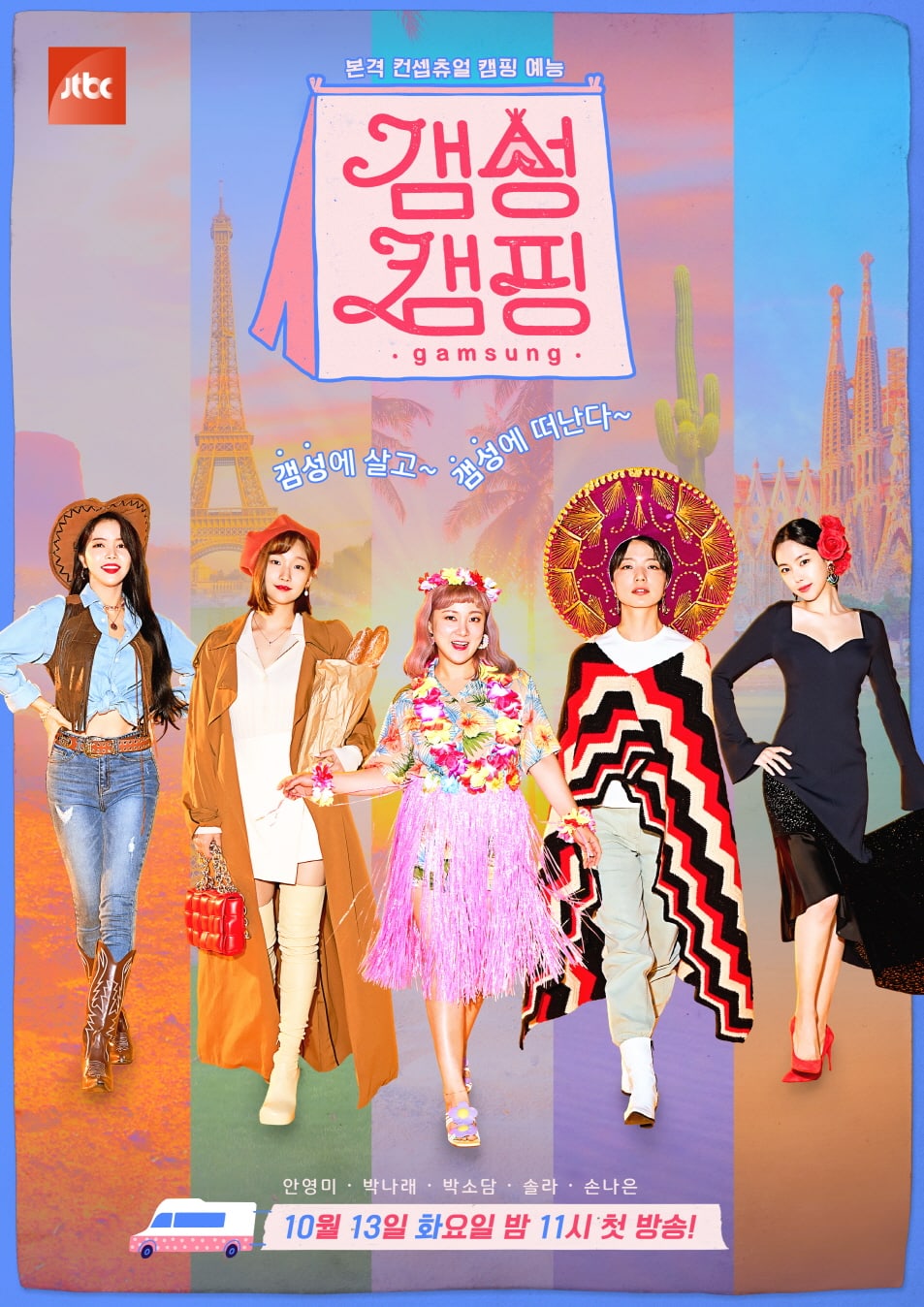 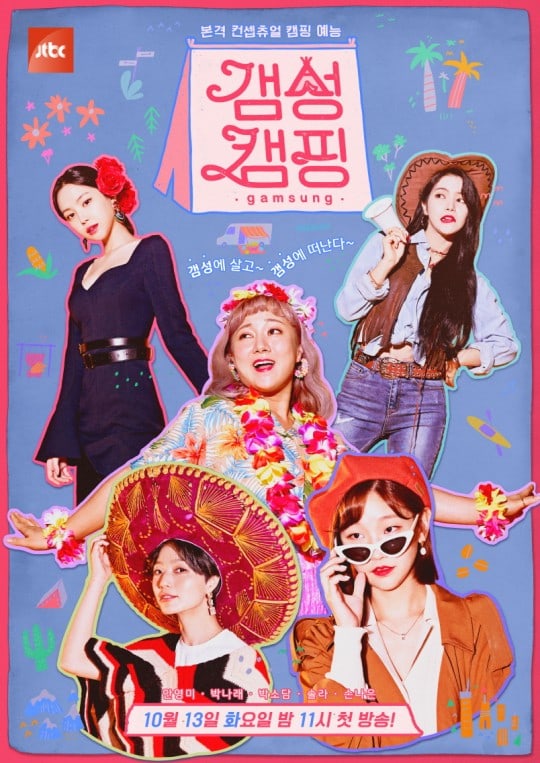 The teaser reflects the vibe of the poster and adds that the show is about going camping with a specific “concept” in mind, although each member has a different idea of what that concept is. It is hinted that the cast will also be going to locations in Korea that are similar to famous tourist locations abroad.

On September 23, JTBC confirmed that Song Seung Heon would be the first guest on the all-female show. He will appear in the first two episodes.

In the meantime, check out Park So Dam and Son Naeun in “Cinderella and Four Knights” below!